USL League One Team of the Week - Week 22 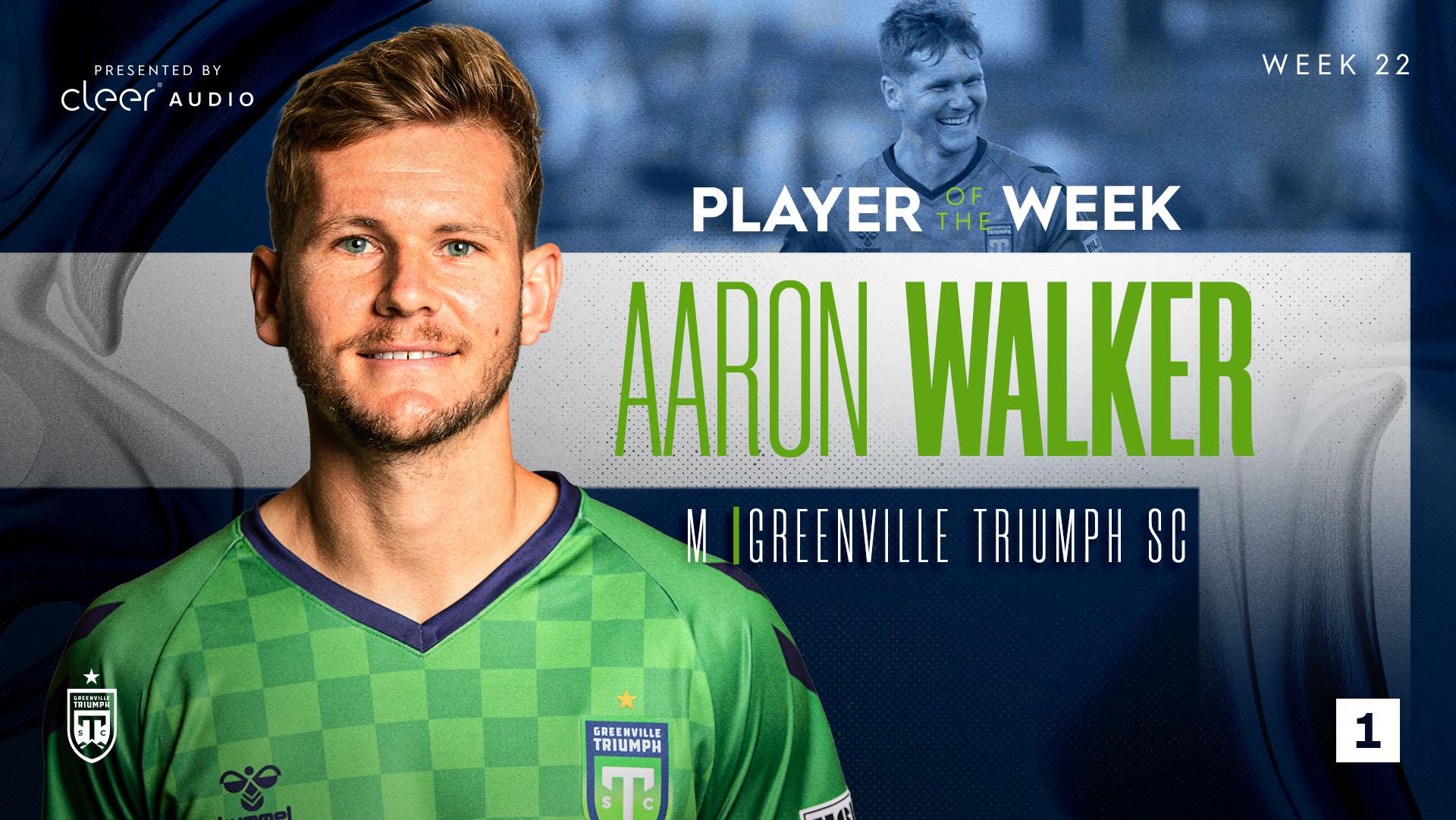 TAMPA, Fla. - USL League One announced on Monday the Team of the Week Presented by Cleer Audio for Week 22 of the 2021 regular season, with Greenville Triumph SC midfielder Aaron Walker named Player of the Week after scoring twice in his side’s 3-0 win against Toronto FC II at Legacy Early College on Friday night.

Walker netted Greenville’s second goal in the sixth minute of play, finishing with a fine curling effort to the far post. He then wrapped up the three points for Triumph SC with another tally in the 68th minute, leading Greenville to its first win in nine games.

Greenville’s win sees the side lead all clubs with three players represented in this week’s Team of the Week. 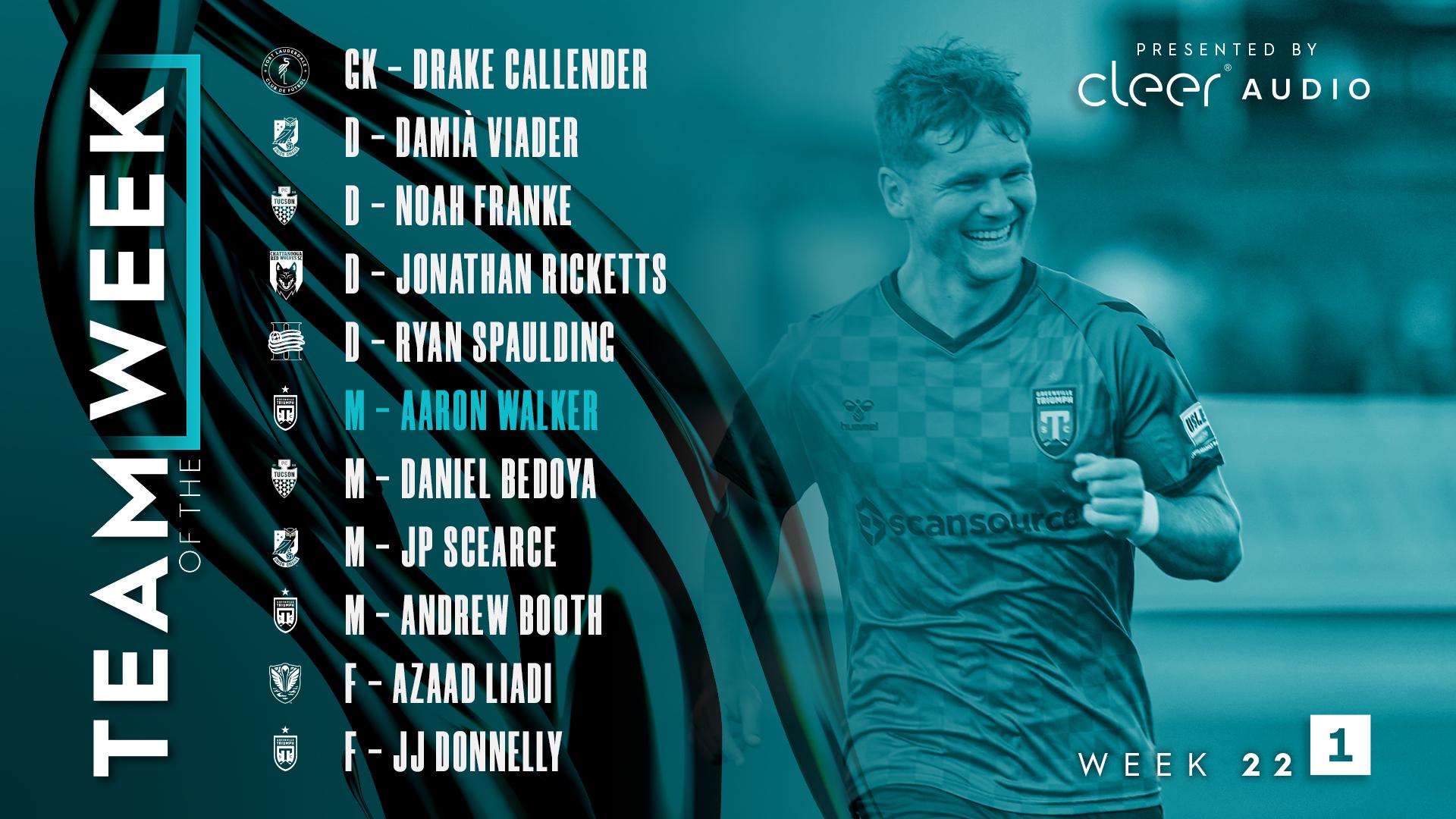 GK - Drake Callender, Fort Lauderdale CF: Despite an attacking barrage from Chattanooga, Callender made seven saves, including six diving stops, to keep a very impressive shutout and help earn his side a point in a 0-0 draw on Saturday.

D - Damià Viader, Union Omaha: Viader scored twice, created two chances, and contributed to a shutout effort on the defensive side of the ball, leading Omaha to a 3-0 away win over North Carolina FC.

D - Noah Franke, FC Tucson: Franke put in a pair of strong performances as Tucson picked up four points from two away games over the course of the week. He was particularly good in Saturday’s 1-1 draw with North Texas, registering an assist, four chances created and three tackles.

D - Jonathan Ricketts, Chattanooga Red Wolves SC: A solid shift from Ricketts was key to Chattanooga picking up a point on the road in south Florida. The versatile defender led all players in the match with seven duels won and three dribbles completed.

M - Aaron Walker, Greenville Triumph SC: In addition to his two goals, Walker won six duels, made two tackles, and passed at an 84 percent success rate as he effectively marshalled the midfield against Toronto.

M - Daniel Bedoya, FC Tucson: Bedoya was dominant in Tucson’s comeback 2-1 away win over New England last Wednesday. He scored the game-winning goal with a spectacular direct free kick, created four chances, made three tackles, and was the most accurate passer in the game with a 91 percent success rate.

M - JP Scearce, Union Omaha: Scearce picked up an assist and notched two chances created in Omaha’s big win against NCFC. He also won nine duels and drew the most fouls of any player in the game with three.

M - Andrew Booth, Greenville Triumph SC: Booth partnered well with Walker in the Greenville midfield to control the tempo of the game against Toronto. He won six duels, drew two fouls, and had one key pass.