USL League One Team of the Week - Week 20 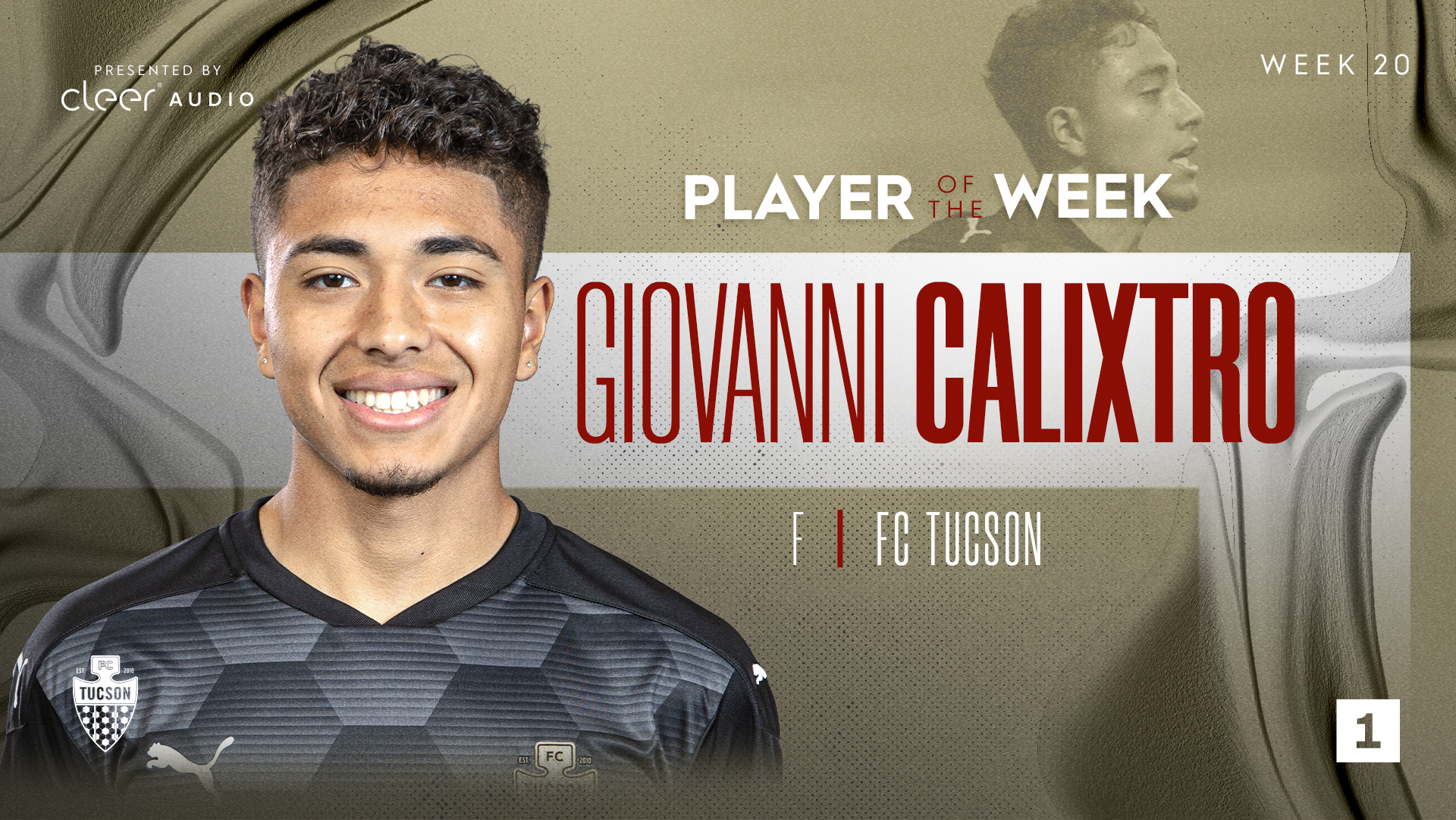 TAMPA, Fla. - USL League One announced on Monday the Team of the Week Presented by Cleer Audio for Week 20 of the 2021 regular season, with FC Tucson forward Giovanni Calixtro named Player of the Week after scoring a hat trick against Fort Lauderdale CF, leading his side to a 4-0 win at DRV PNK Stadium on Sunday night.

Calixtro opened the scoring on six minutes, polishing off a brilliant team move with a clever finish to the far post. He doubled his tally with a close-range strike 20 minutes later, and rounded off his hat trick early in the second half with an instinctive goal in the box.

Tucson’s dominant win sees the side lead all clubs with three players represented in this week’s Team of the Week. 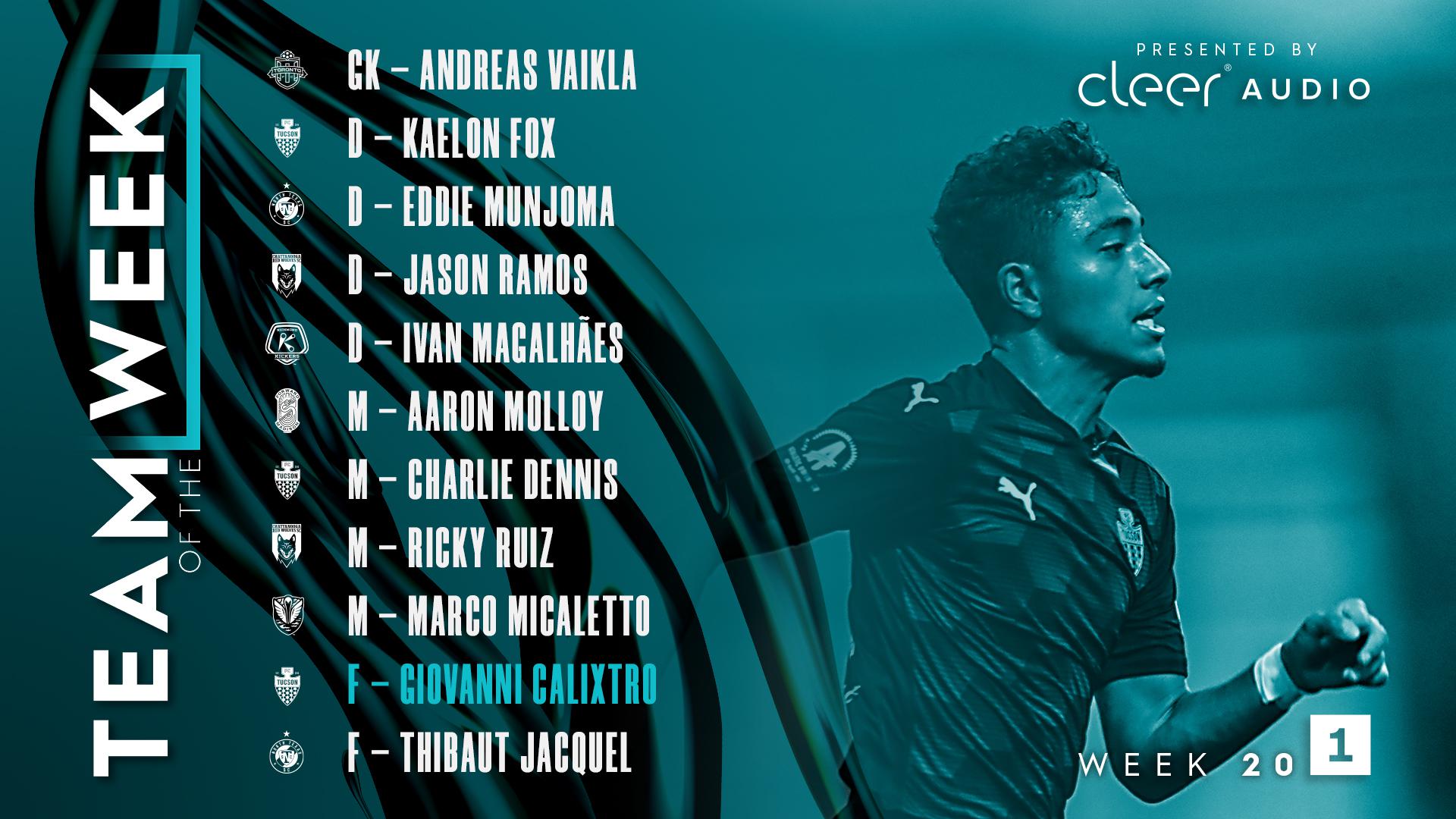 GK - Andreas Vaikla, Toronto FC II: Vaikla made seven saves, three of which were on shots inside the box, to help his side earn an away point against Forward Madison FC on Wednesday night.

D - Jason Ramos, Chattanooga Red Wolves SC: Ramos was excellent in both of Chattanooga’s games last week, a 1-1 draw with North Texas and a 1-0 win over Union Omaha which saw the Red Wolves take over top spot in the table.

D - Ivan Magalhães, Richmond Kickers: The Brazilian center back put in a shift to help Richmond beat Greenville 2-0 on the road, winning 9 of 11 duels and making six clearances while creating one chance.

M - Ricky Ruiz, Chattanooga Red Wolves SC: Ruiz recorded the only goal of Saturday night’s top-of-the-table clash, firing a smart finish to the near post in the 79th minute to help Chattanooga defeat Union Omaha and move into first place.

F - Thibaut Jacquel, North Texas SC: Jacquel was quite the impact substitute in North Texas’ 1-1 draw with Forward Madison on Saturday, scoring a brilliant free kick in second half stoppage time to steal a point for his side.