USL League One Fans’ Choice Goal of the Week – Week 19

A trio of top finishes highlighted the past week of action, which gets your vote?

A high-scoring week of action produced some quality finishes in USL League One this past week as the race for a top-six place continued to build. We’ve picked out three of the best, now it's up to you to decide which will be the Fans' Choice Goal of the Week, presented by Select Sport America.

USL League One Fans’ Choice Goal of the Week – Week 19

Jackson Dietrich (CHA) - #NCvCHA, 8/11/21: Jackson Dietriech made an excellent sliding finish at the back post to get on the end of Ricky Ruiz’s cross from the left to catch his finish on the half-volley and into the back of the net in the Red Wolves’ 4-1 win at WakeMed Soccer Park.

Noel Buck (NE) - #RICvNE, 8/14/21: Buck began the Revolution II’s comeback to earn a point on the road against the Richmond Kickers with a screamer from the top-left corner of the penalty area that flew into the right corner of the net at City Stadium.

Justin Sukow (MAD) - #MADvTRM, 8/14/21: A perfectly directed header off cross from Gustavo Fernandes on the right saw Sukow provide the game-winner for the Flamingos against South Georgia Tormenta FC at Breese Stevens Field. 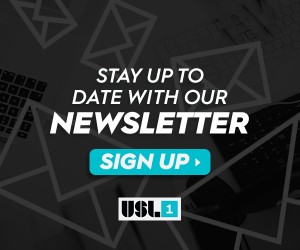