The Front Three: What To Watch For In Week 18 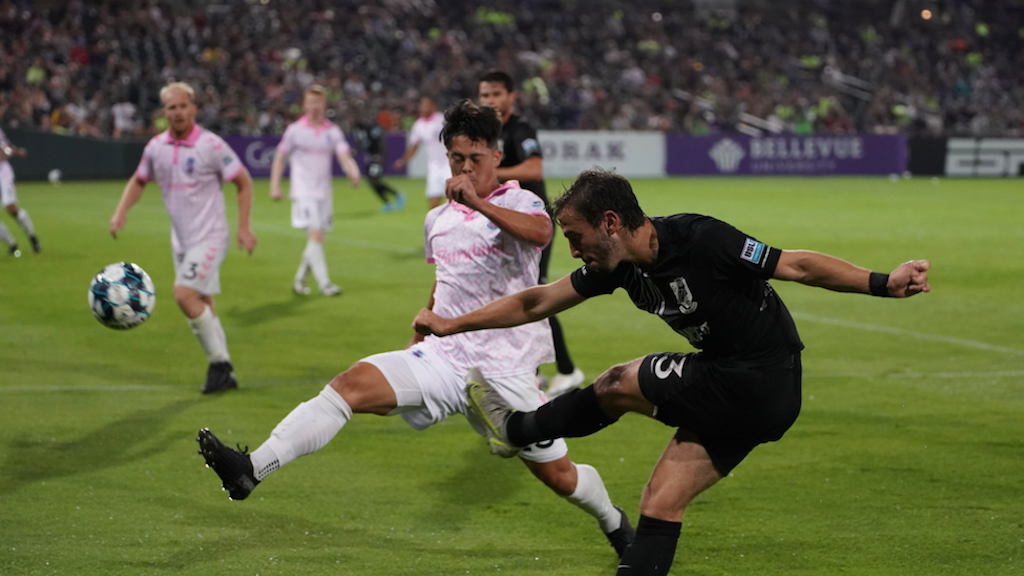 Every week, it feels like this writer comes back and talks about how tight the middle of the League One table is. That’s no different this week, with 50 percent of the league’s teams either on 20 or 19 points through 17 weeks of the regular season.

One potential reason for this is that draws have been extremely common in League One this year. Take the last nine games as a sample - six have ended all square. As the amount of remaining games for each team begins to thin though, they’re going to have to start going for three points instead of one. At a certain point, piling up too many draws - even without losing - does you no good at all.

With the state of the standings, wins feel even more valuable, and with five more games in Week 18 there’s a chance for plenty of clubs to move themselves up the table. Here are three storylines in particular to watch out for this week.

A Mini-Renaissance In Raleigh

Well, technically in Cary, but there’s no alliteration there. Don’t look now, but bottom-dwellers North Carolina FC could very well lay claim to being the hottest team in League One.

John Bradford’s team is 3-1-2 in its last six games, and while it still sits in last place, it looks like a team which has found its confidence and one which will be a completely different proposition to play against than it was in the first part of the season. A trip to take on the New England Revolution II on Thursday (7 p.m. ET | ESPN+) offers an opportunity to pull within one point of FC Tucson in 11th place, who themselves are only four points away from the playoff line.

If Robby Kristo, Jay Tee Kamara and Co. can continue this excellent run of form in front of a defense which has kept three shutouts in its last five outings, we could see this group do something special.

The former series is currently swung in the favor of Tormenta, who have won 2 of 3 meetings with Greenville thus far this season. The latter is all even, with each side owning a victory and the most recent match finishing as a draw. Points are at a premium for all four of these teams for their respective reasons - Omaha is still in first, but would like some breathing room. Greenville sits above the mid table fray, but only just, and doesn’t want to get drawn into a scrap for the postseason places in the season’s final weeks. Madison and Tormenta are both currently in that scrap, but would like to work their way out of it.

Both of these games should see players throwing everything they have in search of three points, which should be a fun watch for neutrals.

Neither FC Tucson nor North Texas SC keeps a lot of clean sheets, which is what made the 0-0 draw between them in their first meeting of the season so surprising. In fact, aside from that game, Tucson has not recorded a single shutout, and North Texas has held its opposition scoreless just once.

Hopefully for the neutral viewer, there will be a bit more offensive firepower on display when the sides meet at Kino North Stadium on Saturday night (10 p.m. ET | ESPN+). Both teams are on 16 points and have played between one and four less games than each of the three clubs just above the playoff line. If either side can find a way to get three points, it will inject itself straight into the heart of the postseason conversation.