USL League One Team of the Week - Week 16 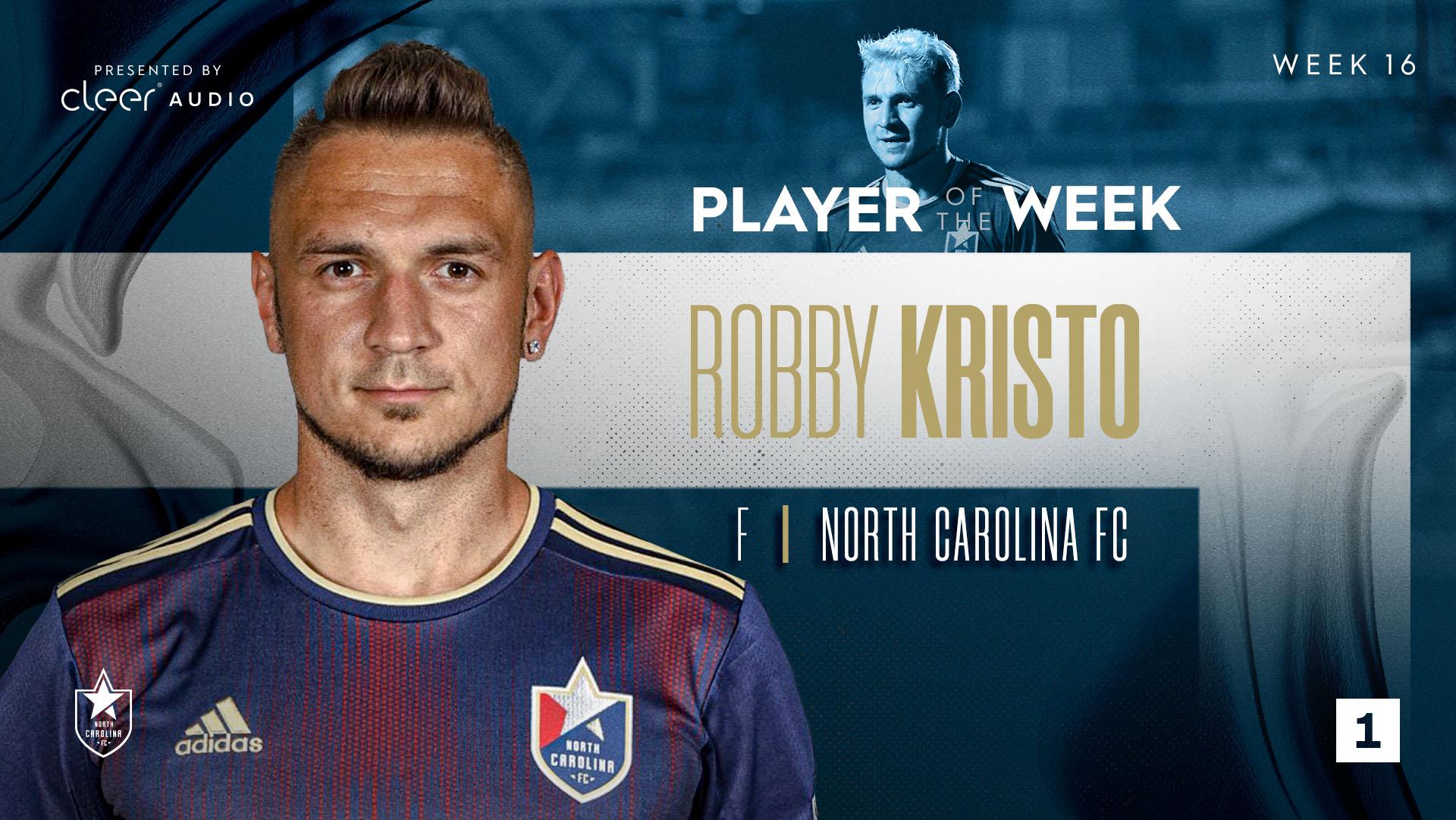 TAMPA, Fla. - USL League One announced on Monday the Team of the Week Presented by Cleer Audio for Week 16 of the 2021 regular season, with North Carolina FC forward Robby Kristo named Player of the Week after scoring a pair of goals in his team’s 4-0 home win against the Richmond Kickers on Wednesday night at Sahlen’s Stadium at WakeMed Soccer Park.

Kristo opened the scoring in the 19th minute with a well-placed header, then doubled his tally with a world-class goal from the midfield circle four minutes before halftime. The striker did well to control the ball with his back to goal, swiveled, and hit a lob shot which caught Richmond’s goalkeeper off his line and flew spectacularly into the net. The goal landed as the No. 2 play on ESPN’s SportsCenter Top 10 the following morning.

NCFC’s lopsided home win and Union Omaha’s 2-1 win over FC Tucson on Saturday night - which sent los Búhos two points clear at the top of the table - see the two clubs lead all clubs with three players each represented in this week’s team. 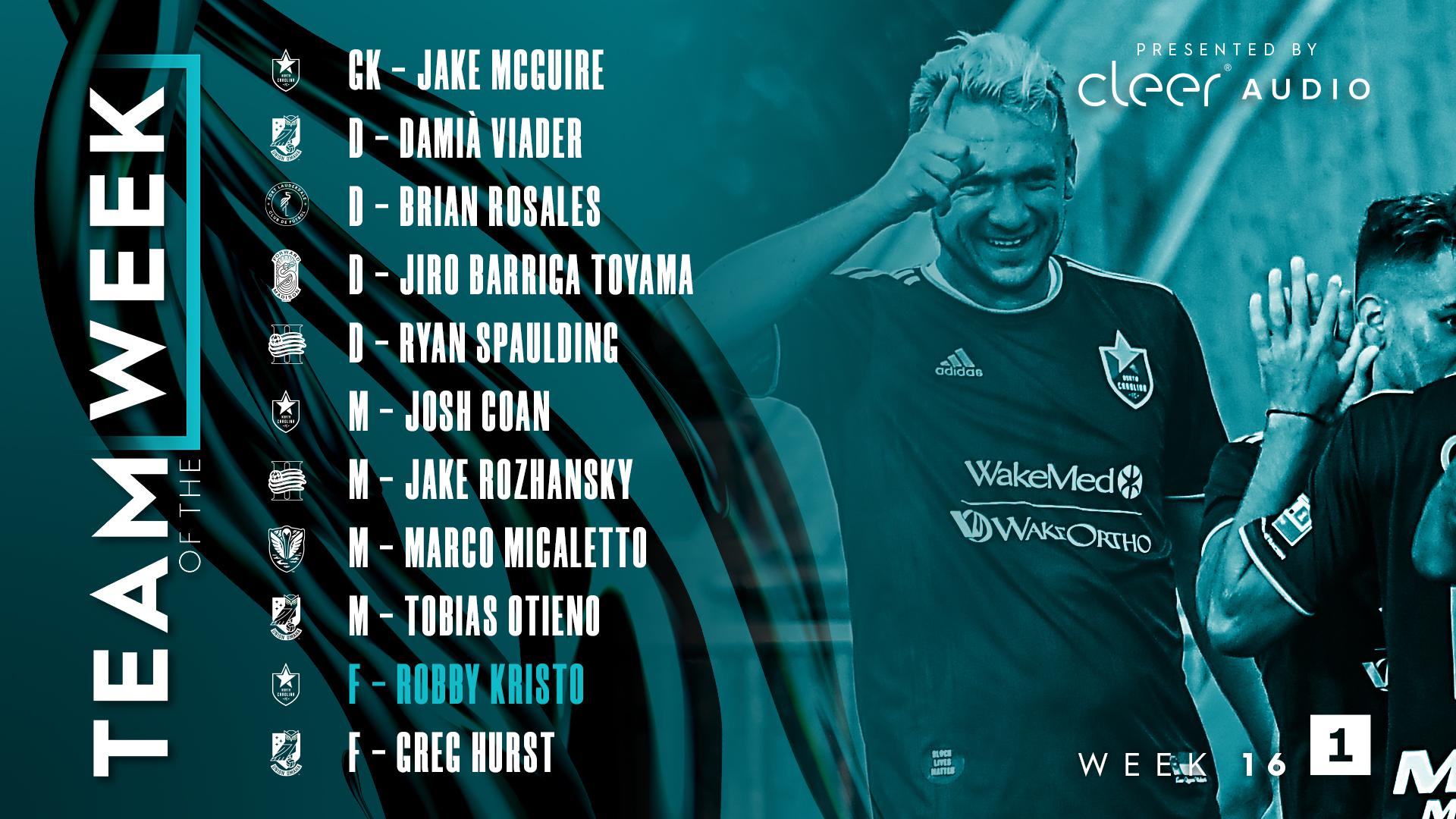 D - Damià Viader, Union Omaha: Viader scored a rocket of a left-footed goal to open the scoring in Omaha’s Saturday night victory in Tucson, and led all players in the game with three chances created while winning 4 of 6 duels.

M - Josh Coan, North Carolina FC: Coan scored a pair of quality goals in the second half of NCFC’s 4-0 win against Richmond, notched one key pass, and won 4 of 6 duels.

M - Jake Rozhansky, New England Revolution II: Rozhansky bossed the midfield for the Revolution II on Friday night. He completed a game-high 60 passes at a 95 percent success rate, assisted Spaulding’s game-winning goal as one of five chances he created in total, and won nine duels.

M - Marco Micaletto, South Georgia Tormenta FC: Micaletto contributed to both of Tormenta’s goals in its 2-2 draw with Richmond, scoring the first himself from the penalty spot and setting up Kobe Perez for the second. He also created a game-high three chances.

M - Tobias Otieno, Union Omaha: Otieno was a force to be reckoned with in the Omaha midfield, winning a game-high 10 duels and making three tackles while creating two chances.