The Front Three: What To Watch For In Week 16 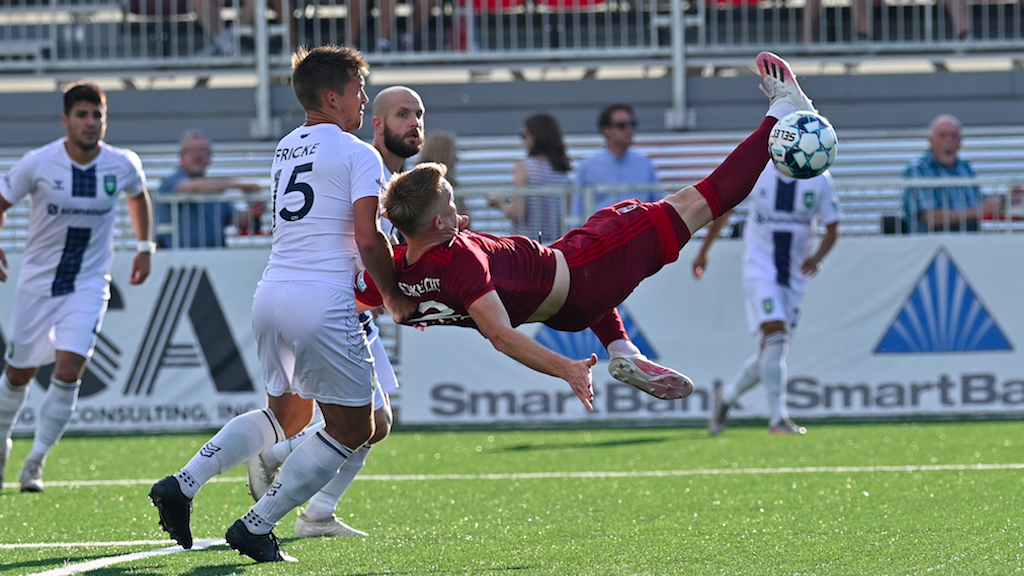 As the League One season reaches its midway point, this writer’s primary question is: can any one team pull away from the pack? The midtable remains a tightly-packed mess, as eight teams sit within four points of each other. Even the three teams which have occupied the top spots for weeks now - Omaha, Chattanooga and Greenville - continue to drop points, and as such haven’t quite put as much distance between themselves and the rest as they would have liked.

With five games slated for this weekend, as always, there’s a chance for teams to make a big jump (or suffer a big fall) in the standings with a quality performance. Here are three things to watch for across the fixtures on Friday and Saturday nights.

So far this season, there have been three meetings between the league’s aforementioned top three - Omaha, Chattanooga and Greenville. All three of those games have ended with the same result: a 1-1 draw.

This Saturday night, we get another of these fixtures when Greenville visits Chattanooga (7 p.m. ET | ESPN+). Top teams playing a bit more cautiously against other top teams is nothing new in soccer - and in the games between these sides so far this season, it has seemed like both teams were happy with a point on each occasion.

But ultimately, if one of these teams can find a way to win these big games, it could go a long way toward the regular season title and creating separation from the pack of chasing teams further down the table.

A Big Weekend in Statesboro

It’s a massive weekend for soccer in South Georgia, as both Tormenta FC and its USL League Two side Tormenta FC 2 host big games at Erk Russell Park. The Statesboro venue will serve as the host location for the League Two Southern and Eastern Conference Finals on Friday - in which the former sees TFC 2 take on North Carolina Fusion U23 - and the League Two National Semifinals on Sunday.

Sandwiched between those rounds, the First Team hosts the Richmond Kickers on Saturday (8 p.m. ET | ESPN+). Tormenta has been very much hot-and-cold this season: a seven-game winless run to start the year begat a four-game winning streak, which in turn was followed by another four-game winless run. A thrilling 3-2 comeback win on the road against Greenville last weekend was perhaps this team’s most impressive performance of the season though, and could prove the spark for another positive streak.

But it won’t be easy against the Kickers, who will be hungry for a bounce-back performance after a heavy defeat at the hands of North Carolina FC on Wednesday. If you’re anywhere near South Georgia, consider making the trip this weekend.

Saturday night’s clash between FC Tucson and Union Omaha (10 p.m. ET | ESPN+) features two teams on unbeaten streaks of different lengths. Omaha’s stretches back seven games, when the Owls suffered the only loss of their season so far away to Forward Madison FC. That run sees them occupy top spot in the table, but only on goal difference over Chattanooga.

Tucson, on the other hand, has won two and drawn one of its three games since interim Head Coach Jonathan Pearlman took the helm. Both wins came at Kino North Stadium, where Tucson will host the league leaders on Saturday night. The Arizona club lost to Omaha back on June 26, but gave a really good account of themselves in that game. This has all the ingredients to be a good one.