USL League One Team of the Week - Week 15 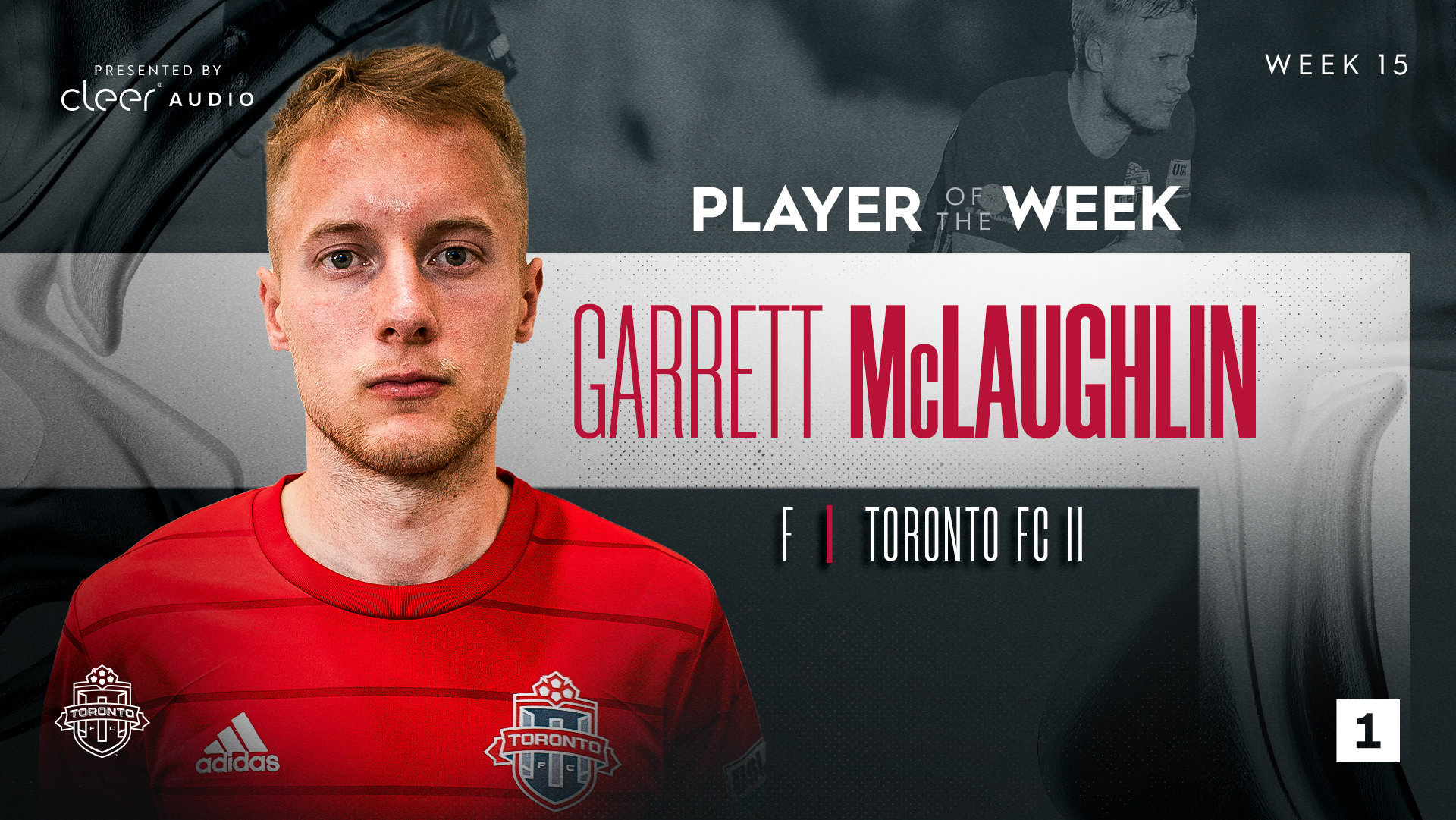 TAMPA, Fla. - USL League One announced on Monday the Team of the Week Presented by Cleer Audio for Week 15 of the 2021 regular season, with Toronto FC II forward Garrett McLaughlin named Player of the Week after scoring a hat trick in his team’s 4-2 away win against North Carolina FC on Sunday night at WakeMed Soccer Park.

McLaughlin opened the scoring in the 23rd minute with a simple finish before producing an incredible bicycle kick nine minutes later, one of the top goals of the League One season thus far. He then polished off a counterattack in the 83rd minute to complete his hat trick and seal victory for the Young Reds.

The 23-year-old striker becomes the first player this season with multiple Player of the Week awards to his name, after also earning the honor in Week 7.

TFC II and FC Tucson both won 4-2 over the weekend against NCFC and the New England Revolution II, respectively, and as such lead all clubs with two players each represented in this week’s team. 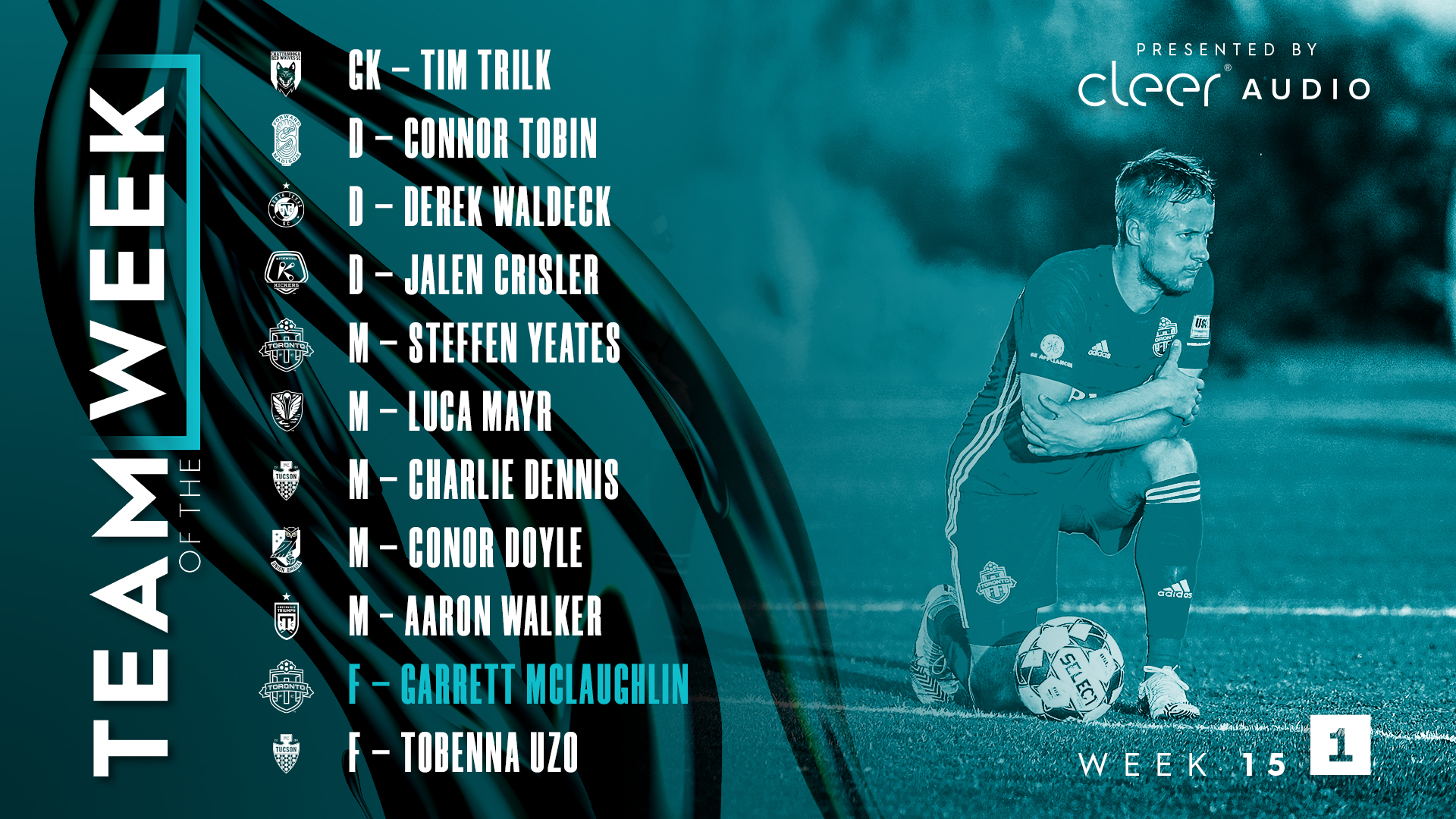 D - Connor Tobin, Forward Madison FC: Tobin contributed to Madison earning an away point against Union Omaha on Friday night at both ends of the field. He scored a 67th-minute equalizer, won 5 of 6 duels, and directly denied Omaha's prolific striker Greg Hurst on two separate occasions with a goal line clearance and an emergency sliding block.

D - Derek Waldeck, North Texas SC: Waldeck whipped in an inch-perfect cross to set up North Texas’ only goal in its 1-1 draw with Chattanooga on Saturday, completed a game-high 37 passes at a 77 percent success rate, and made two tackles.

M - Steffen Yeates, Toronto FC II: Yeates hardly put a foot wrong for the Young Reds against NCFC. His passing was sublime, as he created a game-high five chances and completed 65 passes at a whopping 97 percent success rate.

M - Conor Doyle, Union Omaha: Doyle ran the show in midfield during Omaha’s 1-1 draw with Forward Madison FC. He assisted Devin Boyce with a quality through ball for the team’s only goal, won 6 of 7 duels, completed two dribbles and won two tackles.

F - Tobenna Uzo, FC Tucson: Uzo bagged his first two goals in Tucson colors in the team’s win against New England, both headers in the second half. He also led all players in the game in duels won (nine) and fouls drawn (five).