The Front Three: What To Watch For In Week 13 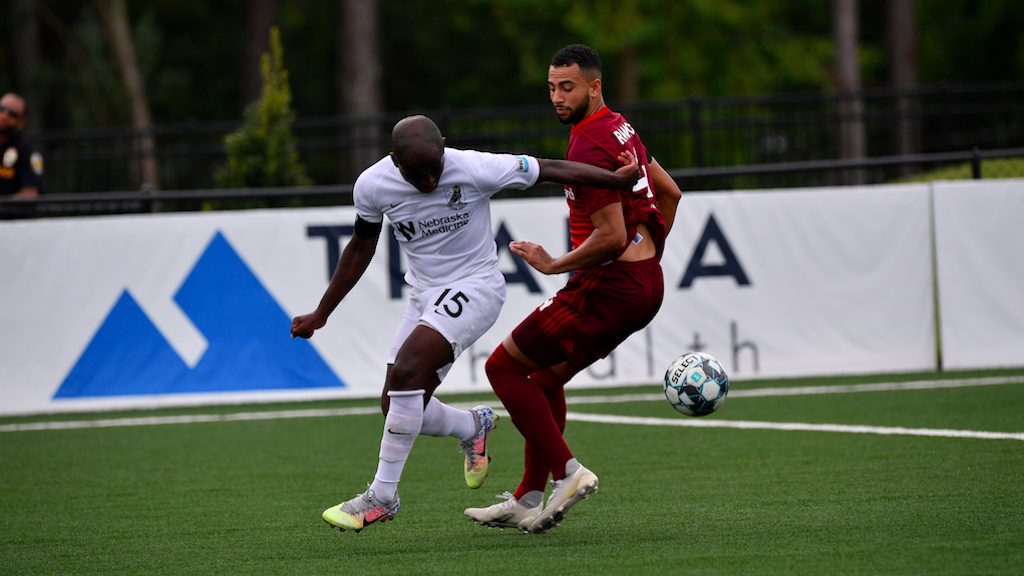 The calendar has turned to July, and this weekend kicks off a month full of League One action. Five games across Saturday and Sunday nights promise plenty of intrigue, and a few in particular will have a major impact on the standings - even though we’re still only in the first half of the campaign.

Here are three things in particular to keep an eye on this weekend.

Top of the Table Tilt

So far this season, the two teams averaging the highest points-per-game are Chattanooga Red Wolves SC (2.13) and Union Omaha (2.10). In the actual table, Omaha sits four points ahead of Chattanooga having played two more games - but both sides will put themselves to the test on Saturday night when they square off at Werner Park (9 p.m. ET | ESPN+).

The winner this weekend (if there is one) would walk away with a very valuable three points, and claim early season momentum in the title race. The added twist of Omaha’s Greg Hurst and Conor Doyle, both of whom played for Chattanooga last season and are likely to start against their former club, only gives an extra sense of intrigue to this matchup.

A lot of Saturday night’s other games feature one or two teams coming off of losses - which means they’ll all be hungry to bounce back to the win column. The Richmond Kickers host North Texas SC at City Stadium (6:30 p.m. ET | ESPN+) in a matchup of two sides coming off particularly disappointing results - last week, Richmond became the first team this season to lose to North Carolina FC, while North Texas received a 3-0 drubbing at the hands of the New England Revolution II.

Elsewhere, North Carolina FC will look to build on the momentum of its aforementioned first win as it travels to Statesboro to play South Georgia Tormenta FC (8 p.m. ET | ESPN+). Tormenta is coming off back-to-back losses to Toronto FC II following its four-match win streak, and would desperately love to start another win streak as soon as possible.

Finally, FC Tucson hosts Fort Lauderdale CF (10 p.m. ET | ESPN+) looking for revenge for a 5-1 defeat at the hands of the Florida club early this season. It will be interim Head Coach Jon Pearlman’s first game at the helm, so expect to see this Tucson team doing a few things differently as it tries to right the ship.

Last season, Greenville Triumph SC finished 17 points and eight positions above the New England Revolution II in the table - yet in the only meeting between the two, the Revolution II won 1-0, handing Greenville its first loss of the 2020 season at Gillette Stadium.

On Sunday, Triumph SC makes its second-ever visit to Foxborough (2 p.m. ET | ESPN+), and it does so in need of a win. Greenville isn’t in a bad spot at the moment, sitting only three points behind league leaders Omaha. But the team’s form since its three-week break in late May/early June is a bit of a concern, as the reigning title-winners have collected just five points from five games.

To be fair, the team played those five games in a 13-day span, and it’s not easy for any team to be at its best playing so often. Triumph SC will enter Sunday on the heels of a well-deserved eight-day rest, so expect to see the team eager to put in a good performance. It won’t be easy against a New England team which has shown time and again this season how difficult it is to beat, though.