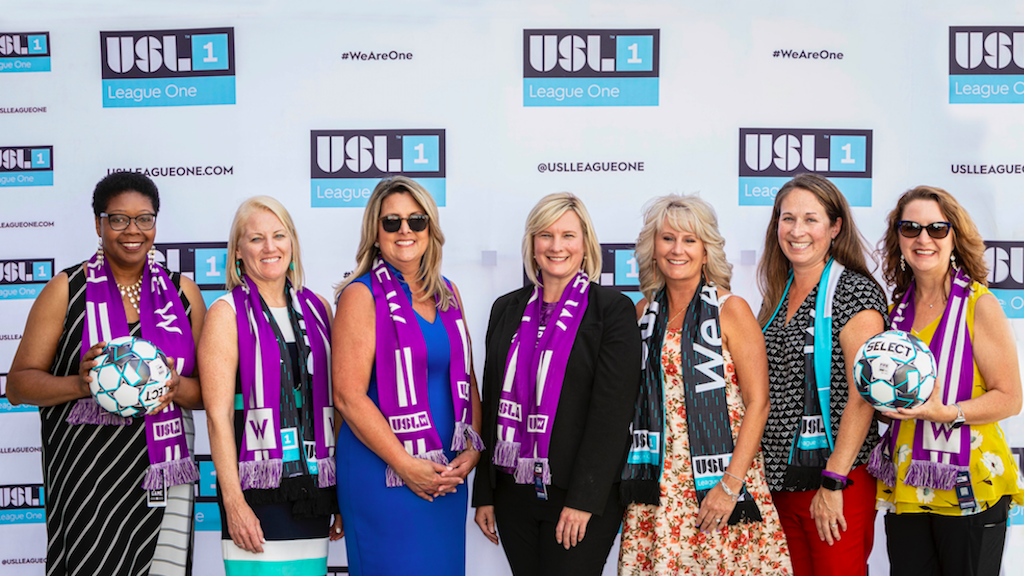 SPOKANE, Wash. - With one of the country’s most passionate fan bases located in Seattle, Washington has a great reputation as a soccer hotbed. But in recent weeks, the Evergreen State’s second-largest city has planted its own seeds to help its soccer community grow and thrive like never before.

In early May, the Spokane School Board voted to approve a new 5,000-seat stadium in downtown Spokane that would become the home of a USL League One club. Then on June 8, the United Soccer League announced the formation of the USL W League, a new pre-professional league which strives to use women’s soccer as a force for societal good by creating a national platform to increase opportunity, gender equity, and career development.

Building on the momentum of both of those developments, the United Soccer League announced on Wednesday its intention to bring a W League team to Spokane that could kick off as early as 2022.

“Spokane has all the ingredients to be one of the best soccer cities in America,” said Betsy Haugh, Director of Operations for the W League. “With the addition of a W League team, Spokane will be able to provide more opportunities for women in the region to play, coach, and work in soccer. We can't wait to work together with the community to build a club that is an authentic representation of Spokane, as well as continuing to grow the W League's presence in the Pacific Northwest.”

Earlier this week, Eastern Washington native Cindy Wendle was announced as President of USL to Spokane. Wendle, who joins FC Tucson’s Amanda Powers as the second acting woman president in the USL ecosystem, will lead the organization’s day-to-day operations as it prepares to launch a club with both a W League team and a USL League One expansion team in the Lilac City over the next two years.

“We’re incredibly excited to be able to create new opportunities for our community to be involved in women’s sports,” said Cindy Wendle, President of USL to Spokane. “Enhancing gender equity and opportunity for women not only in competition but in all areas of sports management is paramount, and I am honored to be a part of the team bringing this amazing project to life.”

By forming a women’s team alongside the planned men’s team, and having its organization under women leadership, USL to Spokane has laid the groundwork for a club which represents all members of its community. That’s an aim Wendle specifically mentioned in an interview with KXLY 4 News.

“What I’m really hoping for is when we look at our team, and the fans are in the stands, it’s reflective of who we are,” said Wendle. “Everyone’s welcome, it’s inclusive.”

As the club begins to take shape, its core commitment to gender equity will set the foundation for an organization well-positioned to serve its diverse community.