The Front Three: What To Watch For In Week 12 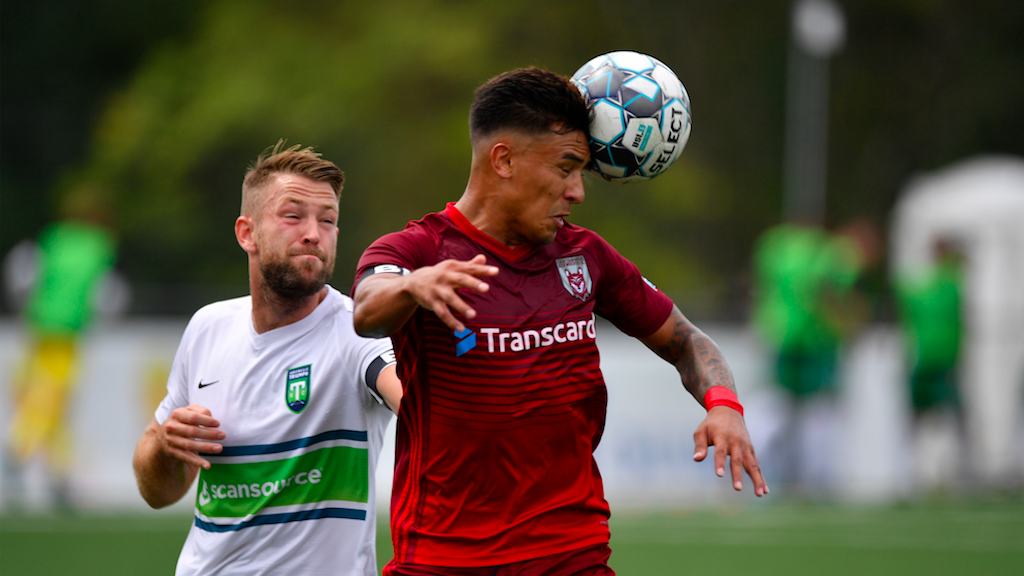 After a wild Wednesday night of League One action which saw a pair of games feature four goals each, the stage is set for another exciting weekend with 10 of the league’s 12 teams in action across Friday and Saturday.

With the final weekend in June ready to shake up the standings once again, here are three storylines in particular to keep your eye on.

Points At A Premium

When North Carolina FC and the Richmond Kickers square off for the second time this season on Friday night (7 p.m. ET | ESPN+), both teams will be in search of invaluable points, but for different reasons.

When Richmond and NCFC played back on May 22 at City Stadium, the two sides produced the season’s first scoreless draw - and to date, that is the only point NCFC has picked up this season. The team’s record paints a worse picture than its performances - all six of NCFC losses have been by only one goal, and opponents have scored three of those decisive goals against the Cary club in second half stoppage time. At some point though, the ability to take heart from promising performances without results dissipates, and when NCFC welcomes the Kickers to WakeMed Soccer Park, the team will be more than eager to get its first win on the board.

For the Kickers, it hasn’t been a poor start to the season, but it has been a bit underwhelming. The club’s record of 3-3-3 has it firmly in mid-table. Draws can be just fine, but too many can be damaging, and if the team is to achieve its ambitions of competing for top honors, it needs to string together some wins to keep pace with the teams currently leading the title race.

Top Spot Up For Grabs

It’s tight at the top of the League One standings right now, and come Sunday morning, there are three clubs who could occupy first place based on their results on Saturday. Two of those three play each other, as Chattanooga Red Wolves SC hosts Greenville Triumph SC (7 p.m. ET | ESPN+). The Red Wolves are yet to drop a point at CHI Memorial Stadium with a perfect three wins from three, and would take over top spot with a win as well as an Omaha loss.

Greenville could also move into first place with a win plus a loss or a draw by Omaha, and John Harkes’ side will be hungry to get back to the form that saw it win four of its opening five matches. Since then, Triumph SC has picked up only four points from its last four games. A victory over the team just below them in the table would give Greenville some much-appreciated breathing room.

As mentioned above though, both Chattanooga and Greenville would need Union Omaha to drop points in its home game against FC Tucson (8 p.m. ET | ESPN+) in order to leapfrog los Buhos into first place. Omaha has won both its home games so far this season, and will face a tough test in a Tucson side that has shown real promise this season but struggled to pick up points.

The New England Revolution II haven’t always won this season, but they’ve consistently been one of the most entertaining teams to watch thanks to a cadre of exciting young attacking players. The team has scored in each of its last five games, and has scored multiple goals in four of those five.

Last weekend’s win over Forward Madison FC showcased the side at its best, with 16-year-old Noel Buck and 18-year-old Michael Tsicoulias both continuing their strong runs of form in front of goal to start the season. On Saturday, the Revolution II return home to Gillette Stadium for the first time since May 28 to host North Texas SC (7 p.m. ET | ESPN+). North Texas is another team that likes to attack, and fans tuning in should be in for an intriguing battle.