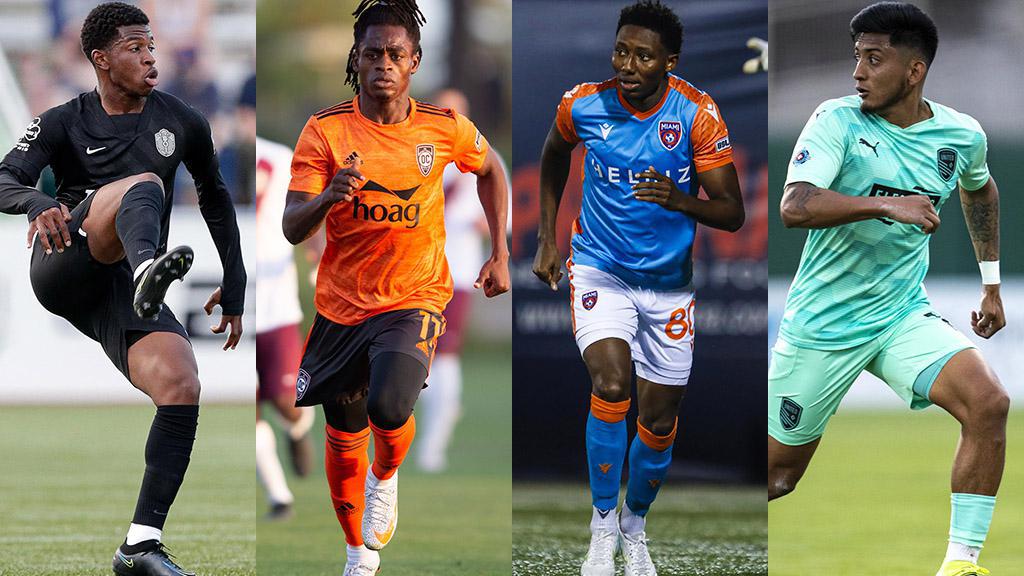 TAMPA, Fla. – Thirty-eight players from 23 teams across the USL Championship and USL League One were on Friday named in the preliminary rosters for the 2021 Concacaf Gold Cup, set to begin next month across the United States. Included in the group were numerous familiar faces, and some first-time call-ups across 13 national teams that will participate in the final qualifying stage of the tournament and the 13 countries that have already qualified for the opening group stage.

Young Louisville City FC standout Jonathan Gomez leads the selections as the lone player from the Championship to be named to the United States Men’s National Team roster, a notable achievement for the 17-year-old who has turned heads this season with his consistent play at left back for LouCity. Gomez was recently invited to train with the Mexico Men’s National Team in Texas prior to its participation in the Concacaf Nations League Finals.

Other notable call-ups include that of New Mexico United’s Amando Moreno, who joins current Orange County SC loanee Eric Calvillo, Hartford Athletic’s Walmer Martinez and FC Tulsa’s Joaquin Rivas in the El Salvador squad that will enter the tournament in the group stage.

Jamaica’s squad led the way with the most Championship players selected by any nation with eight, with Miami FC’s Speedy Williams and Lamar Walker being joined by the Championship’s all-time leading scorer Dane Kelly of the Charlotte Independence as well as Phoenix Rising FC’s Kevon Lambert and New Mexico United’s Brian Brown among the selections.