The Front Three: What To Watch For In Week 11 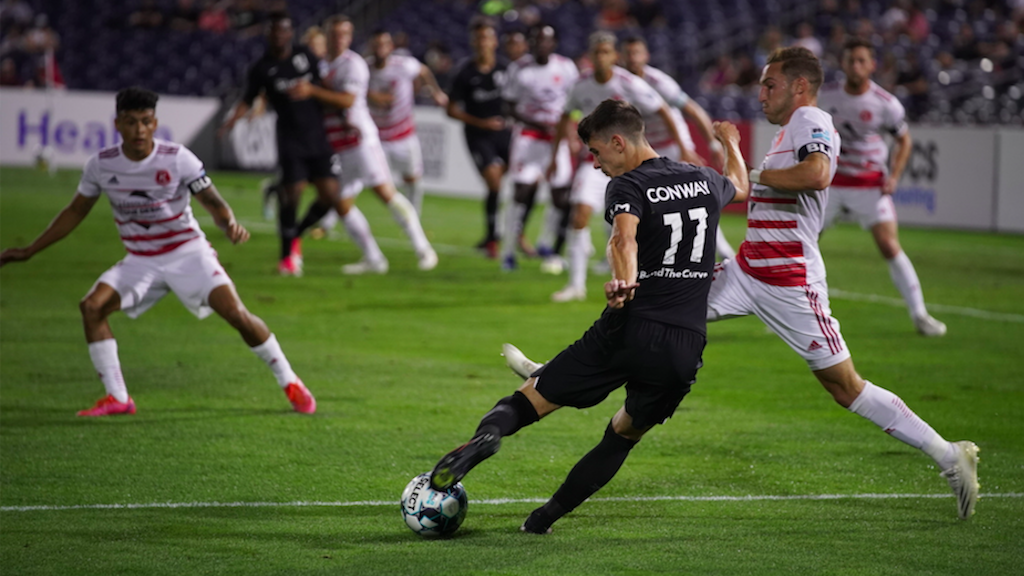 The busiest day of the League One season so far is this Saturday, June 19. With five games all kicking off within two hours of each other, you’ll have plenty of options to choose from for your Saturday night viewing. It’s the perfect way to celebrate the dual holiday weekend of Juneteenth and Father’s Day.

With that in mind, here are three storylines in particular to take note of across the six total games this weekend.

To this point in the League One season, only four teams concede fewer than one goal per game on average. Two of those four in the Richmond Kickers and Union Omaha meet on Saturday (6:30 p.m. ET | ESPN+), when los Búhos visit City Stadium for the first time in their young history.

That doesn’t necessarily mean the weekend’s matchup will be low-scoring though. Omaha has scored six combined goals in its last two outings, while Richmond recorded three in its last home game. With both teams having played eight games thus far and Omaha holding a six-point advantage over the Kickers in the table, this already feels like a big game for Richmond to stay within touching distance of the top of the table.

After losing six of its opening seven games, South Georgia Tormenta FC has rattled off a three-game win streak. All three victories were by 1-0 scorelines, and Tormenta hasn’t conceded a goal in 278 minutes. It’s a very impressive turnaround in form, but both the winning and the shutout streaks will be given a stern test on Saturday when Tormenta welcomes Greenville Triumph SC to Erk Russell Park for the second time this season (8 p.m. ET | ESPN+).

Triumph SC has been held scoreless only once in seven games this season, though South Georgia proved very tough for the reigning title-winners to break down in their first meeting this year. Greenville won 1-0 that day thanks to a superb strike from Marios Lomis, but as mentioned, Tormenta has looked a changed team since then. That should make for an intriguing battle between the two sides who contested the inaugural USL League One fixture back in 2019.

If you’ve watched Chattanooga Red Wolves SC this season, you’ve for sure learned by now not to either leave CHI Memorial Stadium or switch off your television early. Last weekend, Juan Galindrez scored in the 89th minute to earn the team a victory over FC Tucson - the third time already this season that the Red Wolves have scored a winner in the 84th minute or later.

That penchant for late drama led commentator Mark Schoenster to dub them, “the Cardiac Red Wolves,” and the moniker fits. Chattanooga is back home with another chance to create late scenes of celebration on Sunday, when North Carolina FC visits (7 p.m. ET | ESPN+). So far, the Red Wolves’ points-per-game rate of 2.17 is second only to Greenville. Despite its record, North Carolina FC is no pushover, and the visitors will offer Chattanooga a challenge to close out Week 11.