The Front Three: What To Watch For In Week 10

Greenville returns to action and Omaha returns home this weekend 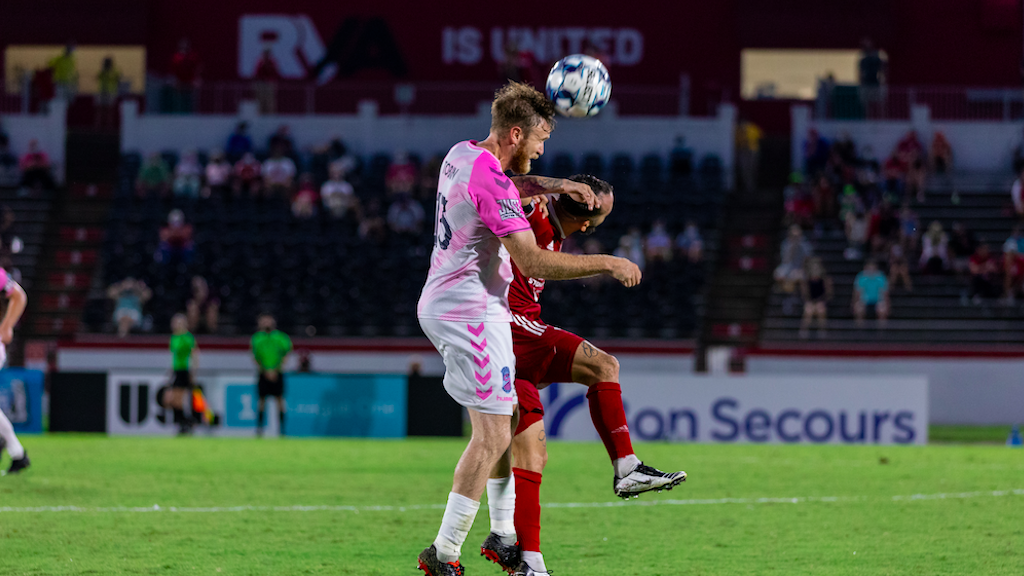 It’s hard to believe, but we’ve already reached double-digit weeks in the 2021 League One regular season. Now the summer months are here, the games are beginning to come thick and fast, and we’re starting to get some sense of how the standings will shake out.

Tormenta FC got Week 10 started with a dramatic win over Toronto FC II last night, thanks to an 88th minute goal from Marco Micaletto. With five more matches coming your way this Saturday and Sunday, here are a few things to keep an eye on.

One of League One’s best rivalries is the Henny Derby between Forward Madison FC and the Richmond Kickers, which was created by fans as a celebration of soccer and Black culture in 2019. Fans of Madison and Richmond alike (as well as us neutrals) get treated to four editions of this derby matchup in 2021, and the first of those four takes place this Saturday at Breese Stevens Field (8 p.m. ET | ESPN+).

Adding to the intrigue is the fact that the sides are separated by a slim margin in the table - the Flamingos hold a one-point advantage over the Kickers, albeit having played one fewer game than their rivals. But the bragging rights on the line in this matchup are always important, regardless of table position.

Last season’s top two teams will both make returns of different kinds this weekend. Union Omaha plays its first home match since its season opener on April 24, having compiled an impressive 11 points during an arduous spell of six consecutive away games.

Los Buhos welcome the New England Revolution II to Werner Park on Saturday (8 p.m. ET | ESPN+), who upended them 2-0 in the same fixture last season thanks to goals from Justin Rennicks and Nicolas Firmino, the latter of whom is now in Omaha’s squad.

Further south, Greenville Triumph SC returns to action for the first time since May 22. The defending title-winners play their second match of the season against North Texas SC on Sunday (7 p.m. ET | ESPN+) and will be hoping to replicate the result of the last meeting between the two, which Greenville won 4-0 on May 1.

After playing to a 1-1 draw with FC Tucson last weekend, Toronto FC II wrapped up its time at its first temporary home base in Arizona, and has now relocated to its new temporary home base in central Florida alongside the club’s Major League Soccer squad. The Young Reds’ stint in the Sunshine State didn’t get off to the best start with the aforementioned defeat to Tormenta last night, but they’ll have more than enough opportunities to put that right.

Wednesday night’s meeting was the first of four between TFC II and Tormenta this month, and the second installment is set for this Sunday night (8 p.m. ET | ESPN+). It’s a big game for both teams as well: the Young Reds haven’t won since their season opener on May 22, but have looked better than their results suggest, twice dropping points in the final five minutes of games.

Meanwhile, Tormenta has begun a mini-resurgence. The South Georgia side ended a four-game losing streak with a 1-0 win against Chattanooga Red Wolves SC last weekend, and earned its second consecutive shutout win last night against TFC II. Head Coach Ian Cameron has tweaked the formation to make Tormenta tougher to break down, and they’ll look to keep this positive momentum going for as long as possible to atone for their slow start to the campaign.