The Front Three: What to Watch For In Week 9

Rematches with plenty on the line highlight a five-game slate 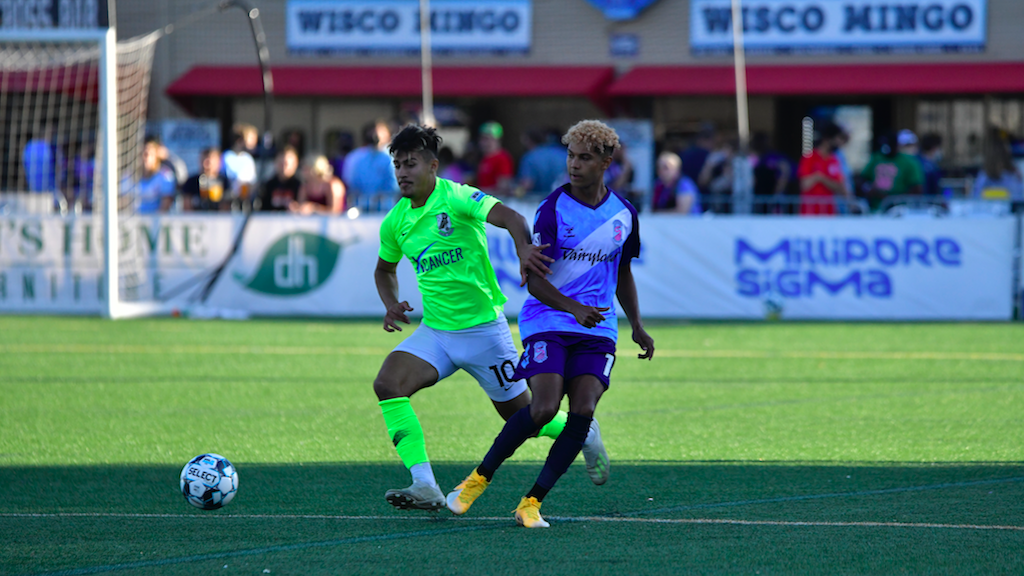 Hello again and welcome to another edition of The Front Three, your weekly preview of League One’s weekend slate. With five games coming your way across Saturday and Sunday, here are the top three storylines to keep your eyes on.

When watching Sunday’s game between Forward Madison FC and Union Omaha at Breese Stevens Field (6 p.m. ET | ESPN+), some fans might think - hold on, didn’t we just see these two teams play here? They’d be right - this weekend’s matchup between the Flamingos and the Owls comes just 11 days after their first meeting of the season, which Madison won 1-0 courtesy of Justin Sukow’s goal.

That loss was Omaha’s first of the season, snapping a nine-game unbeaten run that stretched back to last year for the Nebraska club. They’ll be hungry to avenge that defeat with a better performance against their Bird Cup rivals. But perhaps more importantly, with leaders Greenville Triumph SC on 13 points and off this weekend, either Madison or Omaha (both on 11 points) would take over top spot in the table with a win on Sunday.

Saturday night’s slate features three games kicking off within 90 minutes of each other, all taking place in the southeast from Virginia down to Georgia. The three hosts are all in need of points to generate positive momentum as well, with each on winless runs of varying lengths.

The evening kicks off with the Richmond Kickers looking for their first win in three games when they welcome the New England Revolution II to City Stadium (6:30 p.m. ET | ESPN+). North Carolina FC then hosts Fort Lauderdale CF at WakeMed Soccer Park, and would surely love nothing more than to get its first League One win on the board at the fifth time of asking (7 p.m. ET | ESPN+).

Finally, South Georgia Tormenta FC will aim to end a run of four consecutive losses when it hosts a red-hot Chattanooga Red Wolves SC at Erk Russell Park (8 p.m. ET | ESPN+). It’s still very early in the season, but with the table beginning to take shape, points are already at a premium.

The Second (and Final) Desert Derby

The nightcap of a busy Saturday night of action takes place out west, as we’ll see the second and final installment of a sort of Arizona derby between FC Tucson and Toronto FC II (10 p.m. ET | ESPN+). TFC II spent the first part of the season just 70 miles north of Tucson at a temporary home base in Casa Grande, but before they relocate to central Florida for the month of June on Sunday, they’ll have another meeting with their fellow desert-dwellers.

The two teams met during Week 8, with FC Tucson pulling out a 2-1 win thanks to goals from Joao Delgado and Deri Corfe. Tucson then won again last weekend, beating North Carolina FC by the same scoreline. TFC II’s only defeat this season came at the hands of their temporary in-state rivals, and the Young Reds will certainly be looking to flip the script at Kino North Stadium as Tucson returns home for only the second time this season.