The Front Three: What to Watch For In Week 8 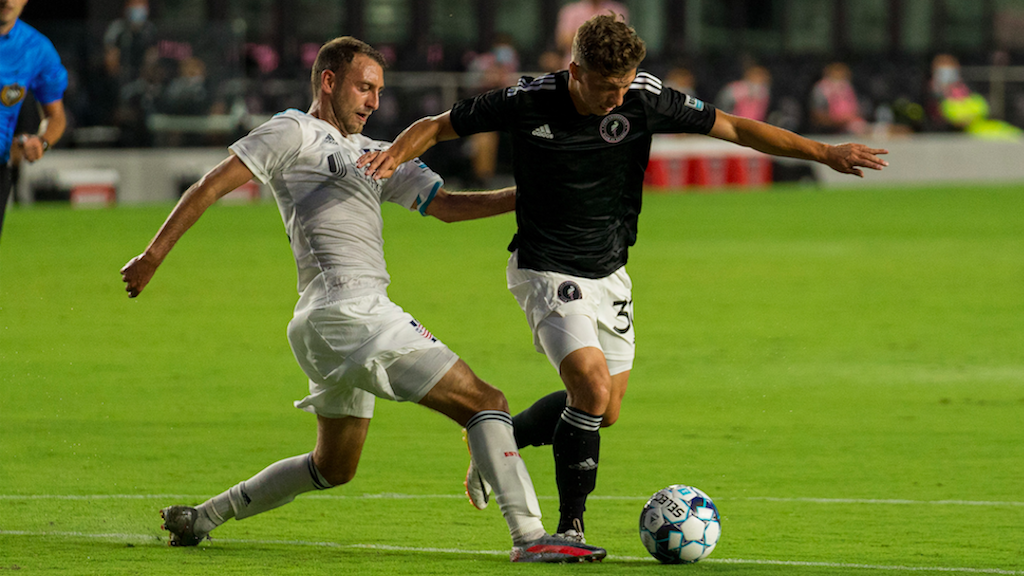 Week 8 of the 2021 League One regular season is already underway, after Forward Madison FC and FC Tucson each picked up wins by one-goal margins on Wednesday night. But with five more games across Friday and Saturday nights, there’s plenty more in store for the league’s busiest week of the season so far.

Here are three storylines in particular to watch this weekend.

Challengers Champ At The Bit

Perhaps the most persistent question of the 2021 season thus far has been: which team is best positioned to challenge Greenville Triumph SC and Union Omaha’s dominance at the top of the table? With those two teams off this weekend, we've got a great chance to find out.

Forward Madison FC gave us a clue toward an answer last night, handing Omaha its first defeat of the season and snapping a nine-game unbeaten run for los Búhos which stretched back to last season. The Flamingos are certainly among the teams with ambitions of competing for top honors this season, and they’ll have a further chance to make their case on Saturday night in a tough away matchup with South Georgia Tormenta FC (7 p.m. ET | ESPN+).

Two more teams in that same category face off against each other at the same time, as Chattanooga Red Wolves SC hosts the Richmond Kickers at CHI Memorial Stadium (7 p.m. ET | ESPN+). Both sides currently sit on seven points (though the Kickers have played two more games than the Red Wolves), and a victory on Saturday for either would lift the winning team to level on points with Omaha and firmly into the upper part of the table.

A Chance to Climb

Two clubs which made less-than-ideal starts to the League One season square off on Saturday night, as FC Tucson travels east to play North Carolina FC at WakeMed Soccer Park (7 p.m. ET | ESPN+).

Despite early struggles, each team picked up a promising result in its last outing. NCFC played well in a 0-0 draw away to Richmond in Week 7, while Tucson notched its first win of the season last night by beating Toronto FC II. This matchup between two head coaches named John (NCFC’s Bradford and Tucson’s Galas) could go a long way toward building momentum for the team that comes out on top.

Over the course of League One’s first two seasons, the league’s Major League Soccer-affiliated clubs have proven to be a vital stepping stone for young talent on its way to the next level.

Both games should be showcases for some of the top young players around, and the fixtures also represent the first two rematches of the season so far. Fort Lauderdale will look to avenge its defeat at the hands of Revs II from way back in Week 1, while North Texas is aiming to prove its loss to the Young Reds last weekend was nothing more than an off day.