What To Watch For In Wednesday Night’s Doubleheader 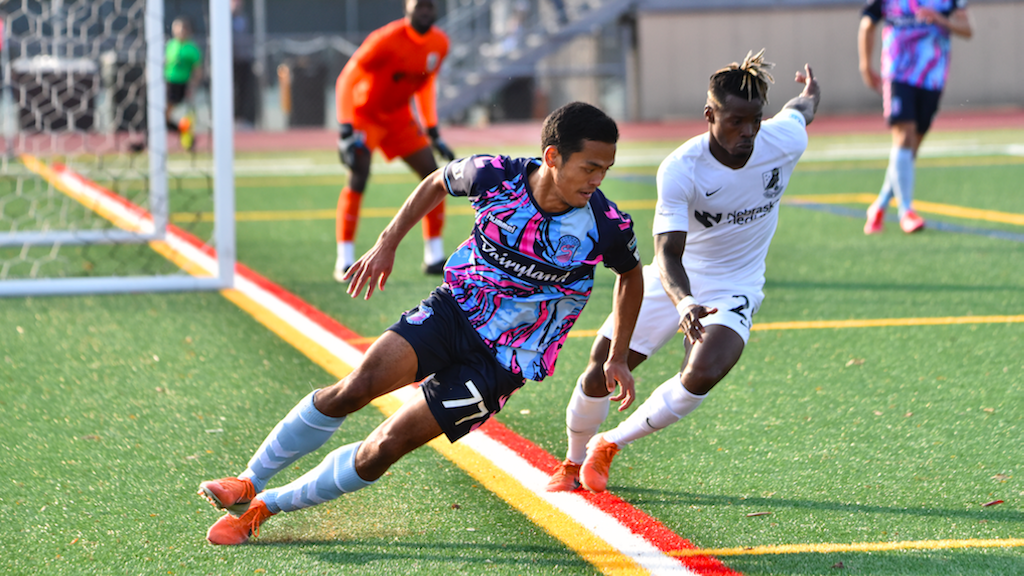 The 2021 League One season has only had one midweek fixture so far - Union Omaha’s 1-0 away win over the New England Revolution II back on May 12. But that’s set to change, beginning this week.

Week 8 kicks off a run of six consecutive matchweeks that contain Wednesday night games, and it does so in style with two highly intriguing contests. First, the Flamingos of Forward Madison FC host the Owls of Union Omaha in a Battle of the Birds (8 p.m. ET | ESPN+) before Toronto FC II welcomes FC Tucson to its temporary home in Casa Grande for a (sort of) all-Arizona encounter (10 p.m. ET | ESPN+).

Here are a few things to watch for in those games.

Union Omaha loves its unbeaten runs. Los Buhos set the record for the longest unbeaten run to start a League One season in 2020, when they rattled off eight games without a defeat. After a three-game skid last fall, another streak began - and since a 1-0 loss to the Richmond Kickers on September 26 of last year, Omaha has not been beaten.

Head Coach Jay Mims’ side is currently on a run of nine games unbeaten between the end of last season and the beginning of this one, the longest active streak of its kind in League One. But that streak will be given a hardy test tonight at Breese Stevens Field, against a Forward Madison FC side with fanatical home support and serious ambitions this season to challenge at the top.

The game is an opportunity for both sides - if Omaha finds a way to win, it will go back level with Greenville at the top of the table despite having played four of its opening five games on the road. But if Madison can put an end to the unbeaten run, it could be a hint toward an answer to one of League One’s most pressing questions - who is the biggest challenger to Greenville and Omaha’s dominance?

We could be in for a bit of a chess match between Head Coaches Mims and Carl Craig this evening. Both Madison and Omaha were among the best defenses in League One last season, allowing only 14 and 15 goals respectively in 16 games.

Omaha has been similarly strong this season, conceding just once in its opening four matches. We have a smaller sample size for Madison, as the Flamingos have only played twice, but have also allowed only one goal to their opposition thus far.

It might take a moment of magic to unlock either side, but both teams have the personnel to do it: Omaha through any number of quality attackers including Greg Hurst, Evan Conway, and Nicolas Firmino, or Madison through the creativity of Michael Vang and the proven prowess of Jake Keegan, who has the most career goals of any active League One player.

The Shortest of Road Trips

It’s just over a 2,200-mile drive to get from Tucson to Toronto, but from Tucson to Casa Grande - where Toronto FC II is playing its first three “home” matches of 2021 - is a considerably shorter trip.

FC Tucson will only need to make the quick 70-mile drive up I-10 to face the Young Reds tonight, and they’ll do so in serious need of some points. Tucson’s first three games have yielded a draw and two losses. Despite scoring in every game, they’ve yet to keep a clean sheet and have allowed nine goals, including five against Fort Lauderdale CF in Week 6.

That performance will have left a bad taste in the team’s collective mouth, and they’ll be eager to kickstart their season with a strong result against TFC II.

“Mentality going into Wednesday is really strong,” said Tucson defender Kaelon Fox. “We’ve had a couple of extra days to regroup, and for me I think it’s going to be a really strong bounce-back.”

Who Needs The Ball Anyway?

Not Toronto FC II, apparently. A disclaimer here - last Saturday’s win for the Young Reds against a talented North Texas SC side was especially impressive considering it was the club’s first competitive match in 18 months, and a lot of the players’ first time playing together.

That being said, it’s still a bit early to draw any major conclusions about the style of play this team is aiming for under Head Mike Muñoz this season, but Wednesday night is our second chance to get a look.

When we do get that look, it will be interesting to see if there’s a similar approach to possession (or lack thereof) from TFC II. In the Young Reds’ first match, they had just 35 percent possession, and completed 153 passes compared to their opponents’ 357. But as the old adage goes, it’s not how much of the ball you have, it’s what you do with it that counts.

Even with far less of the ball, TFC II created eight chances to North Texas’ five, and equaled them with three shots on target - two of which went in. Only more game evidence will tell if that’s the team’s intentional tactical approach moving forward, or if they’ll look to dictate the pace of play a bit more as they build chemistry.