USL League One Team of the Week - Week 5 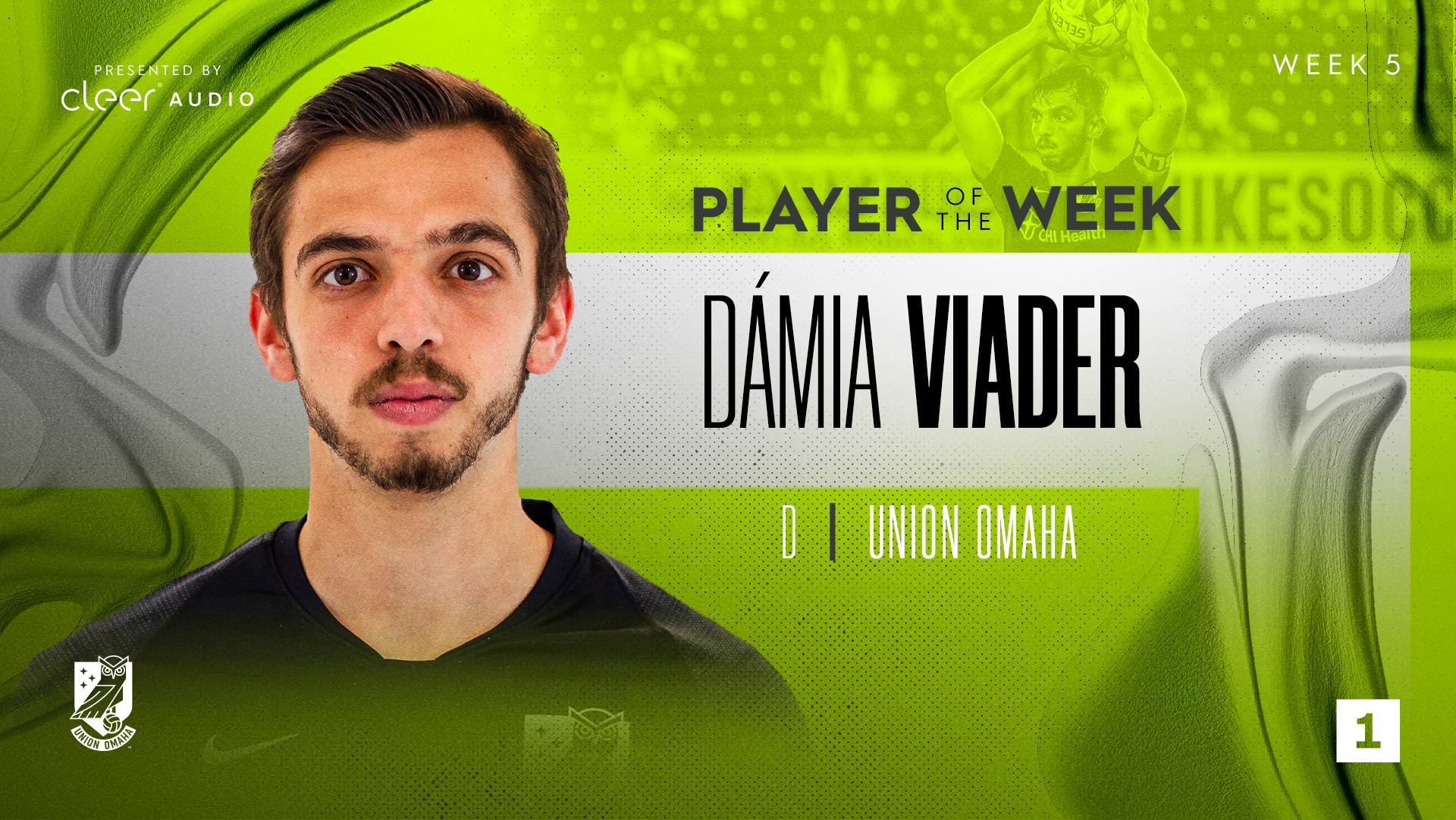 TAMPA, Fla. - USL League One announced on Monday the Team of the Week Presented by Cleer Audio for Week 5 of the 2021 regular season, with Union Omaha defender Dámia Viader named Player of the Week after recording a goal and an assist for los Búhos in their Friday night win against Fort Lauderdale CF.

The Spanish fullback set up Evan Conway for Omaha’s first goal on the night with an excellent low cross, and fired in a powerful strike to the far post which sealed victory for his team late in the second half.

After both sides won their respective matches 2-0 at the weekend, Omaha and the Richmond Kickers lead all clubs with three players each represented in the Team of the Week. 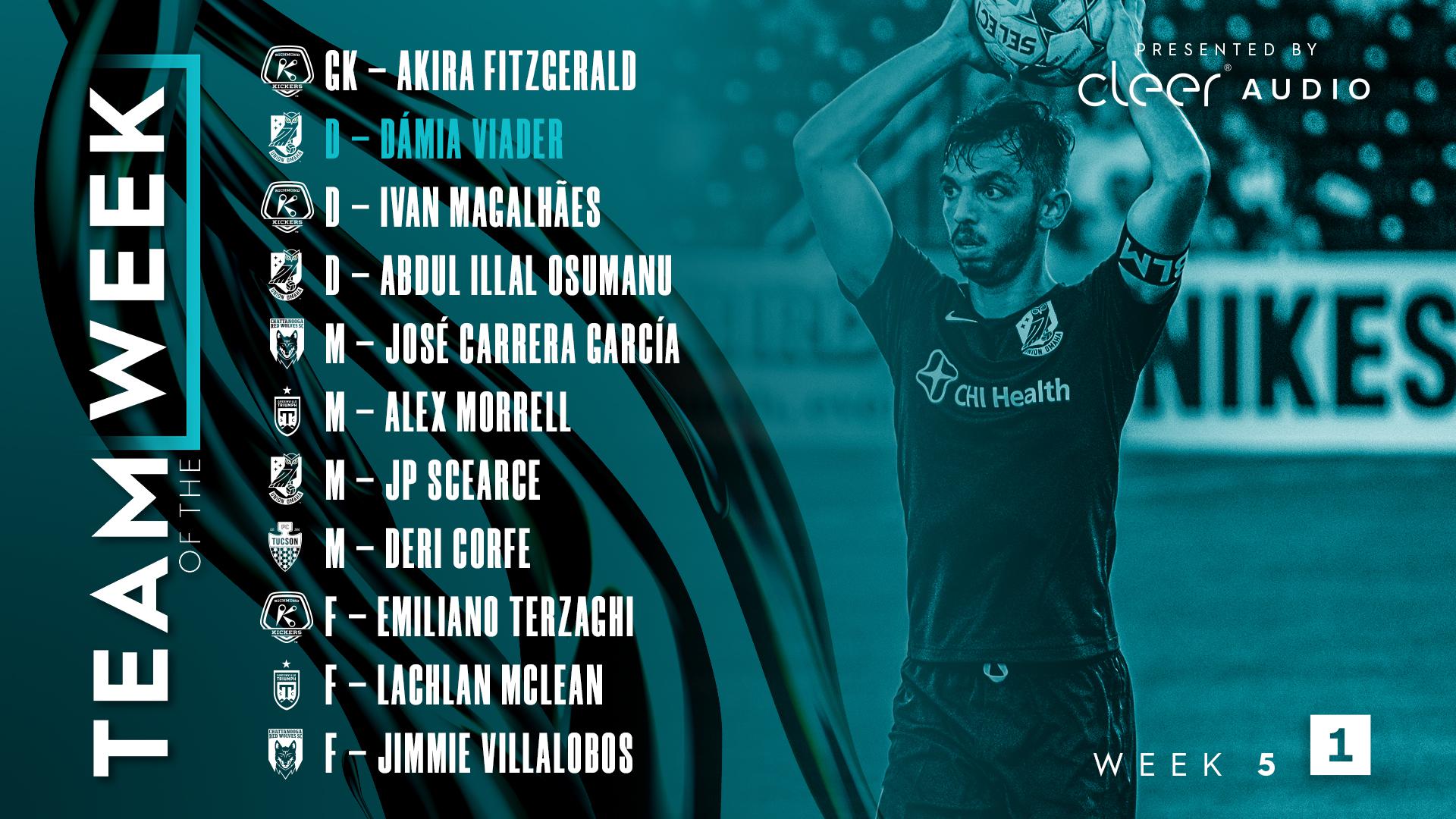 GK - Akira Fitzgerald, Richmond Kickers: Fitzgerald made two saves to keep a clean sheet in Richmond’s 2-0 win against Tormenta FC, including a scrambling effort to keep the ball from trickling over the goal-line with the score still level in the second half. His distribution was also strong, as he completed six accurate long balls and 81 percent of his passes overall.

D - Ivan Magalhães, Richmond Kickers: The Brazilian center back was brilliant for the Kickers on Saturday night in their victory against Tormenta FC, making 10 interceptions, five clearances and winning four duels.

D - Abdul Illal Osumanu, Union Omaha: Osumanu was a key figure in Omaha’s clean sheet against Fort Lauderdale, making seven clearances and six recoveries. He also was the game’s most accurate passer, completing all but one of his 33 passes on the night.

M - José Carrera García, Chattanooga Red Wolves SC: It was an all-action display from the Chattanooga midfielder in his debut for the club. Carrera Garcia completed 86 percent of his passes (the best of any player to play 45 minutes or more), won the most duels of any player with five, completed two dribbles and created one chance on the night.

M - Alex Morrell, Greenville Triumph SC: Morrell was one of League One’s best playmakers in 2020, and he reprised that role in his first start of 2021, leading all players in Greenville’s win over North Carolina with five chances created.

F - Emiliano Terzaghi, Richmond Kickers: The reigning League One MVP and Golden Boot winner looked every bit like his old self on Saturday, scoring twice in the final 10 minutes of normal time to lift Richmond to a meaningful win.