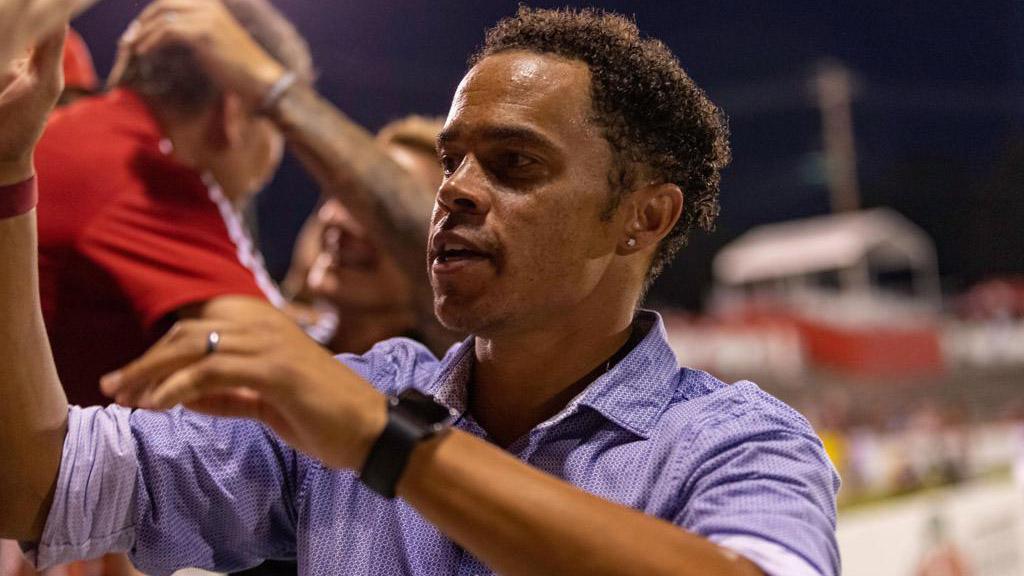 One of the best-loved figures in the Richmond Kickers' history, former player and Head Coach David Bulow passed away on Thursday at the age of 41. | Photo courtesy Richmond Kickers

TAMPA, Fla. – The United Soccer League joined the Richmond Kickers on Friday in mourning the passing of their former player and Head Coach David Bulow, who died peacefully aged 41 years old on May 6 after being admitted to hospital following a stroke on April 24.

“The Richmond Kickers family is heartbroken to learn of David’s passing,” said Kickers Chairman Rob Ukrop. “David’s impact on our club will not be forgotten, he served the community well as a player, as a coach of both our pro and youth teams, and more importantly as a friend to so many within the soccer landscape. Our hearts go out to Nellie and his children, Aaron, Cameron, and Lucy.”

“All of us at the USL are deeply saddened to hear of the death of David Bulow, who both on the field and as a coach of the Kickers symbolized everything that is great about the club,” said USL President Jake Edwards. “We send our condolences to David’s wife, children and family, and his extended family at the Kickers, at this difficult time.”

One of the notable figures in the Kickers’ history, Bulow spent seven seasons at the club, making more than 100 appearances and recording more than 30 goals in Richmond’s colors. Most notably, Bulow was one of the standout figures in the Kickers’ success in the Lamar Hunt U.S. Open Cup, including finishing as the tournament’s Golden Boot winner in 2011 as his six goals helped propel Richmond to the tournament’s Semifinals, defeating both Major League Soccer’s Columbus Crew SC and Sporting Kansas City in the process.

Bulow ended his playing career with 13 goals in the Open Cup, a total that placed him tied for second in the tournament’s modern era alongside Kenny Cooper, Jaime Moreno and Johnny Menyongar, trailing only Sebastian Le Toux (16).

“I am devastated by the news of the passing of my close friend, David Bulow,” said Mika Elovaara, current Kickers' First Assistant Coach and former assistant to Bulow. “His energy and love for life was contagious. When I think of him, I can’t help but to think of his favorite shirt, one with a simple text 'Be a Good Person' in the front.

“He was an incredible husband and a loving father, an enthusiastic and inspiring coach, and a dear friend. Beyond his immediate circle of friends and family, he was an ambassador of the beautiful game and someone who worked comfortably in the greater community of soccer globally, and more closely, in Richmond. A Kickers legend as a player, a coach for Kickers, Richmond United and Strikers, his legacy will live long and strong as we all learn to live with the sad new reality in his absence. He will be forever in our hearts and minds.” 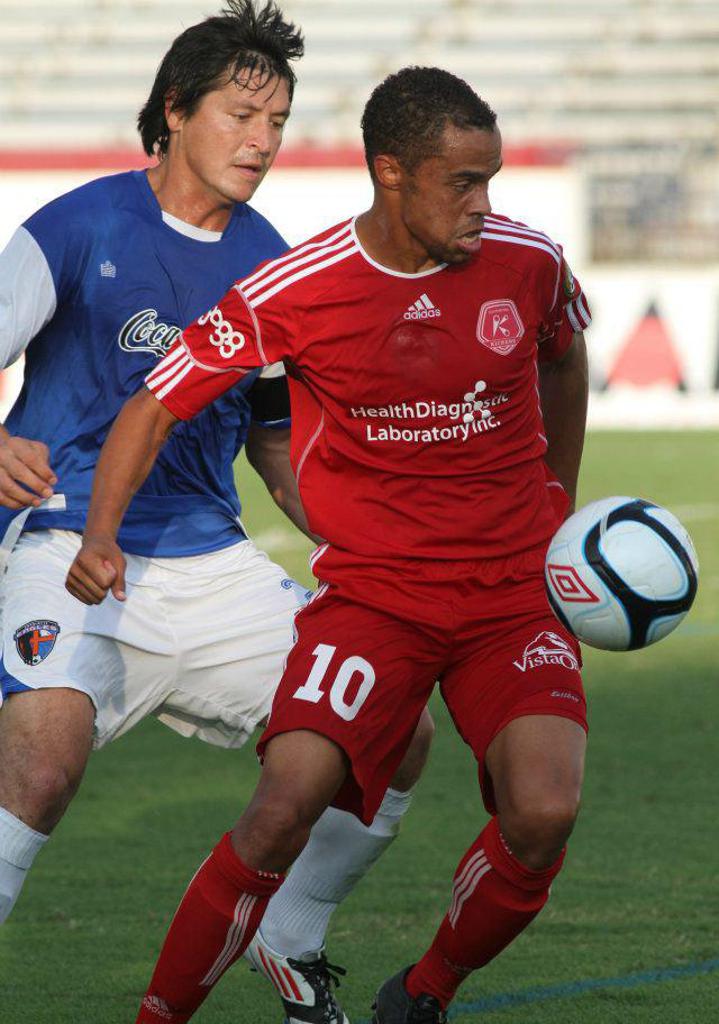 David Bulow made more than 100 appearances for his hometown club the Richmond Kickers, and led the side to the Semifinals of the 2011 Lamar Hunt U.S. Open Cup. | Photo courtesy Richmond Kickers

A native of Denver, Colorado, Bulow first played for the Kickers in 2006 before a stint overseas in Northern Ireland with the Dungannon Swifts. He returned home in 2007 and spent the next three seasons with the Kickers, and in 2008 led the team with 11 goals. The following year he helped the side claim the USL Second Division title, scoring the final goal in a 3-1 victory against the Charlotte Eagles.

After one season with Real Maryland Monarchs, he returned to Richmond in 2011 for another three seasons that not only saw the club’s memorable Open Cup run, but also saw the Kickers claim the USL Championship’s Regular Season Title in 2013.

After retiring from playing, Bulow remained part of the Kickers. In 2014 he joined legendary Head Coach Leigh Cowlishaw’s staff as an assistant, and in 2018 he was promoted to become the Kickers’ Head Coach, a role he served for two seasons. Beyond the pitch, Bulow’s positivity and infectious smile brought joy and warmth to all he encountered.

The club has requested that those wishing to help the Bulow family may donate to the family’s GoFundMe, send gift cards for groceries, add more sign-ups for the meal train, pray for the family, or simply offer a supportive hand. 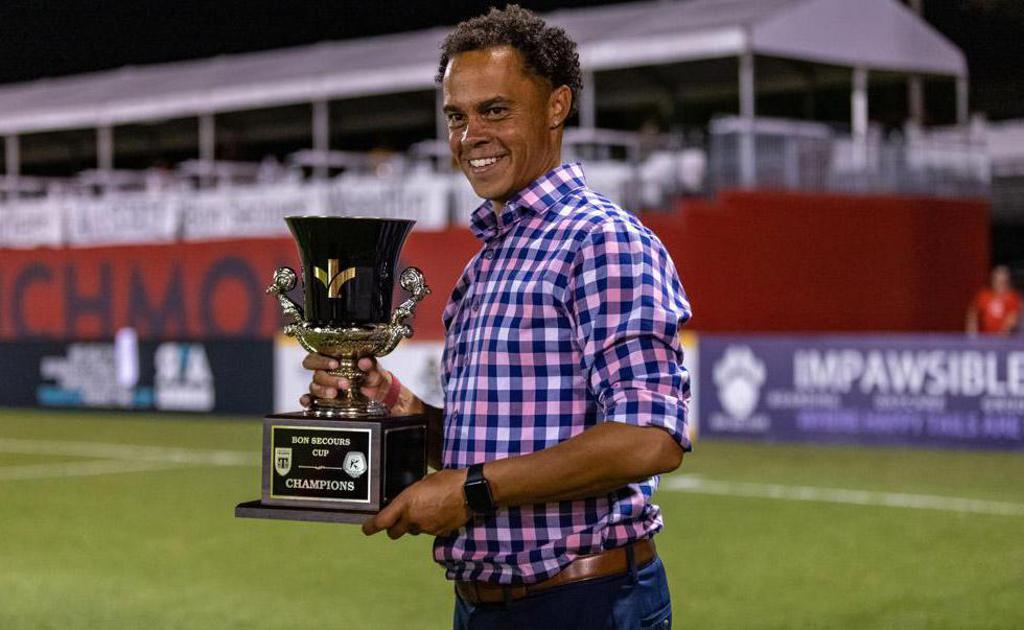