The Front Three: What to Watch For in Week 5 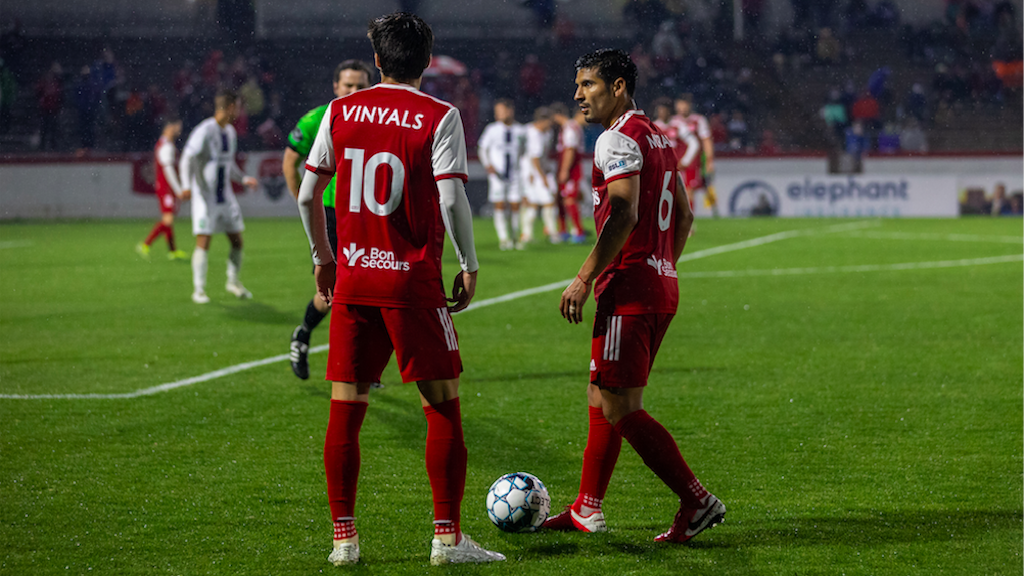 Look alive - it’s Week 5! We’re already into the second month of the 2021 League One season, but due to the staggered starts, we’ve yet to have a properly full match weekend. That’s set to change this week, with 10 of the league’s 12 teams in action between Friday and Saturday nights.

Here’s what to watch for among a busy fixture list:

What Have Ya Got?

Chattanooga Red Wolves SC, Forward Madison FC and North Carolina FC will all open their 2021 seasons on Saturday, and for NCFC, it marks the historic club’s first League One match. For fans and neutrals alike, it’s our first chance to see what these squads look like, and all three figure to be much different than last year.

Tasks don’t come much taller in League One than defeating Greenville Triumph SC, but that’s exactly what NCFC will be looking to do on Saturday at WakeMed Soccer Park (7 p.m. ET | ESPN+). It would be some statement of intent to hand a loss to the reigning title-winners, who recorded shutout wins in each of their first two games this season.

Later Saturday night, Chattanooga travels to Globe Life Park to take on North Texas SC in what has typically been a goal-filled fixture (8:30 p.m. ET | ESPN+), and Forward Madison visits FC Tucson down in the Arizona desert (10 p.m. ET | ESPN+).

21-year-old Canadian striker Shaan Hundal was always a highly-regarded prospect as he progressed through the youth ranks at Toronto FC, but things never quite clicked for him at his hometown club. However, that has not at all been the case since he joined Fort Lauderdale CF ahead of the 2021 season.

In Fort Lauderdale’s first four matches, Hundal has scored four goals, including a two-goal performance in the club’s Week 4 home win against the Richmond Kickers. That took his scoring streak to three consecutive games, and he’ll look to extend his fine run of form when Union Omaha comes to DRV PNK Stadium on Friday night (7:30 PM ET | ESPN+).

Both the Richmond Kickers and South Georgia Tormenta FC have high hopes for the season, and while neither needs to be hitting the panic button at this early stage, some of their opening performances are cause for concern.

The Kickers looked fantastic in their opener, beating the New England Revolution II 3-0 and controlling the match from start to finish. But since then, the team has looked a bit stagnant, scoring one goal in two games and losing twice.

Tormenta’s trajectory is similar, but an inverse image. South Georgia lost its first two games and failed to score in either, but looked much-improved in a 3-1 home win over FC Tucson last Saturday. When Richmond and Tormenta meet on Saturday (6:30 PM ET | ESPN+), it’s a big opportunity for both to get momentum moving in the right direction.