USL League One Team of the Week - Week 4 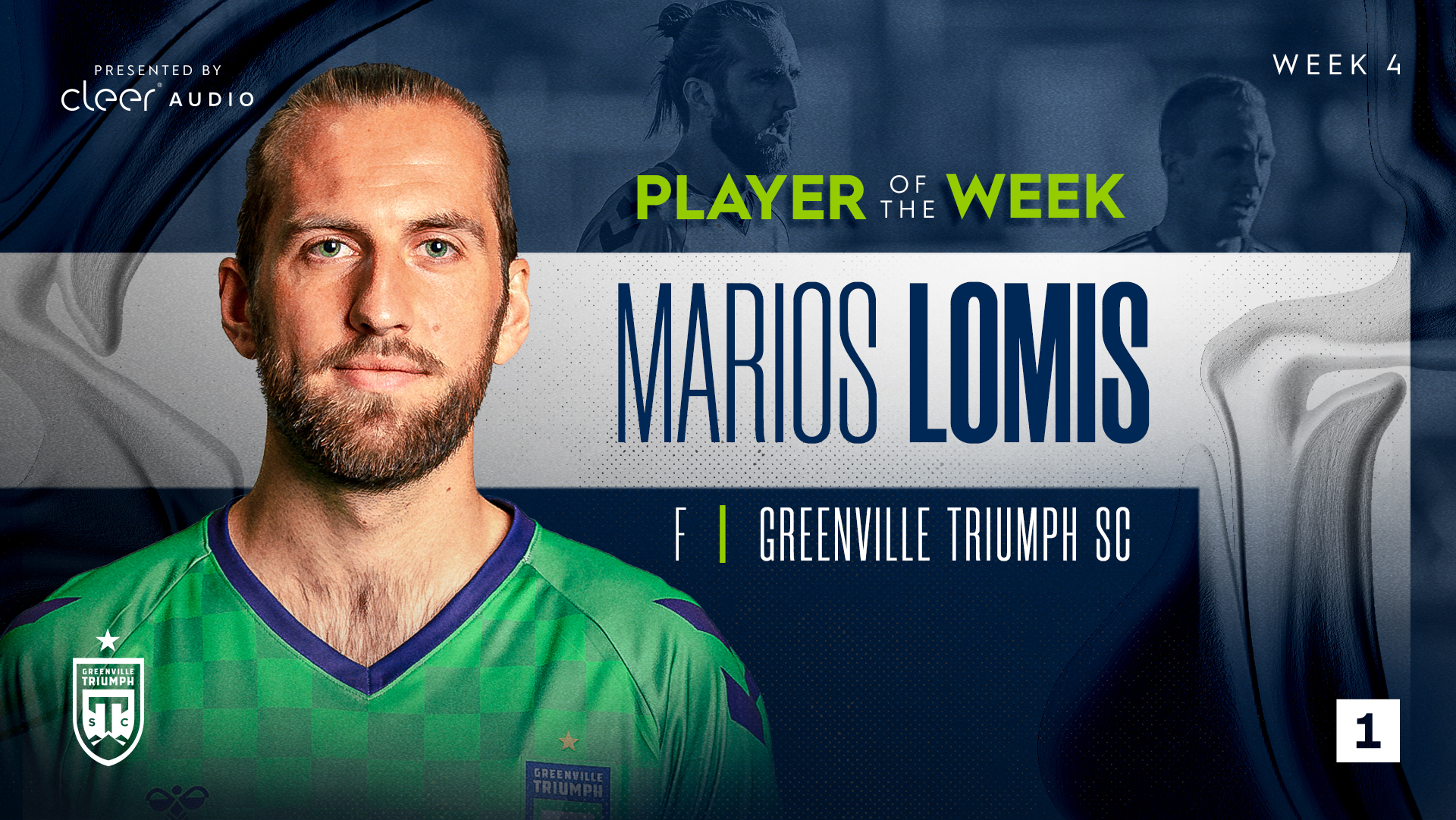 TAMPA, Fla. - USL League One announced on Monday the Team of the Week Presented by Cleer Audio for Week 4 of the 2021 regular season, with Greenville Triumph SC forward Marios Lomis earning Player of the Week honors after recording a pair of goals on his home debut for the club at Legacy Early College.

The Dutch striker scored Greenville’s first and third goals on the night, fueling Triumph SC to an impressive 4-0 win against North Texas SC. Lomis showed fantastic technique in scoring his opener with a backheel flick, while his second goal was a clever poked finish with the outside of his boot.

Greenville’s dominant performance sees the defending title-winners top the table through four weeks of the season, and lead all clubs with five players represented in the Team of the Week. 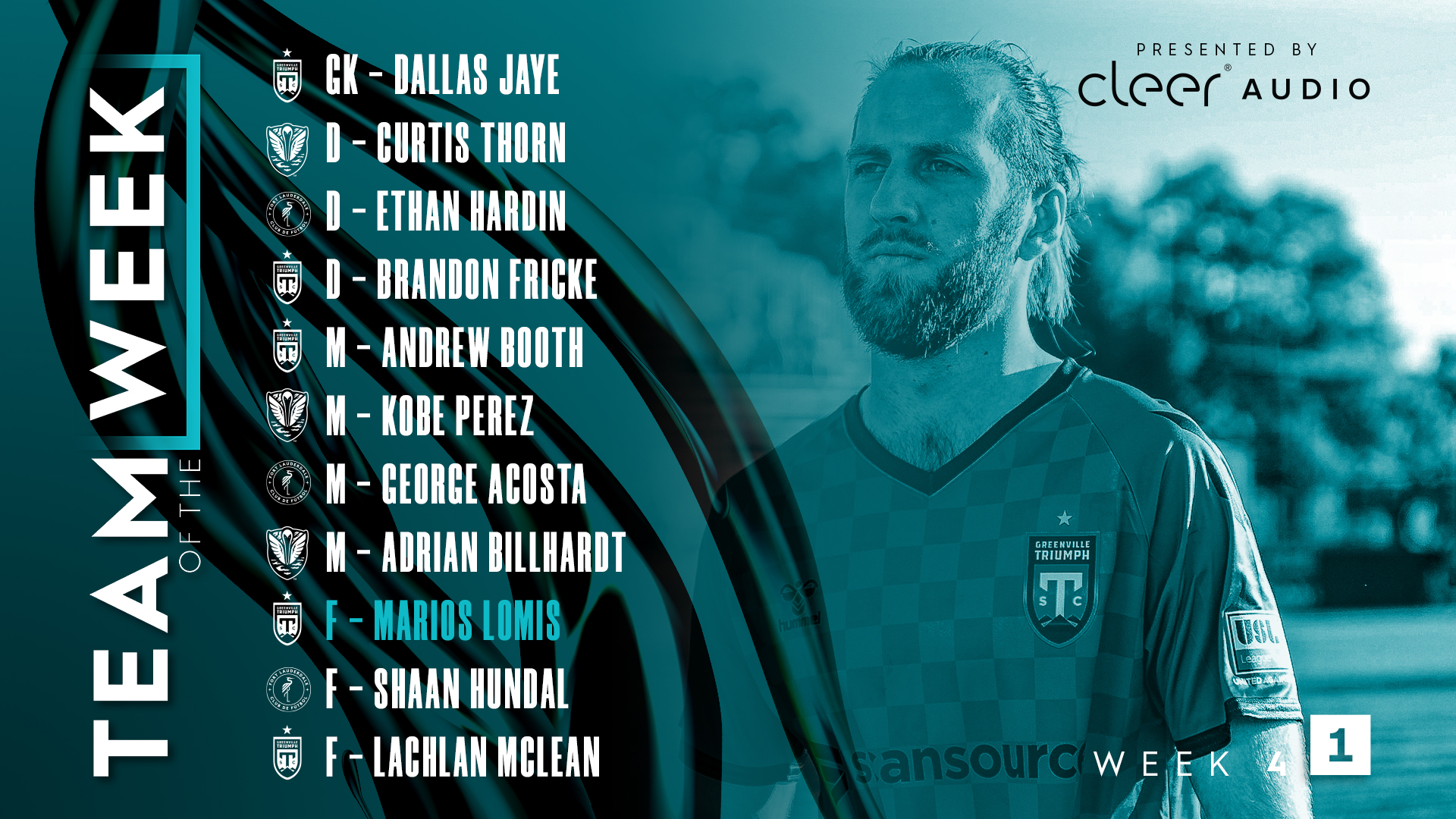 D - Brandon Fricke, Greenville Triumph SC: Fricke showed the skills that won him League One’s Defender of the Year award last season, contributing to a shutout performance at the back and providing the assist for Lomis’ opening goal.

M - Kobe Perez, South Georgia Tormenta FC: Perez came on as a substitute with 35 minutes remaining and his team hanging on to a one-goal lead, and his presence solidified the South Georgia midfield. He recorded a game-high five key passes, including the assist on Marco Micaletto’s late goal.

M - George Acosta, Fort Lauderdale CF: Acosta made the Fort Lauderdale attack tick as the key link between the midfield and the front line. He completed 56 passes at an 88 percent success rate and created five chances, assisting Hundal’s winner in the 83rd minute.

F - Marios Lomis, Greenville Triumph SC: In addition to his excellent two-goal outing, Lomis won the most duels of any player in the match with 13 and played two key passes.

F - Shaan Hundal, Fort Lauderdale CF: Hundal extended his scoring streak to three consecutive games, bagging both of Fort Lauderdale’s goals in Sunday night’s win over Richmond. He now has four goals in as many games, placing him atop the early season scoring charts.

F - Lachlan McLean, Greenville Triumph SC: Triumph SC fans are used to seeing McLean perform well at Legacy Early College by now, and the Australian forward was back at it on Saturday night, registering a goal and an assist.