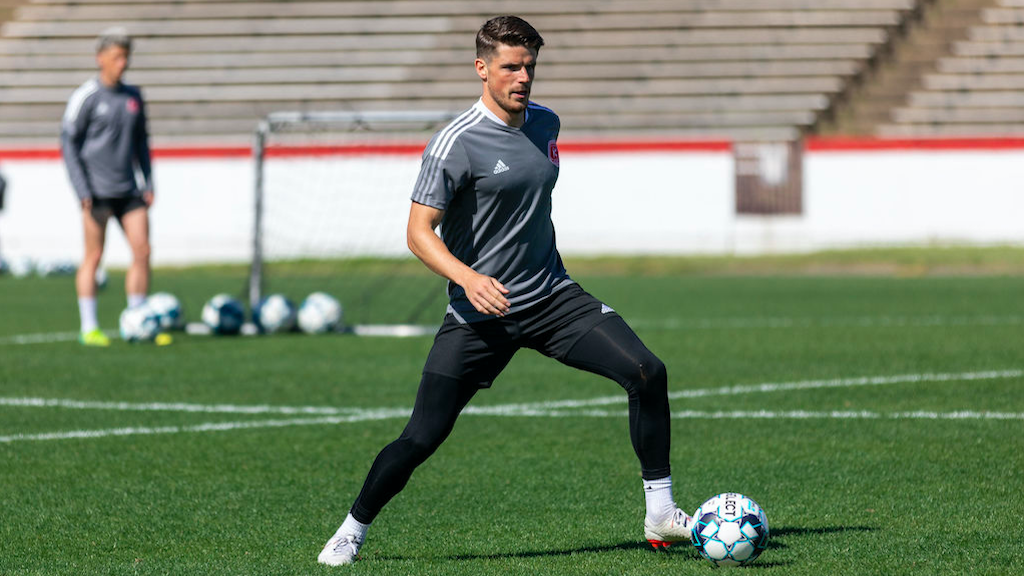 RICHMOND, Va. – The Richmond Kickers announced on Thursday that the club has signed defender Chris Cole, pending league and federation approval. Cole will be available for selection Sunday when the Kickers travel to Fort Lauderdale CF (kickoff 7:30 pm ET on ESPN+).

"Chris Cole has worked incredibly hard over the past two years to get an opportunity in professional soccer,” said Chief Sporting Officer and Head Coach, Darren Sawatzky. “He came into preseason with us and he fit immediately with our culture here. His competitive nature and hard-nosed defending gives us another piece to our team at the back, and his approach to every day on and off the field adds another solid brick to the foundation."

A gritty defender, Cole started his college career at Lenoir-Rhyne University in North Carolina. His next season, he went back to his home state of Washington to play at Bellevue College, where he scored four goals and added three assists. His final three college seasons were played at Seattle Pacific University. In his senior season, Cole made 15 appearances and was named co-captain, scoring two goals, including the game-winning goal against Montana State Billings and added two assists.

“Being able to sign my first pro contract with the Kickers is really a blessing and a dream come true” commented Cole. “I believe the culture that Rob, Darren and everyone else in the organization have built is what makes this club so special. In the short time I’ve been here, I can already see how much this team means to the city and I’m beyond excited to be a part of it.”

In 2019, the Duvall, Washington native spent the season with the Seattle Sounders U23s in USL League Two. That season the club finished with a 7-3-4 record and was second in the Northwest Division.

“My goal this season is to star in my role within the group and do whatever is required to help this team win games,” added Cole. “If we can all do that, we’ll be in a good position to accomplish the team goal — lifting a trophy in November."