The Front Three: What to Watch For in Week 4 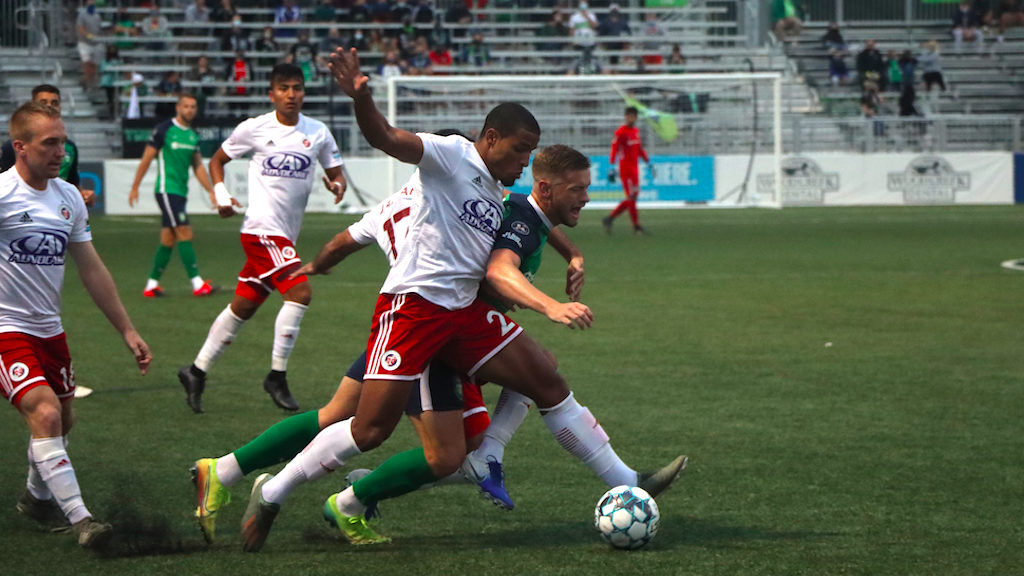 Greenville and North Texas were the two highest-scoring teams in League One last season, but their only 2020 meeting ended 1-0 in Triumph SC's favor / Photo courtesy Greenville Triumph SC

Hello again and welcome to another edition of The Front Three - quick storylines to keep your eye on ahead of each weekend of League One action. The season is off to an exciting start, and with three more games on the docket between Saturday and Sunday night, there’s plenty to look forward to as we flip our calendars to May and the action begins in earnest.

Here’s what to watch for this weekend:

League One is two seasons old, and as such, has crowned just two title-winners. The only two clubs to have lifted the League One trophy, Greenville Triumph SC and North Texas SC, meet this Saturday (7 p.m. ET | ESPN+) in Triumph SC’s 2021 home opener at Legacy Early College.

The teams led by Head Coaches John Harkes (GVL) and Eric Quill (NTSC) - both Coach of the Year winners in their respective title-winning seasons - are also the only League One clubs to have finished in the top three of the regular season standings in both 2019 and 2020, a sign of structures being in place for consistent success. North Texas beat Greenville 1-0 in the 2019 League One Final, but it was Greenville’s turn to claim the crown last season, and Triumph SC defeated North Texas 1-0 in the sides’ only 2020 meeting.

Both teams started their 2021 campaigns with victories - Greenville showing its grit in a narrow 10-man road win over Richmond, and North Texas showing it can still score in bunches despite the departure of some of its stars by beating Fort Lauderdale 4-2. Saturday night’s clash should be intriguing, especially for neutral fans tuning in.

FC Tucson will play its first match of 2021 away to South Georgia Tormenta FC on Saturday (7 p.m. ET | ESPN+), and each team has a significant current player which once wore the kit of their opponent.

Striker Azaad Liadi bagged three goals for Tucson in his rookie professional season last year before making the switch to South Georgia during the offseason, while Tucson midfield maestro Charlie Dennis played for the Tormenta organization at both the USL League Two and USL League One levels until he made the move to Arizona ahead of the 2020 campaign.

Both players are likely to be among their team’s starters on Saturday as Tormenta look to get their first goal and first points of the season back at Erk Russell Park. Who puts in the bigger performance could go a long way toward helping their current side to success.

While Week 2 produced wins for the Richmond Kickers and Fort Lauderdale CF, Week 3 brought about defeats for both sides. Despite playing up a man at home throughout the second half, the Kickers fell to Greenville, and Fort Lauderdale conceded four goals to a rampant North Texas SC.

It’s far too early to sound the alarm bells for either side, but each would certainly love to get straight back to winning ways when they meet at DRV PNK Stadium on Sunday (7:30 p.m. ET | ESPN+).

Fort Lauderdale striker Shaan Hundal has scored in two consecutive matches and will look to continue that strong run of form, while last season’s MVP and Golden Boot winner Emiliano Terzaghi is still looking for his first goal of 2021 and hungry to get off the mark for Richmond.