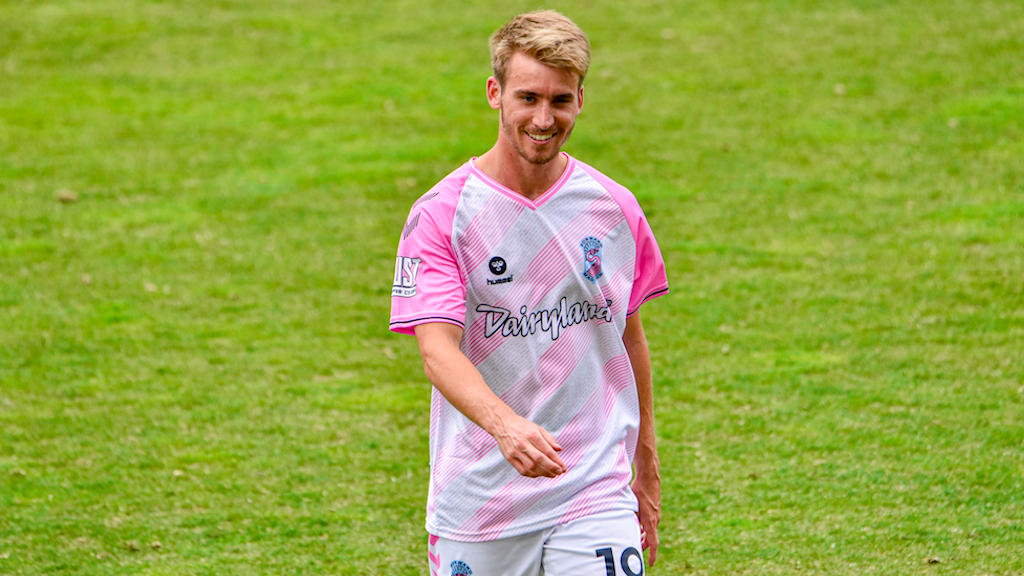 “I’m just excited to be here in Madison, in my home state, and to get the chance to play professionally here,” Jepson said. “Growing up in Wisconsin and playing club, high school, collegiate, and now professional soccer here, it’s a phenomenal opportunity.”

Jepson caught the eye of Forward Madison’s coaching staff during the team’s invite combine this winter. According to head coach Carl Craig, Jepson will feature primarily as a box-to-box midfielder, but can operate in a number of other positions as the Flamingos’ utility man.

“The more and more we see of Audi, the more we see nuanced movements and qualities you’d expect out of a much more experienced player,” Craig said. “It’s also really nice to sign a fellow who has grown up here. We want to show the community in the state of Wisconsin that this is their football club, so I think it’s outstanding when we can have Wisconsin players here.”

Jepson has already made a name for himself in the world of Wisconsin soccer, winning plaudits as the Horizon League’s Offensive Player of the Year for the University of Wisconsin-Green Bay in 2017. Jepson signed with Saint Louis FC in 2018 and played there for two years, scoring his first professional goal in April 2019 with a long-range effort that kissed the underside of the bar.

Although a meniscus injury prevented him from competing in 2020, Jepson came back home for a trial with Forward Madison in 2021, where he impressed the Flamingos’ coaches with his ability to adapt to different situations.

“As a team, we want to bring a championship to Madison,” Jepson said. “I know the fans here are very passionate, so hopefully things start settling down and we can have them here packing Breese this season.”

Jepson’s signing will be confirmed pending league and federation approval.