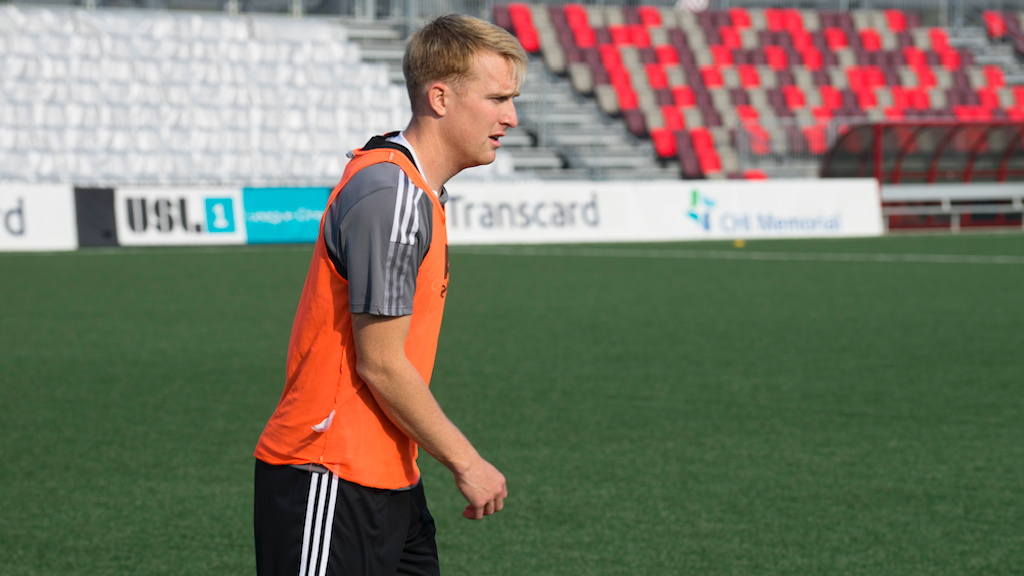 The 25-year-old comes to the Red Wolves with four years of USL Championship and collegiate soccer experience. Frischknecht began his collegiate career at Brigham Young University before transferring to Utah Valley University.

Frischknecht then joined the professional ranks with Las Vegas Lights FC, for which he recorded three goals and three assists in 10 appearances during the shortened 2020 USL Championship season.

“I think I can speak for the team, coaching staff, the front office, and the city of Chattanooga, that we want to win the league. That is why we’re all here and I think we all know and believe that is a real possibility and that’s our expectation to perform at a high level and to compete for a championship.”

Red Wolves GM & President Sean McDaniel has had his eye on Blake for quite some time.

“Blake was brought in because we know he is a proven goalscorer and this is something that we’ve needed for the team really since our beginning,” said McDaniel. “To get someone who is able to finish consistently for us was important to Coach [Jimmy] Obleda and I when we started putting the roster together as soon as the season ended last year. We wanted Blake early, we’ve wanted him for quite some time. We’re very happy to be able to land him now.”

The Red Wolves open their 2021 season away to North Texas SC on Saturday, May 8.