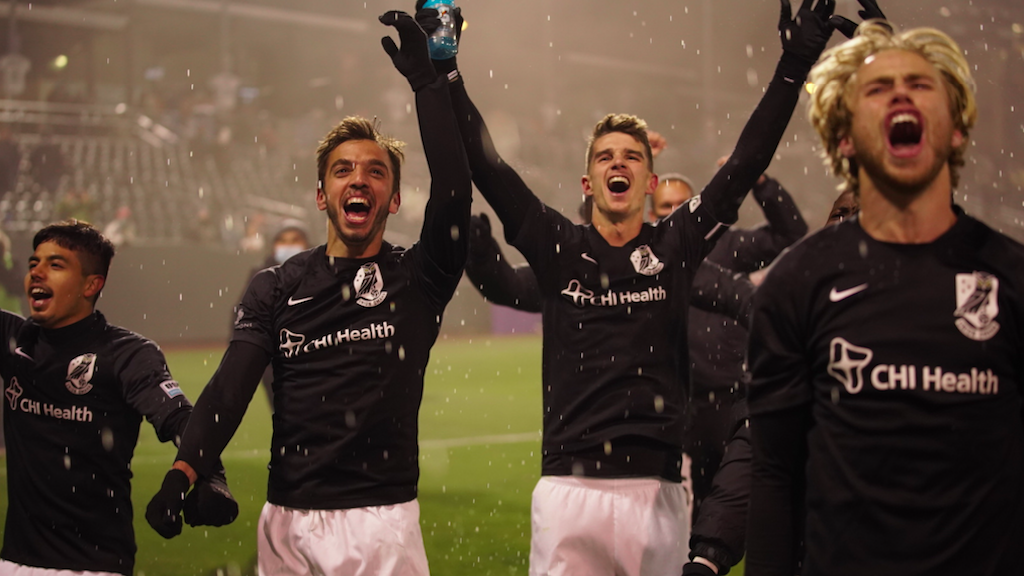 As the only independent expansion club in 2020, Omaha lost only three games and finished in second place / Photo courtesy Union Omaha

As League One’s only independent expansion side in 2020, Union Omaha took the league by storm, starting and ending the season on unbeaten runs of eight and five games, respectively. The Owls finished second under Head Coach Jay Mims, and will return most of their key players from last season. All-League selections Evan Conway, Ethan Vanacore-Decker, Rashid Nuhu, and Damia Viader are all back with los Búhos in 2021, alongside a host of other key returners.

The club hasn’t brought in many new faces, but the ones it has are certainly eye-catching. Scottish striker Greg Hurst, whose eight goals for Chattanooga Red Wolves SC were the second-most in League One last year, will provide an extra punch to the Omaha attack. Former Major League Soccer player Conor Doyle also joined the Owls from Chattanooga, adding quality and experience to the midfield corps.

With a dedicated local fanbase and a talented squad, Union Omaha’s target in its sophomore season is to replicate what Greenville did last year: lift the League One trophy.

Hurst trailed only Emiliano Terzaghi in the goal-scoring category last season, scoring eight for Chattanooga and adding two assists. His goals-per-game average of 0.79 was the best in League One of any player to play at least half of his team’s minutes, and he earned All-League First Team honors. Having joined Union Omaha in the offseason, Hurst will want to hit the ground running for a team that finished second last season, and the Scottish striker may just be the extra piece the Owls need to close the gap to Greenville.

Conway has a knack for the big moment, scoring both the first goal in Union Omaha history and the late-game winner which clinched second place for the Owls in the final match of last season. Between those two bookend moments, Conway was stellar. He finished the 2020 season with six goals and two assists, and led the league in duels won with 107. Conway will once again be a key figure for Omaha in 2021 as Jay Mims’ side sets their sights on the League One trophy.

Before he masterminded Union Omaha’s excellent inaugural League One campaign, Mims was a notable part of the Omaha soccer community at the collegiate level from 2011 to 2018, coaching with both Creighton University and the University of Nebraska Omaha. He worked with the Real Salt Lake Academy and the USL Championship’s Real Monarchs SLC in 2018 and 2019 before being named the Union Omaha’s first head coach ahead of the 2020 season.

8 The number of goals Union Omaha scored in the 75th minute or later across its 16 games last season. The team’s flair for the dramatic was crucial to its strong year, best exemplified by Evan Conway’s stoppage time winner against Fort Lauderdale CF on the regular season’s final day, which clinched second place for los Búhos. This number becomes even more extraordinary when you realize that Omaha scored 20 goals during the entirety of last season - for all you mathematicians out there, that’s 40 percent of their goals were scored in the final 15 minutes of matches, and 70 percent (14) in second halves.