For the Love of Art and Soccer 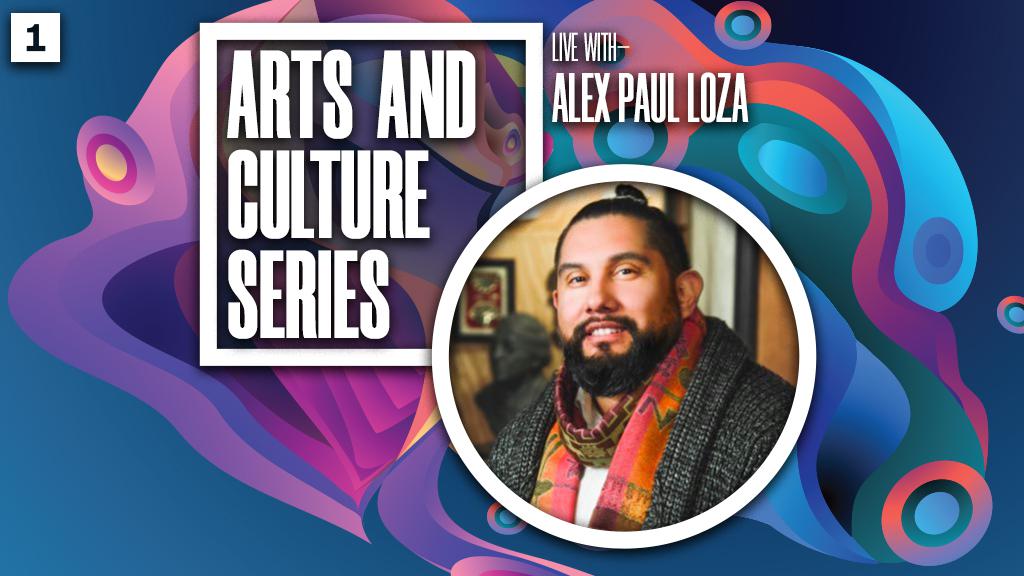 Since he was a young child, Alex Paul Loza has had two passions: art and soccer. The Chattanooga-based painter and sculptor found the perfect intersection of those passions when Chattanooga Red Wolves SC began play in USL League One two years ago.

When Loza heard that a new professional soccer team was coming to town in 2018, he attended the club’s first public meetings, where he met members of the ownership, front office, and coaching staff. That same night, he went back to his studio and painted his first tifo for the club - which he would later bring to their home opener.

“The inspiration to paint these tifos comes from my personal relationship with the players in and outside the turf along with the energy from the supporters,” said Loza. “My goal with each tifo is to reflect the love that we, the supporters, have for the Red Wolves, and to give our players that extra push before and during the game.

“Occasionally I have painted tifos highlighting an individual player; it was my way of telling them thank you for their performance in their previous game, like Steven Beattie’s hat trick, Sito Seoane’s long distance goal, and [Vangjel] Zguro’s strong defense.”

Loza’s maternal grandparents played a key role in developing his love of both soccer and art. His grandfather was a professional goalkeeper during the 1940s and 50s in the top flight of his native Peru, and he spent plenty of time watching Peruvian national team and Alianza Lima matches with Loza.

It was also with his grandparents in Peru that Loza was first exposed to art and the creative process. Years later, as a high schooler in New Jersey, Loza played as a defender and captained his high school soccer team. As a senior, he decided to dedicate his life to art thanks to the encouragement of his art teacher, Mary Stepash. 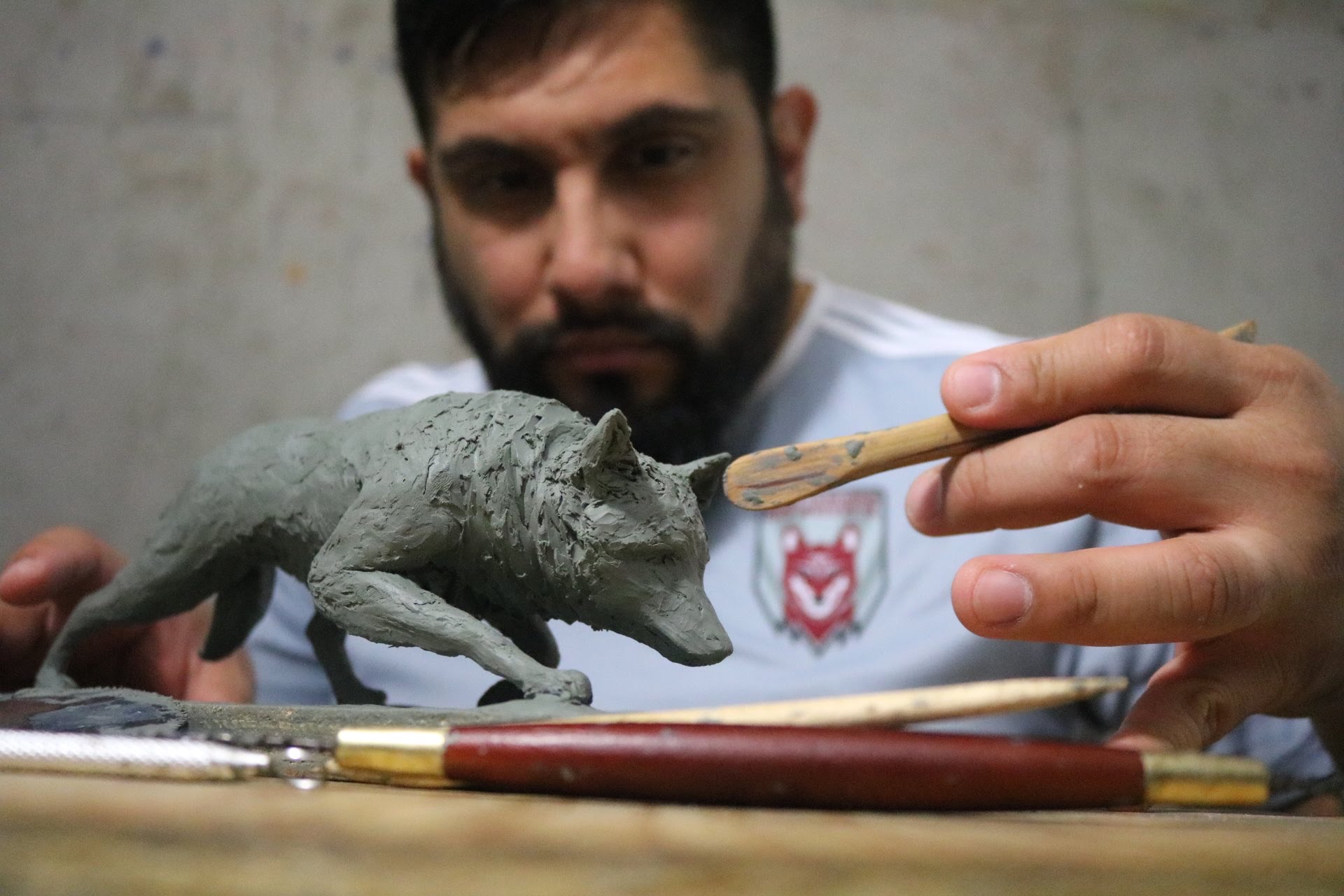 Upon his high school graduation, Loza began his academic art training in Michigan with Harry Ahn, a renowned portrait painter.

“Ahn taught me not just how to paint, but also how to carry myself as a professional,” said Loza.

Loza went on to attend the American Academy of Art in Chicago, where he received his Bachelor in Fine Arts degree. He began to paint and sculpt as a professional, and moved from Chicago to Chattanooga in 2010. Today, he describes his style as contemporary figurative realism, in which realistically depicted human figures are a principal focus of his artwork. 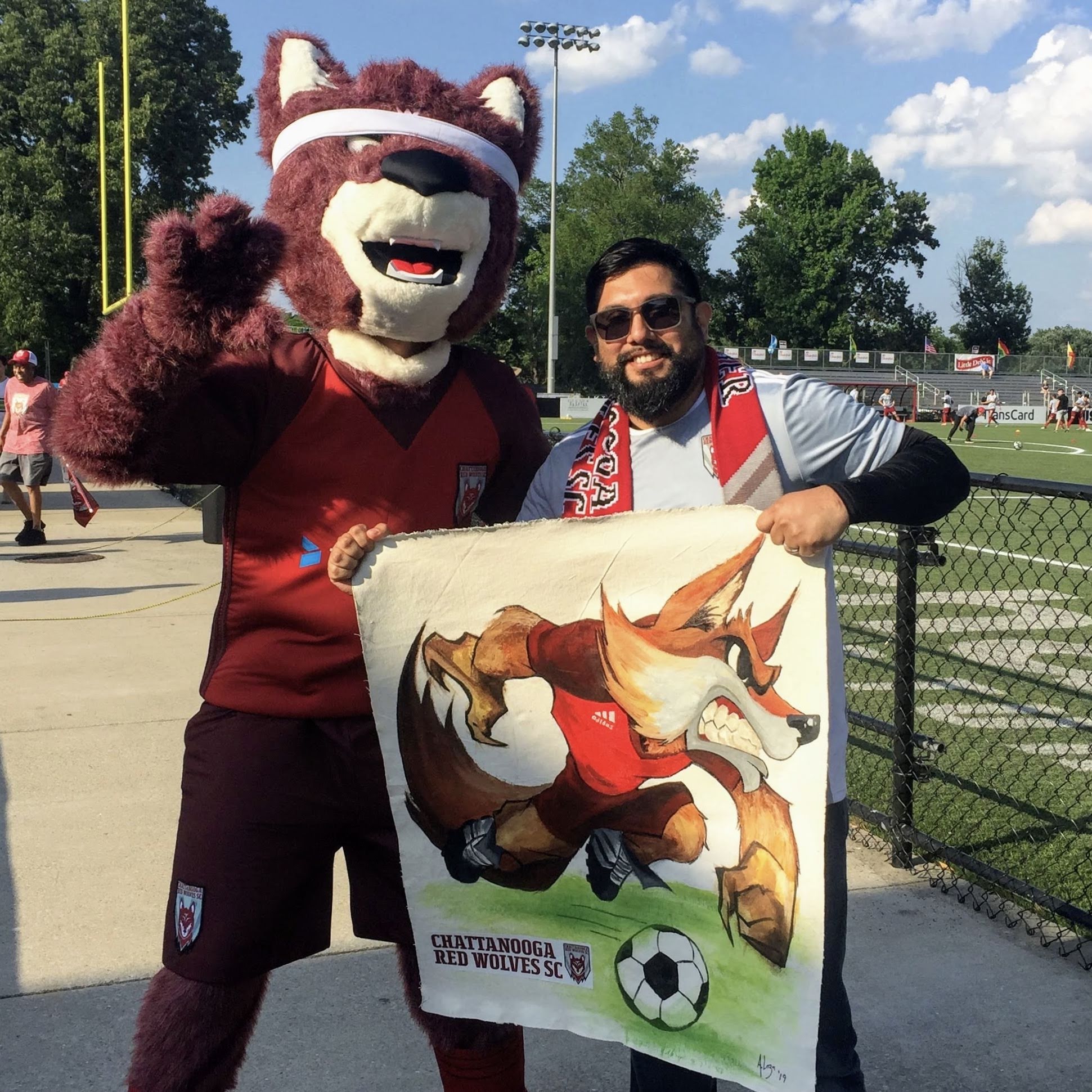 “As a sculptor and a painter, I must have a vast understanding of the subject that I am emulating,” said Loza. “For me, the sculpting process starts before any preliminary sketch. I take some time to read about my subject, ask questions, contemplate their expressions, form and movements.

“The more familiar I am with my subject,the better I’ll be able to capture their essence and likeness, and create the illusion of form. Sculpting demands self-discipline, physical fitness, creativity, good communication and networking skills to promote and inform others about your work.”

When he isn’t painting, sculpting, or at Red Wolves matches, Loza devotes his time to the community. He served on the advisory committee for the “Our America: The Latino Presence in American Art” exhibit, a collection drawn entirely from the Smithsonian American Art Museum in 2017. He was also a member of the Latin American advisory committee for the Hunter Museum of American Art, of the Chattanooga/Hamilton County Community Arts Team for the John F. Kennedy Center for the Performing Arts’ Any Given Child Initiative, and of the CHI Memorial Arts in Medicine Council.

Loza is also the Co-Founder and Executive Director of CLAVA – Center of Latin American Visual Arts.

“Art and artists, just like fútbol, are universal and we should not conform to fit any label,” said Loza. “My artworks depict stories, feelings and dreams that transcend boundaries. The reason I’ve chosen to represent Latino, Latin American and Indigenous people in my personal, non-commissioned, artworks is because the stories that I tell are mostly from Latin America, especially from my country of birth, Peru.

“My public artworks highlight and promote acceptance, humanity, diversity, compassion, unity and compañerismo [fellowship]. As an artist I believe that it’s important that every positive voice and creation should be shared, cherished and treasured and not labeled.”

With Chattanooga’s first home match of the 2021 League One season just over a month away, Loza has once again begun to think of new and innovative designs for tifos to decorate the stands at CHI Memorial stadium, with one new idea in particular: making them larger than ever before. 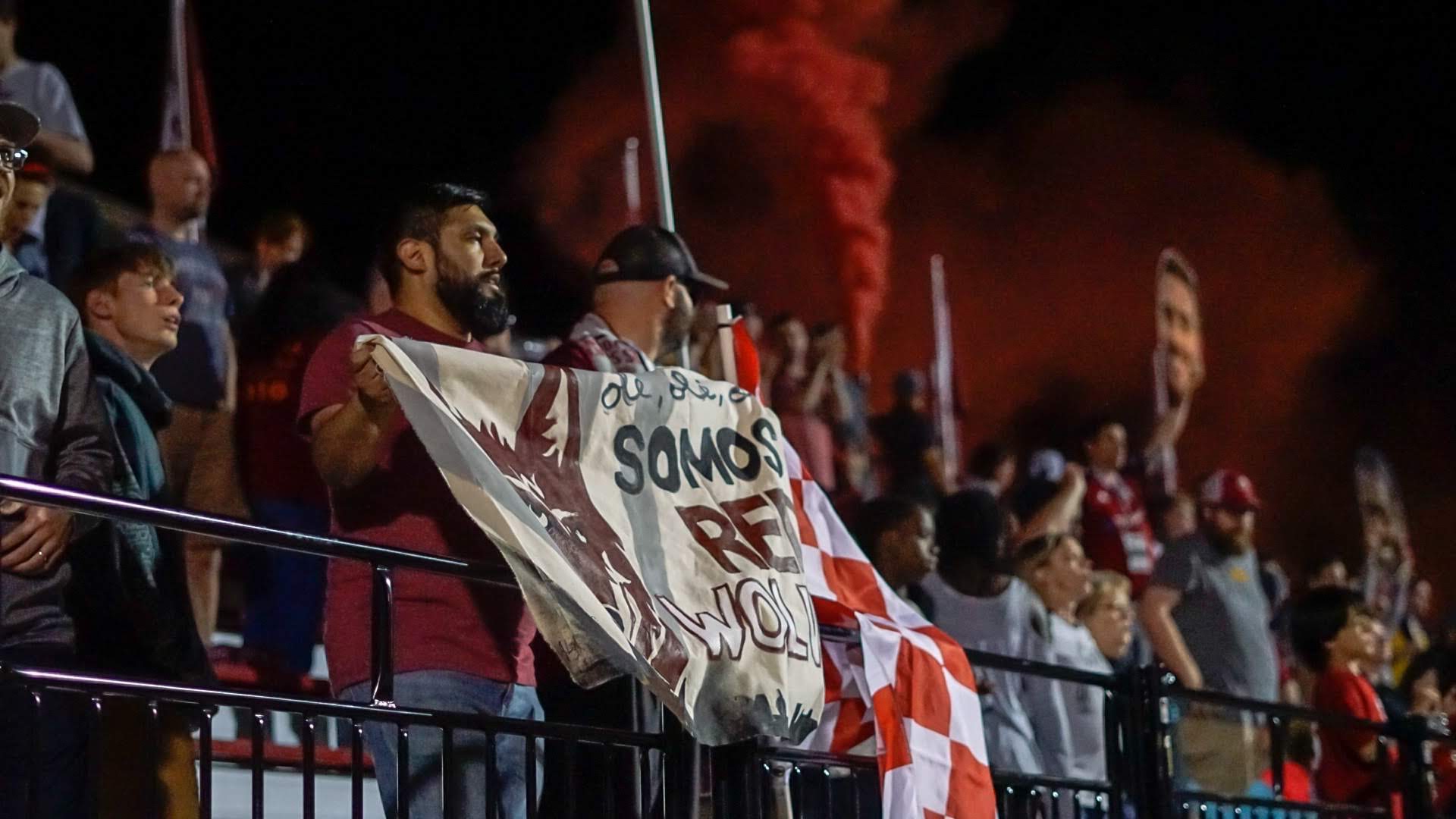