May 16 meeting between Greenville Triumph SC, Union Omaha to air on ESPN2 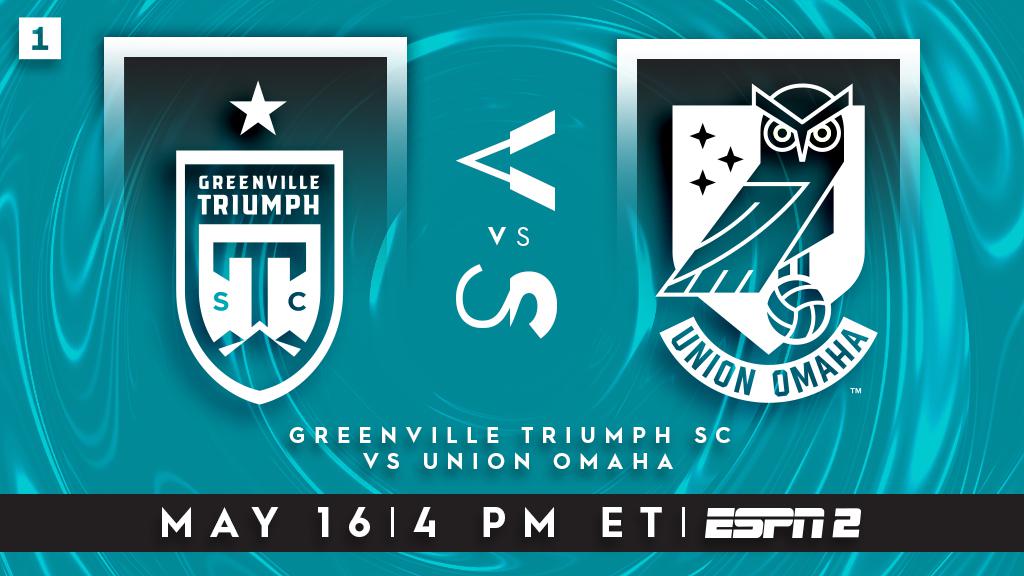 League One’s first-ever match on national television is part of a linear television schedule which features 18 USL Championship matches set to air on ESPN, ESPN2 and ESPN Deportes. At the top of the list is an early-season showdown between reigning Eastern and Western Conference Title holders the Tampa Bay Rowdies and Phoenix Rising FC at Al Lang Stadium in downtown St. Petersburg on Saturday, May 15 on ESPN2.

Every League One and Championship regular-season and playoff game that is not on ESPN, ESPN2 or ESPN Deportes will stream live on ESPN+, giving fans a front-row seat for almost 700 games across both leagues.

“This is the biggest and brightest platform we’ve ever had for our league,” said USL Executive Vice President Court Jeske. “We are thrilled at the wide selection of games, clubs and landmark moments that will appear on national television this season. It’s a special thing for our league to be able to showcase our clubs and cities across the USL Championship and League One on ESPN’s networks in addition to streaming an incredible schedule on ESPN+.”

The 2021 League One season kicks off on Saturday, April 10, with Fort Lauderdale CF hosting New England Revolution II on ESPN+.