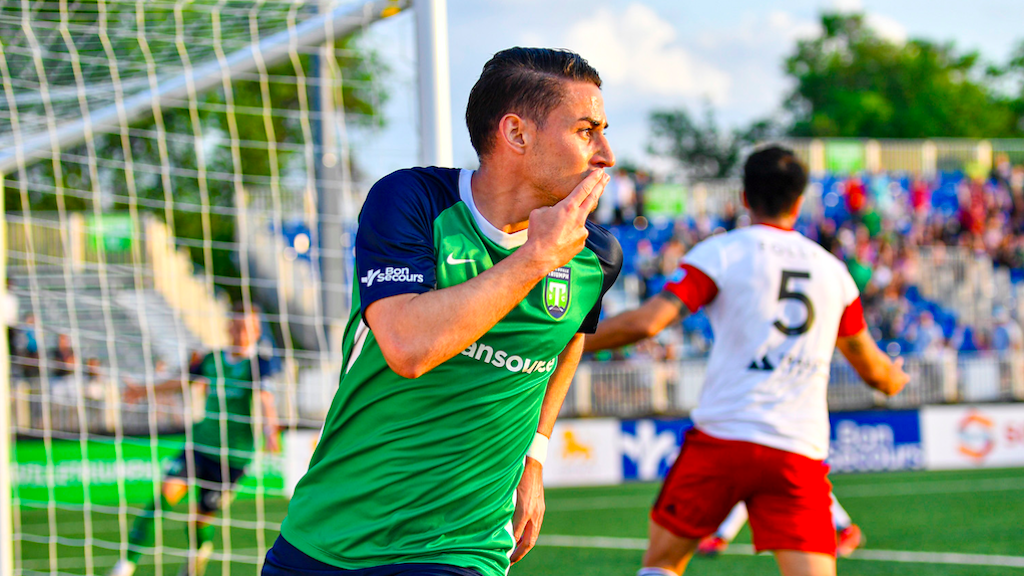 MADISON, Wis. - Forward Madison FC announced Monday that the club has signed midfielder/winger Carlos Gomez, adding a dynamic attacking threat to the Flamingos’ 2021 roster. Gomez, 27, scored seven goals for the Greenville Triumph in 2019, then helped them to a USL League One title in 2020.

“I had some options in Europe, but I realized the next step was to come to Madison because I’m pretty certain we’re going to have a very good season,” Gomez said. “I hope we can win a title, because based on the atmosphere from the first year, I’m pretty sure the celebration would be awesome.”

Although a shoulder injury hampered his 2020 campaign, Gomez still started half of Greenville’s games, contributing five key passes. According to head coach Carl Craig, the right-footed Gomez can feature as either an attacking midfielder or a left winger.

Gomez grew up in Madrid and played for Rayo Vallecano’s youth teams as a kid. He moved to the United States in 2016 to pursue a college degree, earning an education at Young Harris College in northeast Georgia and eventually winning Division II All-America honors in 2018. Gomez’s collegiate success led to a contract with the Triumph the next year, where he scored seven goals and added six assists across 38 League One appearances.

In 2019, Gomez traveled to Madison for both of Greenville’s away games at Breese Stevens Field. According to Gomez, the experience of playing in front of Forward Madison’s crowd helped solidify his decision to move to the Flamingos.

“I have really good memories of the team and especially the fans,” Gomez said. “The atmosphere was unreal. I hope to score a lot of goals in front of the fans, because it could be an unbelievable feeling with them.”