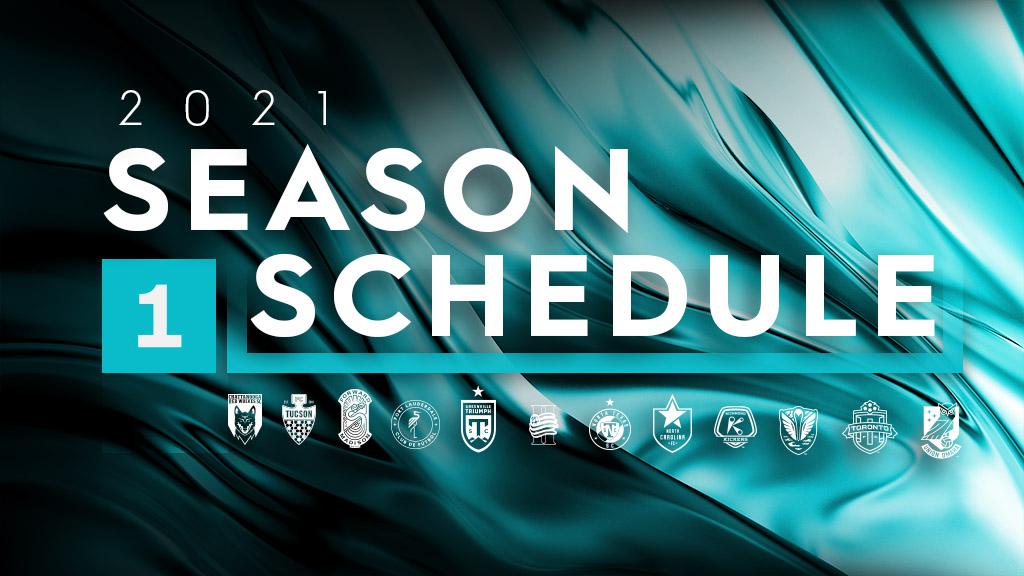 TAMPA, Fla. –  USL League One announced today its full schedule for the 2021 season, which will see each of the league’s 12 teams play 28 games over 29 weeks for a place in the 2021 League One Playoffs in November.

“We’re excited to announce the full schedule for League One’s biggest season yet, with record-highs in number of clubs participating and matches,” said USL Senior VP of League One Steven Short. “We can’t wait for fans to see the quality and commitment of our clubs both on the field and in their communities in 2021.”

The 168-game regular season slate will see all 12 League One clubs play each other home and away, with the remaining six matches lined up primarily against regional rivals. The top six teams in the regular season will advance to the 2021 League One Playoffs.

Following the opening two weekends of the season on April 10 and 17, the schedule gets into full swing in late April. Greenville Triumph SC plays its first match as the defending title-winners against the Richmond Kickers at City Stadium on April 24, while Union Omaha takes on South Georgia Tormenta FC the same day.

The season’s first full month is highlighted by a matchup between the league’s first two title-winners, when Greenville hosts North Texas SC at Legacy Early College on May 1. The following weekend, North Carolina FC will host Triumph SC in the Cary club’s inaugural match as a member of League One.

Later in the month, Greenville welcomes Union Omaha in a battle of last season’s top two clubs on May 16. Toronto FC II makes its return to League One action on May 22, hosting North Texas SC at Grande Sports World in Casa Grande, Ariz.

The 2021 season will feature four editions of one of League One’s best rivalries between Forward Madison FC and the Richmond Kickers, with two games each in Madison and Richmond. The Flamingos host on June 12 and September 11, and the Kickers get home-field advantage on September 1 and October 16.

Eight League One teams will square off on Saturday, October 30 as the final day of the regular season brings matchups between FC Tucson and the Richmond Kickers, Forward Madison FC and Chattanooga Red Wolves SC, North Carolina FC and Greenville Triumph SC, and North Texas SC and Union Omaha.

The League One season kicks off on April 10 when Fort Lauderdale CF hosts New England Revolution II at Inter Miami CF Stadium, making it the first professional men’s soccer league in the United States to begin its 2021 regular season.

Every game of the 2021 League One season can be viewed in the United States on ESPN+, with international viewers able to take in the action on YouTube. To view the complete schedule, click here.