Brazilian defender was a leader for the Kickers in 2020 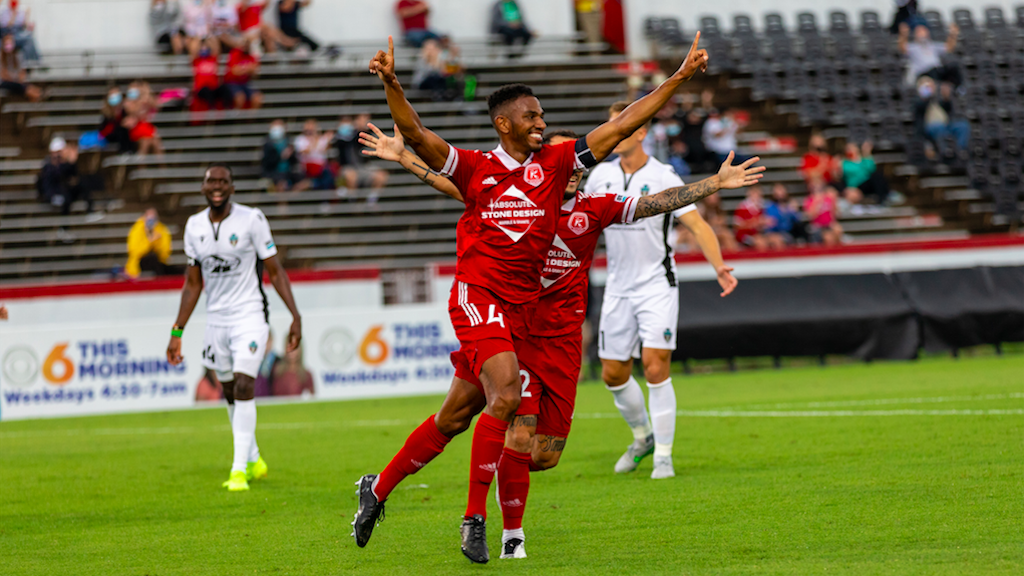 RICHMOND, Va. – The Richmond Kickers announced Monday that the club has re-signed defender Ivan Magalhães for the 2021 USL League One season, pending league and federation approval.

"Ivan was a leader in our team and a very good center-back this past season. He speaks with his play and he supports his teammates in a way that enhances the chemistry within our club. He was on the priority list in terms of bringing him back into the culture he helped create with the Kickers,” said Darren Sawatzky, the Kickers Chief Sporting Officer and Head Coach.

Returning for his third season in Richmond, Magalhães made 15 appearances for the club in 2020. The São Paulo, Brazil native would lead the club in interceptions (34), aerial duels won (46) clearances (63) -- third-highest in the league -- and was second on the team in blocks (9). He also found the back of the net on two occasions.

His second goal, a game-winner on the road at Union Omaha helped him earn the USL League One Player of the Week accolade in Week 11, behind a game-high seven clearances and three recoveries. In his first season with the Kickers in 2019, Magalhães put up similar numbers on the defensive side of the ball in 2020. In his 20 matches for the Reds in 2019, the center back made 69 clearances, 33 interceptions and 7 blocks, and also notched an assist August 31 at Tormenta FC.

“I feel honored for the opportunity to play a third season in one of the most historic soccer clubs in the country,” said Magalhães. “The fans have been nothing but exceptional throughout my two years with the club, supporting us through unprecedented, difficult times. Darren is a strong leader who will continue to give us the best chance to compete for trophies at all times.”

Boasting an impressive 84% pass completion accuracy and averaging less than one foul per game through his professional career, Magalhães is a key player for the Kickers on both sides of the ball. Reflecting on Magalhães’ return to his side, Coach Sawatzky said he and his technical staff “look forward to his no nonsense defending as we head into the USL League One season, along with his left foot and aerial ability on set plays."

Beyond his leadership on the field, Magalhães sets an example off the field too: during the 2020 USL League One season, he completed his course work for a Bachelor of Science in Economics degree from the School of Behavioral and Social Sciences at the University of Maryland, culminating with his graduation in December 2020. Magalhães is looking forward to continuing his leadership into the new season, stating that his “goal is to be a leader for the younger players and newcomers on the team and help the Kickers be one of the best defenses in the league.”