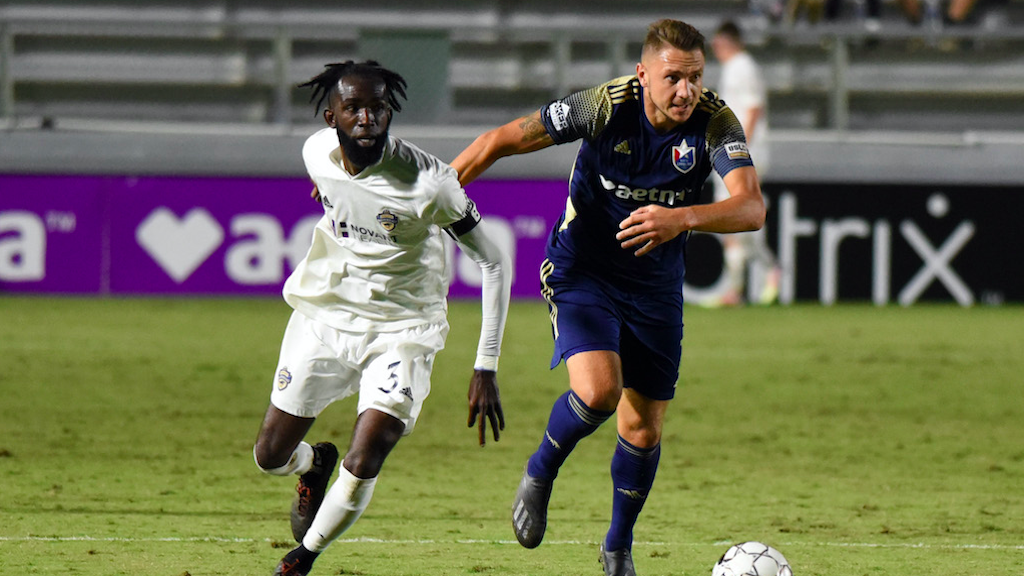 CARY, N.C. - North Carolina FC announced on Friday that forward Robert Kristo has signed a contract with the club and will return for the 2021 season, pending league and federation approval. Kristo has scored 13 goals in an NCFC uniform since signing with the team in January 2019.

“I’m so pleased to welcome Robby Kristo back to North Carolina FC for 2021,” said NCFC Head Coach John Bradford. “He has been a big part of our club’s attacking success over the last two seasons and we will be looking to him to again lead the front line this year. Having another player with Robby’s ability and experience is another huge piece of our roster coming together for this year.”

During a shortened 2020 season, Kristo was a staple for North Carolina FC, appearing in all 15 matches for a total of 728 minutes. His two goals during the season were both scored on headers and he led the team in shots taken with 32.

Kristo appeared in 26 matches in 2019 with NCFC, making seven starts. With nine goals in 868 minutes played, he posted the highest goals-per-90-minutes average (0.95) in the USL Championship among players to log 800-plus minutes in 2019. Each of his nine goals were scored during home matches at Sahlen’s Stadium at WakeMed Soccer Park.

The physical forward also made his presence known in the 2019 Lamar Hunt U.S. Open Cup, scoring two goals against the Richmond Kickers. He made two total appearances during the tournament for 163 minutes.

Kristo played collegiately for current NCFC assistant coach Mike McGinty at Saint Louis University, where he scored 41 goals and recorded 15 assists in 71 appearances. He was named the Atlantic 10 Conference Offensive Player of the Year and was a Hermann Trophy semifinalist as a senior in 2014.

In 2015, the forward signed his first professional contract with Serie B side Spezia in Italy. He scored two goals in 19 appearances from 2015 to 2016 while on loan with Italian clubs Fidelis Andria and Tuttocuoio. Kristo then spent time from 2016 to 2018 with German club VfL Osnabruck.