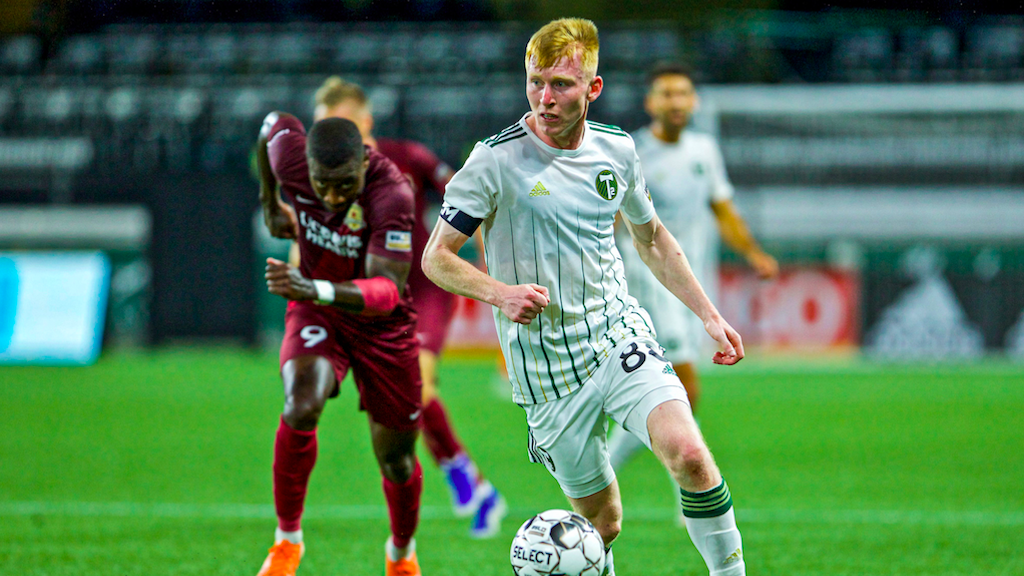 MADISON, Wisc. - Forward Madison FC announced Wednesday that the club has signed deep-lying playmaker Aaron Molloy to its 2021 roster. Molloy, who was selected 16th in the 2020 MLS SuperDraft by Portland Timbers, adds a high-quality presence to the Flamingos’ midfield on both attack and defense.

“When I talked to [Head] Coach [Carl] Craig, I was absolutely thrilled with everything he had to say, from the atmosphere at the stadium to the culture he’s trying to create,” Molloy said. “When I got off the phone, I called my agent straight away and said this is somewhere I want to be. I’m absolutely buzzing to get going.”

Molloy, 24, played in 15 of 16 games for Portland Timbers II in the USL Championship last year, leading the team in both passes and tackles. Forward Madison Head Coach Carl Craig emphasized Molloy’s ability as a two-way player, saying that the Irishman could take the Flamingos to a new level with his ability to dictate the tempo from midfield.

“I think the fact that a player of Aaron’s caliber is coming to Forward Madison sends a message about what kind of a club we are,” Craig said. “We’ll be honest in saying that we don’t expect Aaron to be here for a long time. We think he can come here and help us win a championship, grow as a player and eventually when his time comes, move on to bigger and better things.”

Molloy, who is from Dublin, hails from a soccer family: His father, Trevor, was a prominent striker in the League of Ireland. The younger Molloy began his career at Drogheda United in 2016 before moving across the pond to Keiser University (Fla.) and then Penn State. Molloy starred for Reading United AC in his college offseasons, winning USL League Two’s Young Player of the Year award in 2017.

After finishing university, Molloy was picked in the first round of the 2020 SuperDraft by the Timbers. He trained with the first team before the pandemic, eventually earning a starting place for Portland’s USL Championship affiliate. In moving to Madison, Molloy said he’s looking forward to bringing success to a passionate fanbase.

“The community is a huge part of it, and for me that’s absolutely fantastic,” Molloy said. “I want to go to Madison and win a championship. That’s the biggest thing for me, I want to be part of a winning environment.”