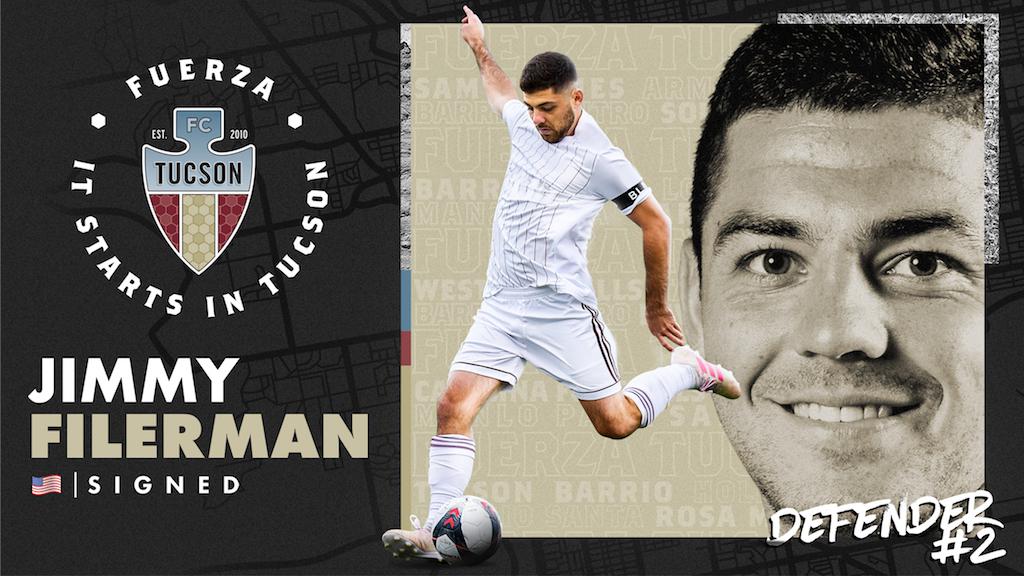 TUCSON, Ariz. — FC Tucson announced today that the club has signed 24-year-old defender Jimmy Filerman, pending league and federation approval. Filerman will be the club’s fourth new addition ahead of the 2021 USL League One season.

“Jimmy is a dynamic attacking left back that fits the profile we look for in that position,” said Head Coach John Galas. “We are thrilled to welcome him to the club and I look forward to working with him this year.  I think the fans will love his style of play, and his high pressing energy.”

“I am extremely excited and thankful for this opportunity. I am really looking forward to arriving in Tucson and getting to work,” said Filerman.

During his time in League Two, Filermen played four years of NCAA Division I soccer at Old Dominion University, recording six goals and eight assists. During his senior season Filerman was named second-team All-Conference and finished tied second for shots with 18. Filerman was also featured on SportsCenter Top 10 on November 9th, 2017 at the number four spot with a volley from outside the 18-yard box.