'Community Is The Lifeblood': USL to Portland Picks Up Momentum 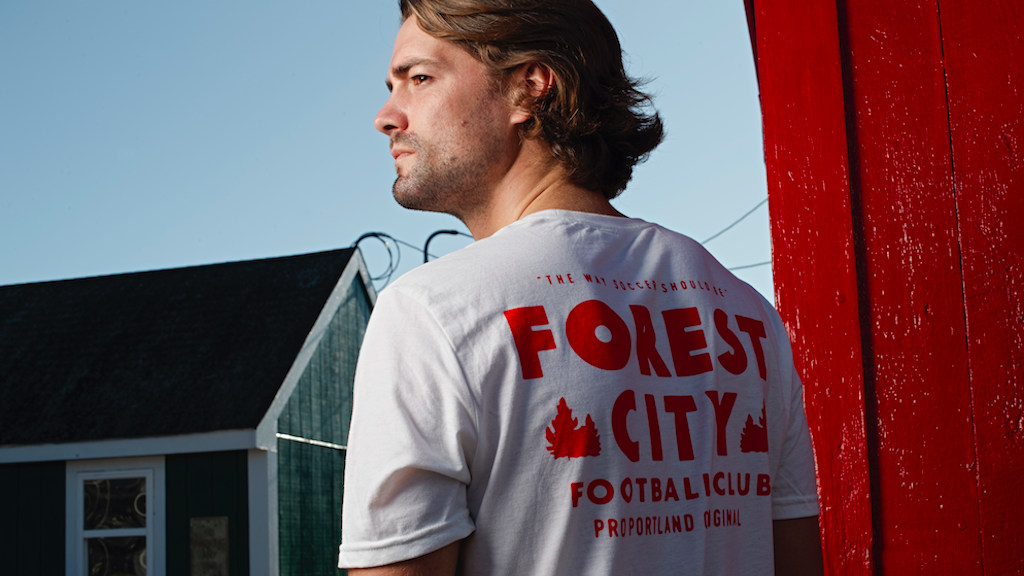 Since USL to Portland was announced over a year ago, the movement has been building momentum, gaining supporters, community partners, and more recently, releasing an environmentally-focused clothing collection.

As the prospective USL League One expansion group moves toward bringing professional soccer to Maine, Portland Pro Soccer's founder and president Gabe Hoffman-Johnson has been intensely focused on making sure the process remains authentically Portland.

I sat down with Hoffman-Johnson, himself a former two-time Gatorade high school soccer player of the year and USL player with Saint Louis FC, to get an update on the movement's identity, goals, and next steps.

CK: Hey Gabe - appreciate you taking the time to catch up with me, and to speak a bit more about the work you all are doing to bring pro soccer to Portland. My first question is pretty simple - What makes Portland a great place for a pro soccer team?

GHJ: So many reasons! But first, I want to recognize the challenges Portland is facing – like the rest of the country – as a result of the pandemic. Many of my fellow residents, businesses, and so much of what makes our city such a remarkable place, are struggling... but I take comfort in the fact that there are brighter days ahead. We certainly hope to be a part of that. In many ways, our USL to Portland efforts are an investment in the future vitality of our community, but I think it’s important to be conscious of our current context.

But to your question, Portland is a creative, scrappy and evolving city. We’re welcoming, but tight-knit and passionate beyond our size. It’s a fantastic sports town whose teams have always been well-supported, with a rich history in professional baseball, hockey, and basketball. Our food and beverage scene is phenomenal—it was literally named the 2018 Restaurant City of the Year by Bon Appétit—and we have one of the highest breweries per capita of any city in the country as well.

Our creative/multicultural arts scene is noteworthy, but it’s really our sense of community as a whole that make Portland and Maine so special. Community is the lifeblood of our state. As a club, we’ve really enjoyed tapping into the many diverse communities – whether that’s some of the ones I just mentioned, the soccer community, growing immigrant community – we all share a common thread in a sense of place and purpose, a sense of provenance almost.. even for those of us who are technically ‘from away’. The true beauty of soccer and the future club is in it’s inclusivity, and ability to act as a catalyst for bringing people together. No matter who you are, or where you come from.

I can’t think of a better city for a pro soccer team to be emblematic of, than Portland.

CK: The first capsule collection for the movement came out looking incredible – can you talk a bit more about the ideation process for that Forest City collection, and why it’s so important to locally address a global issue?

GHJ: Of course, I’m glad you asked. From day one our vision has been for the club to be a platform and proponent for good. I think it’s important we vocalized our dedication to positive community impact from the start. That focus is a major part of our reason for exsisting, and we actually created a ‘Community Council’ last year, made up of a diverse group of individuals from different Portland communities to help us identify key social issues we’d like to address and actionable ideas we can execute as a club. 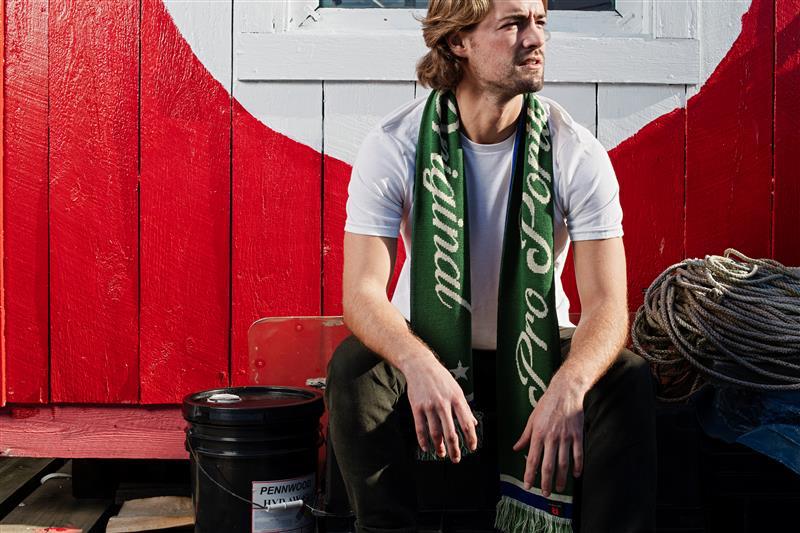 As we’ve seen, especially highlighted in the last year across professional sports, teams, leagues and athletes are powerful vehicles for addressing and promoting social change. For us, environmental sustainability is an important issue. In Maine, our natural resources are a massive part of what make our city and state such a remarkable place to live.

The motivation behind the capsule collection all stemmed from our commitment to being an active advocate for social impact. Pairing the concept with the apparel was our way of bringing it to life while leaning into the soccer lifestyle space and giving a nod to the city’s heritage. A powerful combination and useful marketing activation that generated some excitement, increased awareness, and helped build our digital presence. This was really just the first step though. More to come!

CK: Love that. Switching gears to discuss a different type of environment - how do you plan on building out a great matchday environment and really connecting this club to its community through soccer?

GHJ: Gameday experience is huge. We’re very excited by the progress being made behind the scenes with our proposed stadium development, and have been spending some time recently working through some initial design concepts. We also have some fun ideas around ways to capitalize on Portland’s food and bev community, and really create an environment that fans want to come enjoy.

I think there are also some important things to keep in mind, like including the supporters group in the process, but it’s still fairly early days. We’re really focused on educating ourselves, speaking with other clubs and consultants, and learning as much we can from other teams. Our goal is to provide something that is an asset for the city and benefits the community. We’re being thoughtful about maximizing use for more than just the club. There’s still a lot of work to be done, but it’s exciting, and I’m looking forward to the day when we can share more! 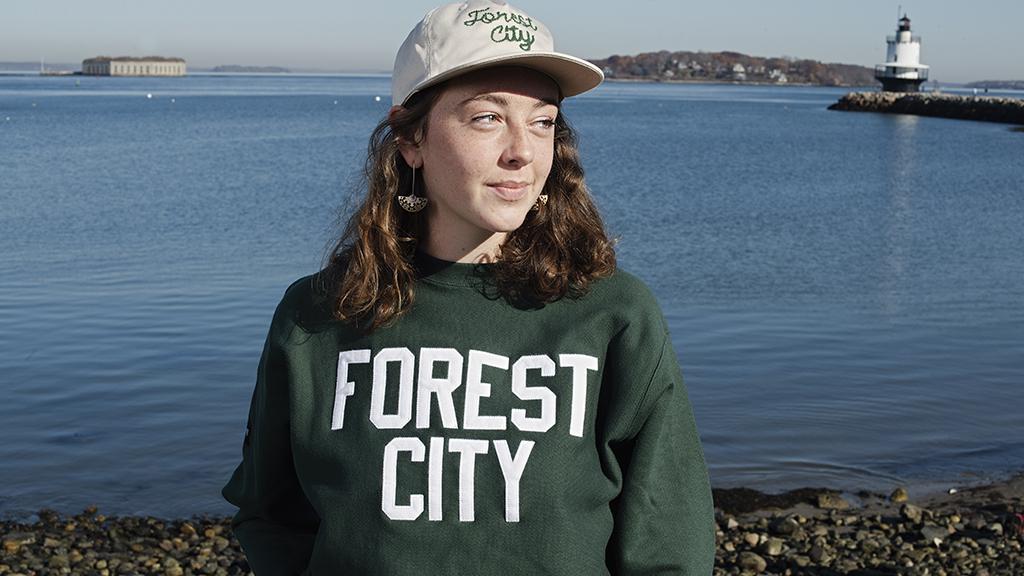 CK: From a purely soccer standpoint, and as a former pro USL player yourself, how much will having the League One platform in Portland boost the overall level of the sport in Maine and the Northeast?

GHJ: I love the aspirational element of it all. Growing up as a player in Maine, there wasn’t any visible or easily accessible path to pro soccer. As the sport has continued to grow across the country, the idea of providing a platform for states like Maine and regions like northern New England who are generally removed from adequate opportunity is very exciting, and part of what I love about what the expansion of USL over the last decade.

It’s been massive for the growth of the game and developing talent. I was probably fortunate to sign coming out of college, there just weren’t enough rosters for the amount of quality players at the time. That’s changing, and I’m thrilled about the future club giving local Maine and New England players an opportunity and something to aspire to.

We’ve had fantastic dialogue with city, regional, and state-wide soccer clubs and organizations. It’s been fun to share our vision for uplifting the entire soccer landscape, and exploring ways to work together. Fortunately, I think the timing is perfect once we see a return to normalcy. With the macro trends driving increased support from fans and participation from youth players, I think there is a high demand for clubs in cities like Portland and across the U.S.

CK: Finally, what are the club’s key next steps as we move toward a possible formal announcement in the future?

GHJ: I can’t give it away now, but there’s some exciting news coming soon. From the start we’ve been fairly vocal about our work on the stadium. Finalizing a place to play is the final hurdle, and we’re getting closer each day. Our diligence phase has been robust and time consuming, but it’s incredibly important.

Discussions with the city have been ongoing for some time now, and we’re expecting to be at a place where more can be shared publicly in the near future. Parallel to our work on the stadium, engaging with key stakeholders and including the community in the process is vital, and a constantly ongoing step if you will. It’s been incredibly rewarding to see the level of excitement and grassroots support.

CK: This is all great stuff, man. It's really exciting to see what you all are building up in Maine, and can't wait to see what's next for the group.