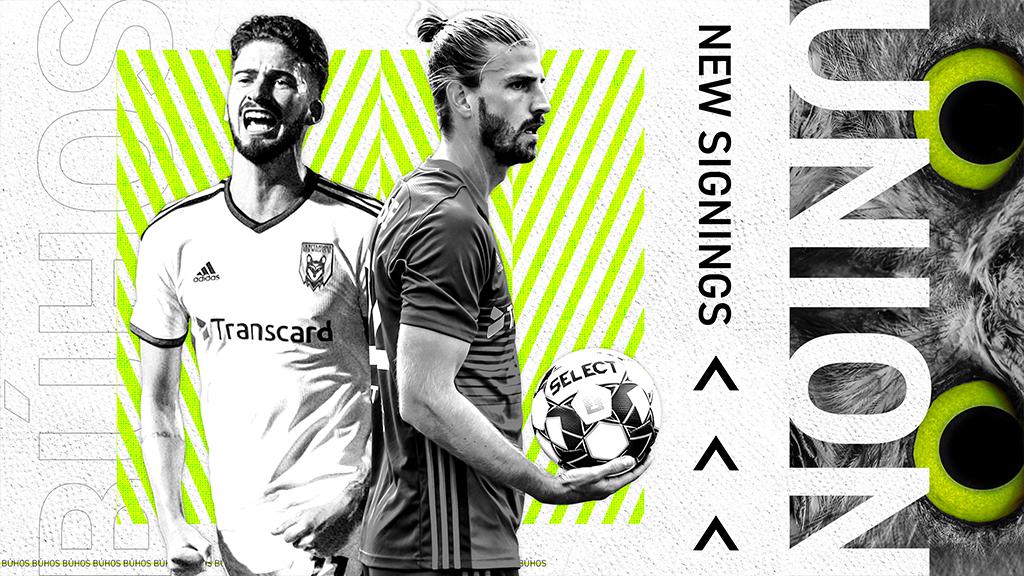 PAPILLION, Neb. – Union Omaha announced Friday its first two new signings for the 2021 season in midfielder Conor Doyle and forward Greg Hurst, both of whom spent the 2019 and 2020 seasons with Chattanooga Red Wolves SC.

Doyle represented both the United States and the Republic of Ireland at the youth international level. The McKinney, Texas native had committed to playing for Creighton University in 2010 before signing his first professional deal with Derby County of the English Championship, where he played from 2010 to 2013.

He then moved to Major League Soccer's D.C. United, where he helped the team to a U.S. Open Cup title and featured in two consecutive CONCACAF Champions League campaigns. From 2016 to 2018, Doyle played with the Colorado Rapids, Puerto Rico FC and Jacksonville Armada.

“Conor is one of the most intelligent players I have coached, and I love the fact that he always wants to get better,” said Union Omaha Head Coach Jay Mims. “You have to be self-motivated and passionate to succeed at the professional level and Conor has shown that throughout his career. Although he has great experience in MLS and England, Conor’s humility and selflessness are rare to find and I just appreciate that about athletes. I am excited to start working with him and the rest of the guys.”

Hurst’s professional career began when he signed with St. Johnstone FC of the Scottish Premiership. Hurst spent four years with St. Johnstone, with loan stints at Berwick Rangers, East Fife and Forfar Athletic. During that time, Hurst made 46 appearances and scored 11 goals.

In 2017, Hurst was a member of St. Johnstone's UEFA Europa League qualifying squad. The Stirling, Scotland native joined Chattanooga Red Wolves in 2019 and scored 10 goals for the club across his two seasons there.

“Greg is a proven goal scorer in this league as he really excels in and around the box,” said Mims. “He is very hungry to improve and develop – there is always room for growth – which is exciting for his future. I am looking forward to having Greg integrated with our team.”