Kwesele Returns to Richmond for 2021

Midfielder remains with the Kickers for a second season 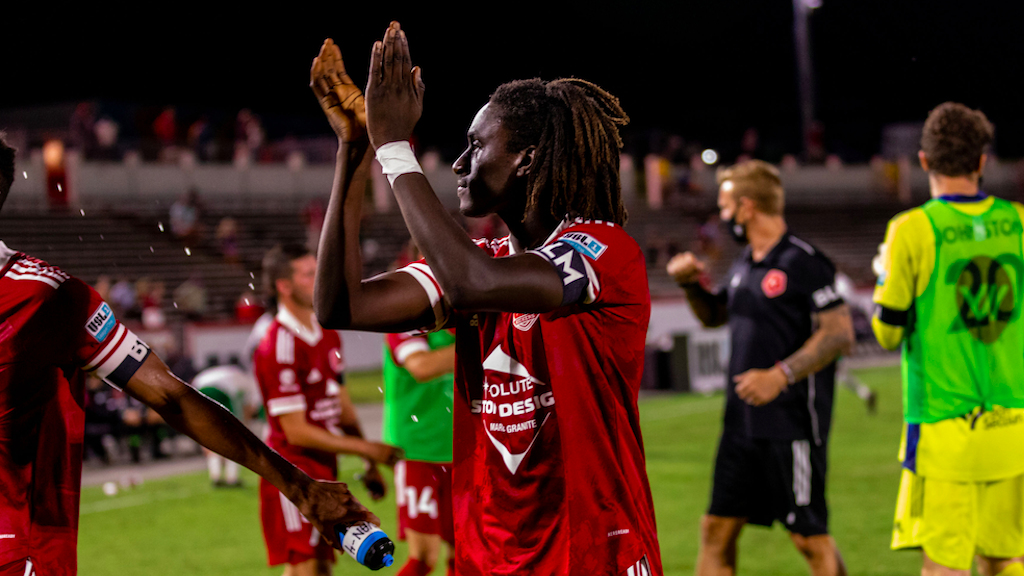 RICHMOND, Va. – The Richmond Kickers announced Tuesday that the club has re-signed midfielder Mumbi Kwesele for the 2021 USL League One season, pending league and federation approval.

"Mumbi is an intelligent player that cut his teeth here last year playing a few different roles for us," commented Darren Sawatzky, Richmond Kickers Chief Sporting Officer and Head Coach. "He is an incredible locker room teammate and we see him playing a much bigger role in a couple of positions for us in 2021."

During his first season in Richmond in 2020, Kwesele made six appearances for the Kickers, including three starts. His one assist on the season was an important one, setting up Stanley Alves’ game winner at Orlando City B on October 21. A player with great game insight, Kwesele’s passing accuracy of 82 percent was among the highest on the team, and he also had four key passes for the season.

"I'm excited to be coming back to Richmond for another year under Darren," said Kwesele. "The energy he brings is infectious and the group has definitely started to take on his DNA which is something that mixes well with the passion of our unique and dedicated fanbase.

"Returning to Richmond was an easy decision because of the dynamic of the group. Last season, we spent a lot of time isolated from regular life in the city so it was key for us to develop stronger bonds within the organization. From the front office to the coaching staff, there are so many genuine people who do a great job of helping the team operate on a daily basis."

Prior to signing with Richmond, Kwesele had a spell at Real Union B, one of the original founding members of La Liga in Spain. He played his collegiate career at Barry University (2013-2014) and Humboldt State University (2016-2017). The versatile defensive midfielder played a total of 67 games in his college career, with a total of 6 goals and 7 assists to contribute on the attacking side as well.

"My goals as an individual are very much aligned with what the team needs to do to be successful; being healthy to play each week and also being willing and prepared to step into any role to help the group win," Kwesele stated. "2021 is about building on the strong foundation we laid last season."