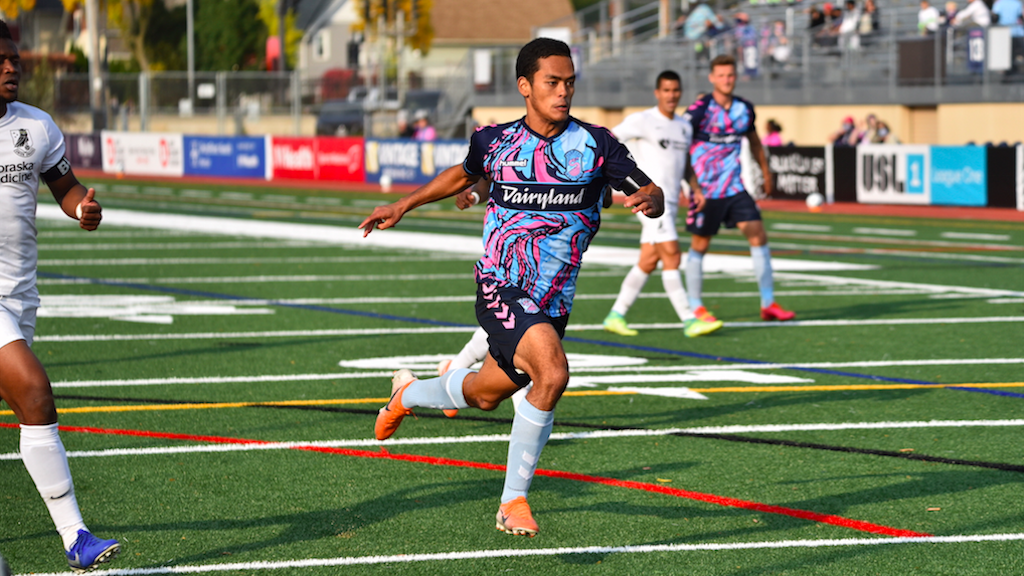 MADISON, Wis. - Forward Madison FC announced Thursday that the club re-signed left back Jiro Barriga Toyama for the 2021 season, the first member of the club’s inaugural roster to commit for a third successive season with the Wisconsin club. Barriga Toyama, who initially joined the Flamingos in 2019, enjoyed a breakout season last year, becoming a key fixture in the team’s lineup.

According to Barriga Toyama, who grew up in Japan, Madison has become a staple of his life.

“I’m very comfortable with Madison,” Barriga Toyama said. “The front office, the coaching staff, the fans - everybody’s been very welcoming. It feels like a second home.”

Although he featured primarily off the bench in 2019, Barriga Toyama came into his own in 2020, starting 14 games on the left side of the defense and playing the second-most minutes of any Madison player. Barriga Toyama also scored Forward Madison’s Goal of the Year, a thunderous game-winner against New England Revolution II on the last day of the season.

Head Coach Carl Craig, who is entering his debut season with FMFC, said Barriga Toyama fits into his style both as a player and as a person.

“Jiro has the tools, the attitude and the presence in the dressing room to be a wonderful fit in the squad moving forward,” Craig said. “His ability to go forward, his speed and his athleticism fit in with my style of football. It fits in with the style I’m trying to build as we go into the new season.”

Barriga Toyama played youth soccer in Japan before moving to the United States in 2014, where he played at Barton Community College in Kansas and Florida Gulf Coast University. Forward’s coaches spotted him in early 2019 during a trial with Major League Soccer’s Minnesota United, where Barriga Toyama scored a hat trick against current USL League One side FC Tucson.

In the two years since, Barriga Toyama has become known for his presence as a marauding fullback with the ability to beat opponents using both his athleticism and technical skill.