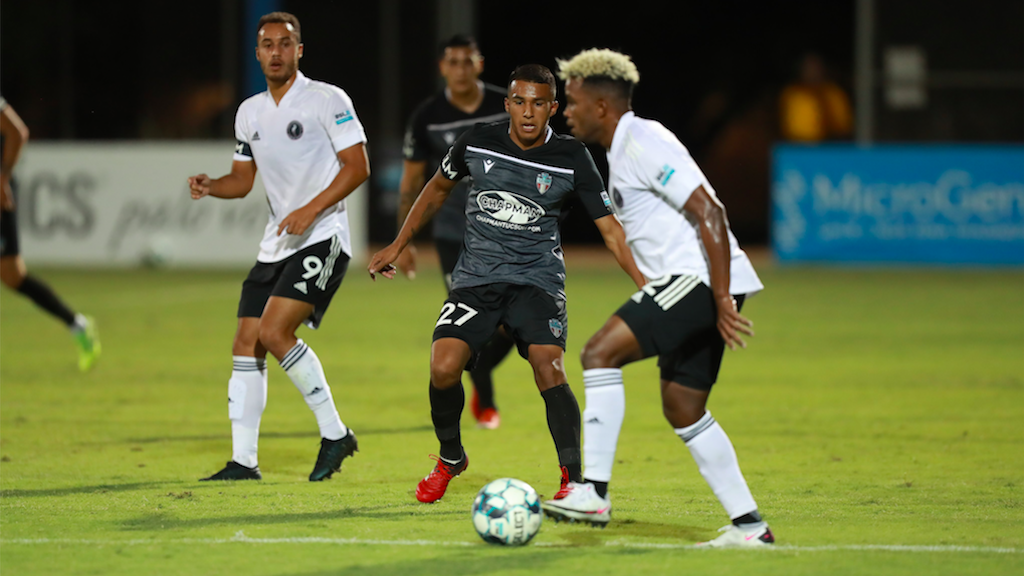 “I’m excited and honored to be back on the field with the team that made me feel welcomed since day one,” said Pena. “I can’t wait for all the big things this 2021 season has in store for all of us. I’m here to work and help compete for a championship with this team.”

The 20-year-old Pena joined Tucson on loan on September 15, 2020, midway through the club’s USL League One campaign. The Payson, Utah native logged 830 minutes across 11 matches during the 2019 season, leading helping Real Monarchs to the club's 2019 USL Championship title win.

“Happy to welcome Jordan back to FC Tucson for the 2021 campaign. He is a bright and exciting young player who we are expecting great things from,” said FC Tucson Head Coach John Galas. “He was relatively new to the left-back position, but came in last year and filled a void for us and did exceptionally well.  We fully expect him to come in and compete from day one, and we are thrilled to work with him again this upcoming year.”

Pena developed through the Real Salt Lake Academy starting in 2015, featuring for the Major League Soccer team's U-17 and U-19 sides, making a total of 72 appearances. The 5-foot-7 midfielder would go on to earn Best XI honors in the West Region of the US Development Academy’s U-19 contingent. Pena played 22 matches and scored three goals before earning his first professional contract with Real Monarchs and made his professional debut on March 23, 2019 in a 5-0 win over LA Galaxy II.