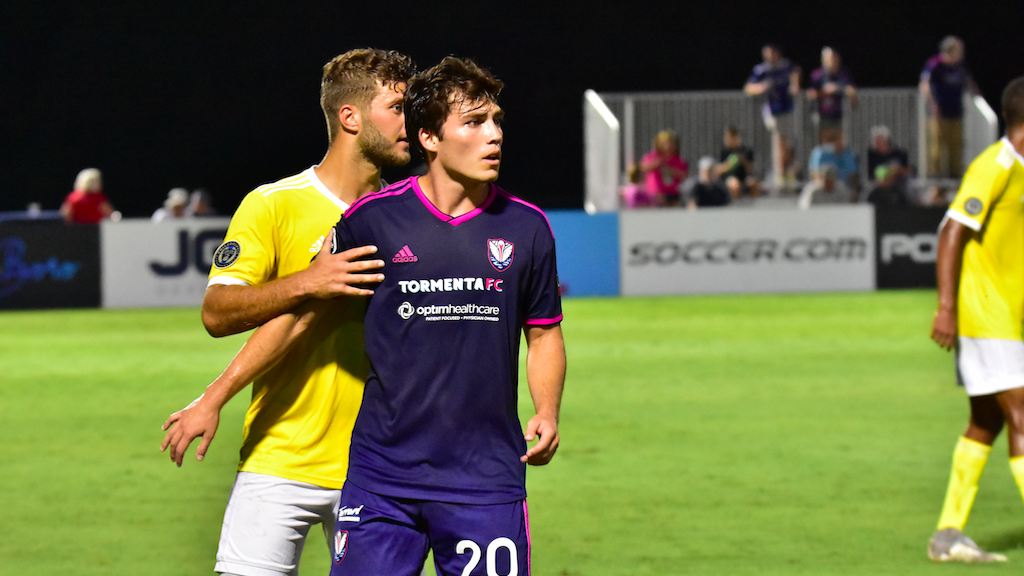 STATESBORO, Ga. – South Georgia Tormenta FC has signed midfielder Kobe Perez to its 2021 USL League One roster. No stranger to the Tormenta system, the Dalton, Georgia, native signed with the first team in 2019 after playing an instrumental role in Tormenta FC 2’s successful 2019 season. Perez returns to the club on a one-year contract with option after a stint with Union Omaha in 2020.

“I am returning with the same mindset and goal I have had since day one, and that’s to do whatever it takes to help my team and our fans get a League One Championship,” Perez said.

A staple in Tormenta 2’s midfield in 2019, Perez scored three goals and tallied three assists in 17 matches, helping the team clinch its second Deep South Division title and first Southern Conference Championship. After making a playoff run to the USL League Two Semifinals, the TFC 2 midfielder played 76 minutes in two matches for the club’s League One side, recording an 87.5% passing accuracy.

"We're thrilled to welcome Kobe Perez back to Tormenta FC,” TFC Head Coach Ian Cameron said. “Having coached Kobe at the NCAA level and the USL League Two level, it's exciting for me to now see him matriculate into the professional ranks and work together at USL League One. What sets Kobe apart is his willingness to take the ball under any pressure. For our staff, this is one of the most important attributes a midfielder can have. I have no doubt Tormenta and League One fans will enjoy watching this young man play this year."

Perez played under Coach Cameron at Mercer University, where he graduated in May 2019 after winning three conference championships. There, Perez appeared on the 2017 All-Southern Conference Tournament Team and the 2015 Southern Conference All-Freshman Team.

“It feels really good to be back and be a part of the organization that helped start it all for me,” Perez said. “I am extremely grateful for the Tormenta FC family, supporters and those who helped me get back to this point.”

Perez joins seven returners from the 2020 squad and new signees Craig McCall, Sergi Nus and Azaad Liadi on the club’s 2021 League One roster.