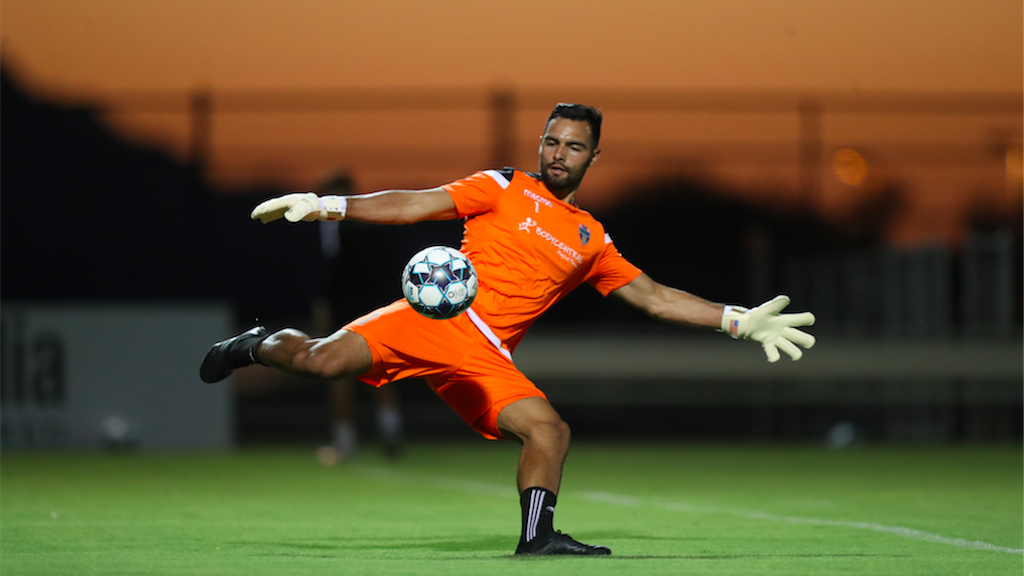 Merancio ranked fourth in League One in saves per match during the 2020 season, and earned Team of the Week honors in Week 13 / Photo courtesy FC Tucson

FC Tucson announced on Monday that goalkeeper Carlos Merancio had joined USL Championship side Hartford Athletic. The 22-year-old shot-stopper from Hermosillo, Sonora, Mexico ranked fourth in USL League One in saves per match (2.8) and earned nine starts during the 2020 season with Tucson.

“Words cannot express how grateful I am to have been a part of FC Tucson these last two years and for all the great memories the club has given me,” said Carlos Merancio. “They will always be an important part of my career. Thank you for everything, Tucson.”

Merancio earned Team of the Week honors for Week 13 of the League One season after recording 10 saves across two games, including an eight-save shutout performance against South Georgia Tormenta FC.

“I am excited for Carlos as he embarks on this next chapter of his career. He is fully deserving of this move to the USL Championship and we wish him nothing but success with Hartford,” said FC Tucson Head Coach, John Galas. “He has been a tremendous professional, and a great ambassador for FC Tucson over the last two seasons. We are excited to follow his progress in 2021.”

Merancio joins Hartford Athletic as the club's second new signing ahead of their 2021 USL Championship season. Hartford Athletic is coming off a 2020 campaign that saw the Connecticut club earn 11 wins and 3 losses, topping Group F.