Veteran midfielder re-signs for his fifth year with the Kickers 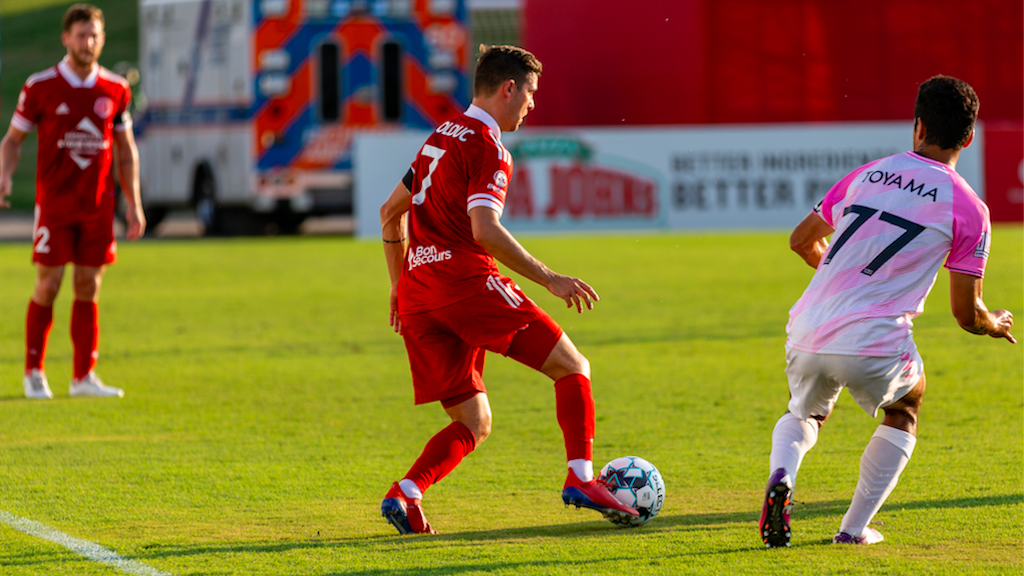 RICHMOND, Va. – The Richmond Kickers announced Wednesday the re-signing of midfielder Matt Bolduc on a multi-year deal. The 2021 USL League One season will be Bolduc's fifth year in Richmond, making him the club's longest-tenured current player.

"Matt has been a great ambassador and competitor for the Richmond Kickers and we wanted to make sure he was here with us as we build into the future,” said Darren Sawatzky, Richmond Kickers Chief Sporting Officer and Head Coach. “He is a very good attacking player and he creates goals when we need them most. Matt's vigor and intensity will help the young players understand our culture and he will complement our team in what we are working to accomplish here."

Bolduc made 14 appearances for the Kickers in his fourth season in Richmond in 2020. The veteran attacker was tied for first in the club for assists with four, making it the second year in a row when he led the team in assists. He also scored one goal — the first of the Sawatzky era — in the season opener at Greenville Triumph SC. A constant threat to the opposing defenders, Bolduc led the team in key passes (11) and chances created (15) while maintaining a passing accuracy of 78 percent, an impressive feat for a winger.

“First off, I’ve always said this, I don’t care how many people we get at City Stadium, these are the best fans in the country, especially in League One,” said Bolduc. “Last year, I saw a lot of progression with the club and the team. Finding a more consistent winning mentality and fighting for each other on the pitch are two things Darren has instilled in our group and I can’t wait to start training.”

Bolduc signed with the Kickers just after the start of the 2017 season, and tallied two goals and an assist in 15 appearances that year. He would go on to make 24 appearances over the next two seasons. 2019 became a breakout year for Bolduc, boasting a career-high six assists to lead the club.

“Goals for 2021 are pretty simple,” said Bolduc. “Go one step further than last year. We were a win away from going down to Greenville for the final and in those scenarios it comes down to who shows up on the day. So we go again and look to improve everyday through October.”