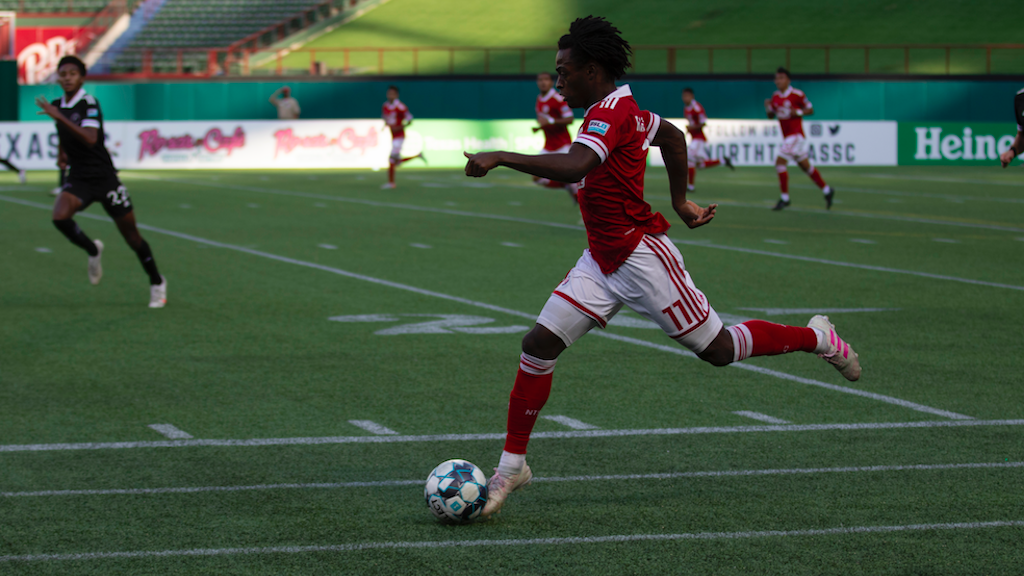 IRVINE, Calif. - Orange County SC announced Tuesday that the club has signed Haitian international and 2019 USL League One Golden Boot winner Ronaldo Damus. A prolific scorer for North Texas SC during the 2019 and 2020 League One seasons, Damus' nose for goal was a key factor in helping North Texas win the inaugural League One title.

“We are delighted to add Ronaldo, one of the top young forwards in the USL to our roster,” said OCSC President of Soccer Operations Oliver Wyss. ”Ronaldo is a real talent with a bright future ahead of him and he will continue to develop in our professional environment. We are looking forward to showcasing him in Orange County and preparing him for his goal to play on the highest level in Europe.”

The 21-year-old striker recorded 16 goals in 20 regular season matches during the 2019 League One campaign, and added five goals and two assists in the shortened 2020 season. Damus' stellar performance in League One earned him the top spot on the 2019 USL 20 Under 20 list.

“I’m very eager to start working with Ronaldo,” said OCSC Head Coach Braeden Cloutier. “He is a very exciting young prospect that has a talent for scoring goals.”

Damus made his senior international debut at age 16, starting for Haiti against Costa Rica in a 2016 World Cup Qualifier. He is OCSC's sixth offseason roster addition, and will have the opportunity to learn from the club's solid core of veteran players during the upcoming USL Championship season.