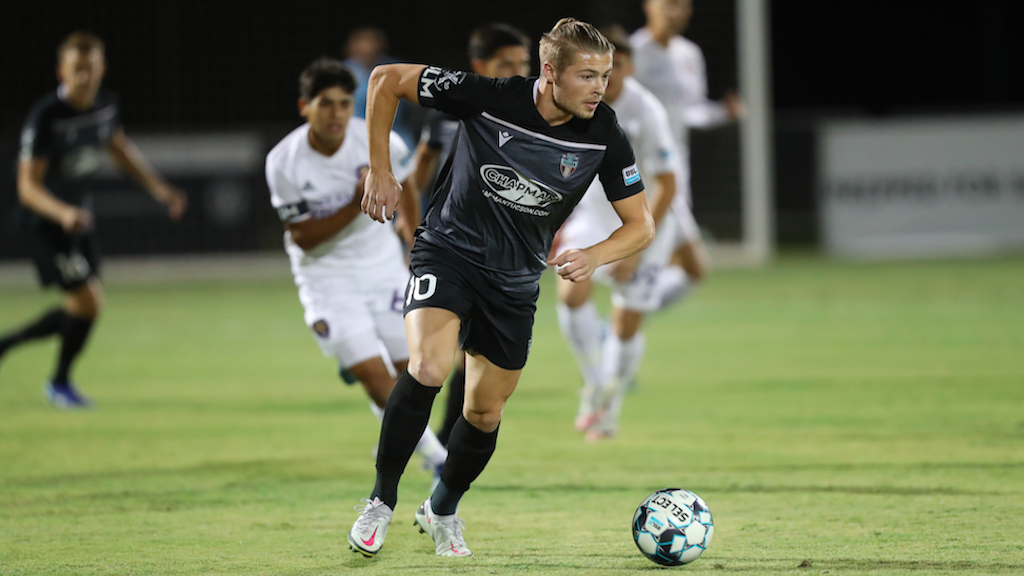 Dennis was one of League One's best creative players in 2020, finishing joint-top of the league in chances created / Photo courtesy FC Tucson

TUCSON, Ariz. - FC Tucson announced Tuesday that attacking midfielder Charlie Dennis has re-signed with the club, confirming that one of League One's best creative players will be back in the black kit of the Arizona team for a second season in 2021.

"We are delighted to have been able to re-sign Charlie Dennis for the 2021 season. In a shortened 2020 season, he logged over 1,100 minutes for us and proved to be one of the most dangerous attacking players in the league," said FC Tucson Head Coach John Galas. "With his experience and quality of play, he first in really well with our goals and objectives for the upcoming season. He's a good pro and a joy to coach - I am thrilled he will be back with us in Tucson."

A Brighton, England native and product of the Southampton FC Academy, the 25-year-old Dennis led FC Tucson with five assists in 2020, a tally which ranked third overall in League One. His 36 chances created were joint-most in the league, and Dennis also ranked second in League one in key passes per match and in the top ten in total dribbles completed.

"I am excited to return to Tucson for the 2021 season," said Dennis. "I loved every minute of last year and can't wait to improve on what we built as a club. I am looking forward to getting my boots back on and having a spectacular second season."

During his pre-professional career, Dennis played for Tormenta FC 2 in USL League Two and collegiately for Palm Beach Atlantic University. He joins Manuel Ferriol as a confirmed returning player for the 2021 Tucson midfield.