Midfielder appeared in nine matches for FCT in 2020 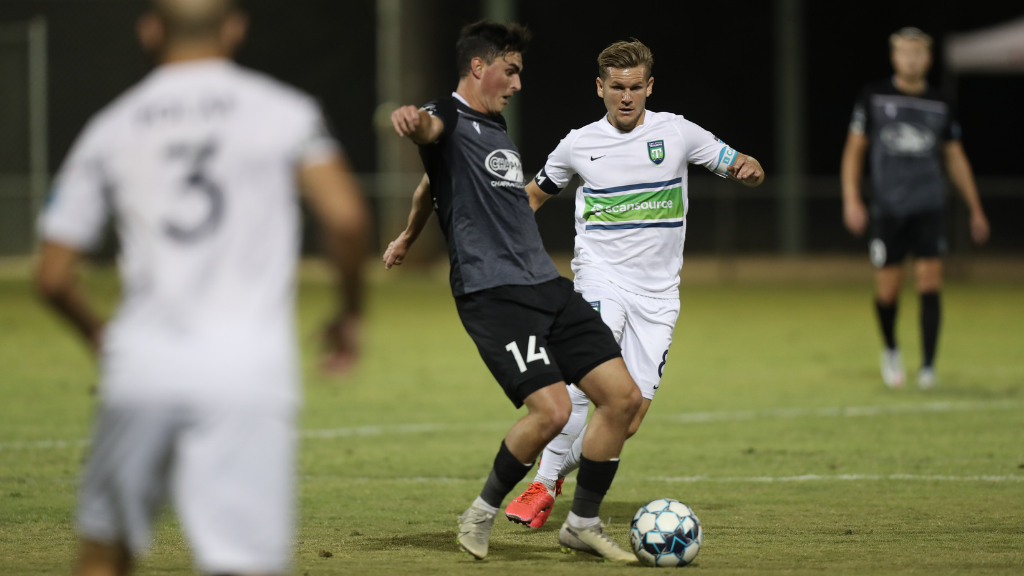 Ferriol appeared in nine matches for FCT in 2020. (Photo courtesy of FC Tucson).

FC Tucson has exercised the contract option on Spanish midfielder Manu Ferriol, the club announced Tuesday. Ferriol is the third player to be added to FCT’s 2021 roster.

“I am extremely excited to come back to Tucson for 2021,” said Ferriol.  “I can’t wait to give back all the confidence I’ve been shown by the coaching staff and club. Fuerza Tucson.”

Ferriol made nine appearances for FC Tucson after signing with the club in February of 2020. Due to COVID-19 related travel restrictions, the 22 year old  was unable to join the club until September after which he became an integral part of Head Coach John Galas’ squad. Prior to signing with FCT, Ferriol was selected 40th overall by FC Dallas in the 2020 MLS SuperDraft.

“With exercising the option of Manu Ferriol we are returning a quality player to our 2021 team,” said Galas. “Although we only had Manu for a handful of games in 2020, we saw some of his quality. “He was a treasured member in the second half of 2020 and we are very much looking forward to having him here for a full campaign in 2021.”

During his time at JMU, Ferriol played in the USL League Two with the LongIsland Rough Riders, where he was selected to the 2019 Eastern Conference Team of the Season, scoring 5 goals and tallying a team-leading 4 assists.

Ferriol is the first midfielder from the 2020 team to return to FC Tucson, joining Shak Adams and Roberto Alarcon on the club’s 2021 roster.