Kickers Bring Back Bolanos for 2021 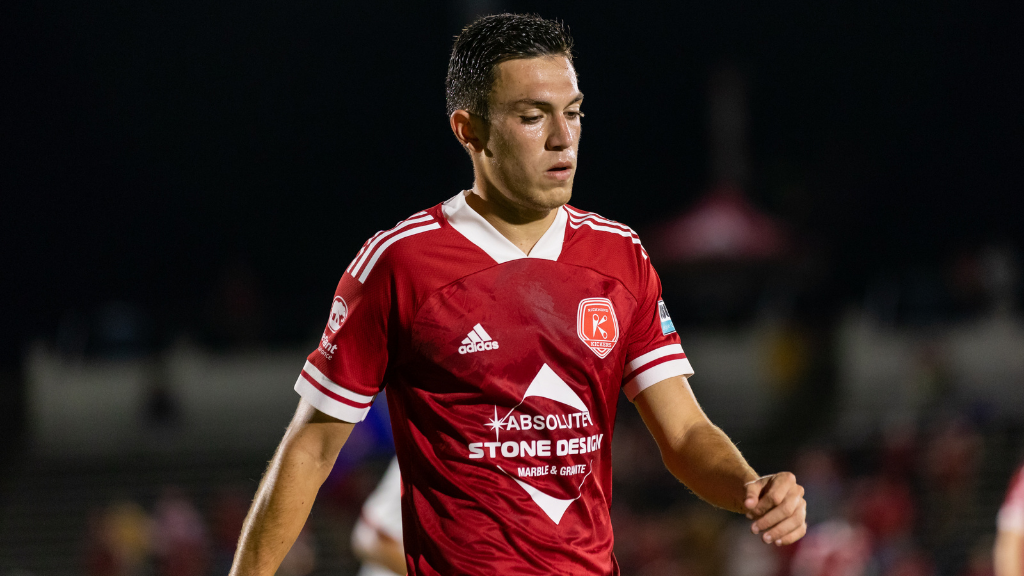 Bolanos scored two goals and added an assist in his first professional season with the Kickers. (Photo courtesy of Richmond Kickers).

The Richmond Kickers have re-signed midfielder Jonathan Bolanos for the 2021 season, the club announced Monday.

"Jonathan is an exciting attacking player that scored an incredible goal and created others for us in 2020,” said Kickers Chief Sporting Officer and Head Coach Darren Sawatzky. “We are thrilled to have his arsenal at our disposal for the coming year. We feel that he will cause havoc to opposing defenses and we should see him climb the scoring charts in 2021."

Bolanos tallied two goals and an assist in 15 matches for the Kickers last season while finishing third on the team in chances created with 13. His first two professional goals lifted Richmond to a crucial win over Orlando City B during the race to the postseason.

“Being able to return for a second season with the Kickers and play under Coach Darren is a great feeling and another stepping stone in my career,” said Bolanos. “My first year as a pro I learned a lot from Darren and the rest of the coaching staff and can't wait to continue learning and improving this next year. Playing at City Stadium in front of our amazing fan base was truly an honor and I hope to bring more wins and a trophy to them next year.”

A native of Miramar, Florida, Bolanos played four years at High Point University prior to signing his first professional contract with the Kickers in 2020. He made 74 appearances for the Panthers and started in all 20 matches his senior season. Over his collegiate career, Bolanos scored 15 goals and added 10 assists, with a career-high five assists in his junior season. Prior to the start of his senior year, Bolanos played in 12 matches with the Des Moines Menace in USL League Two.

“Personally, I am looking forward to helping the team get more wins next year and doing everything I can to bring a trophy to Richmond,” Bolanos said. “This past year we fought through a lot of adversity and learned a lot about each other and how Darren wants us to play. Learning from that, this next year we will even be stronger and more collective as a unit. I am very excited to be back in Richmond and big things are coming in 2021.”