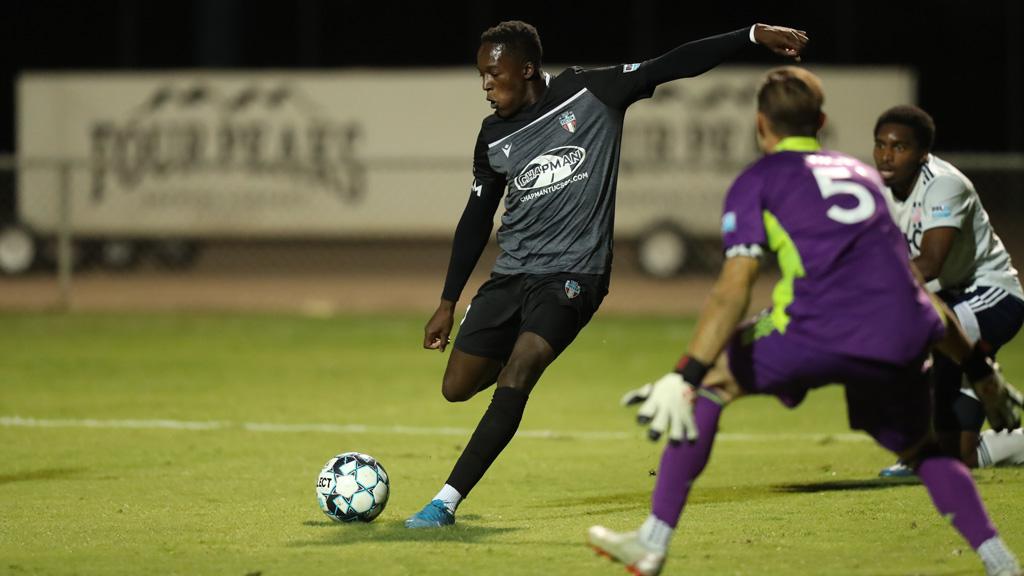 South Georgia Tormenta FC has signed former FC Tucson forward Azaad Liadi ahead of the 2021 season, the club announced Thursday. Liadi will return to Statesboro where finished out his collegiate career with Georgia Southern University.

“I’m really excited to be back in a familiar place,” said Liadi. “I hope to make an impact from day one and bring some excitement to the city, fans and most importantly win some games. I can’t wait to get back down to Statesboro and give my everything to an organization and coach that has really shown me just how much they value me as a player.”

Liadi recorded three goals and three assists in his first professional season with FC Tucson. The 22-year-old attacker was named Player of the Week in Week Six of the 2020 USL League One season after scoring a brace to help his side to a 4-1 victory over Orlando City B.

"Azaad is a player who I felt we let slip through our fingers last year, and I was very keen to bring him back to Statesboro for 2021,” said Tormenta FCHead Coach Ian Cameron. “He is a player of great promise and is nowhere near his potential yet. When he gets in our environment and falls in love with getting better through film, fieldwork and relationships with teammates, he's going to be amazed at what he can do on the field."

Liadi transferred to Georgia Southern after playing three seasons at Saginaw Valley State University where he made 56 appearances and tallied 11 goals and five assists. The Sterling Heights, Michigan native then scored three goals in 16 matches during his senior year in Statesboro.

After graduating in 2019, Liadi played a season in USL League Two with the Cincinnati Dutch Lions. He also has experience in the NPSL, where he scored five goals and recorded three assists for AFC Ann Arbor in 2018.

Liadi joins a strong core of returners from the 2020 squad, along with new signees Craig McCall and Sergi Nus on Tormenta FC’s current 2021 roster.