Midfielder started all 16 games for Kickers in 2020 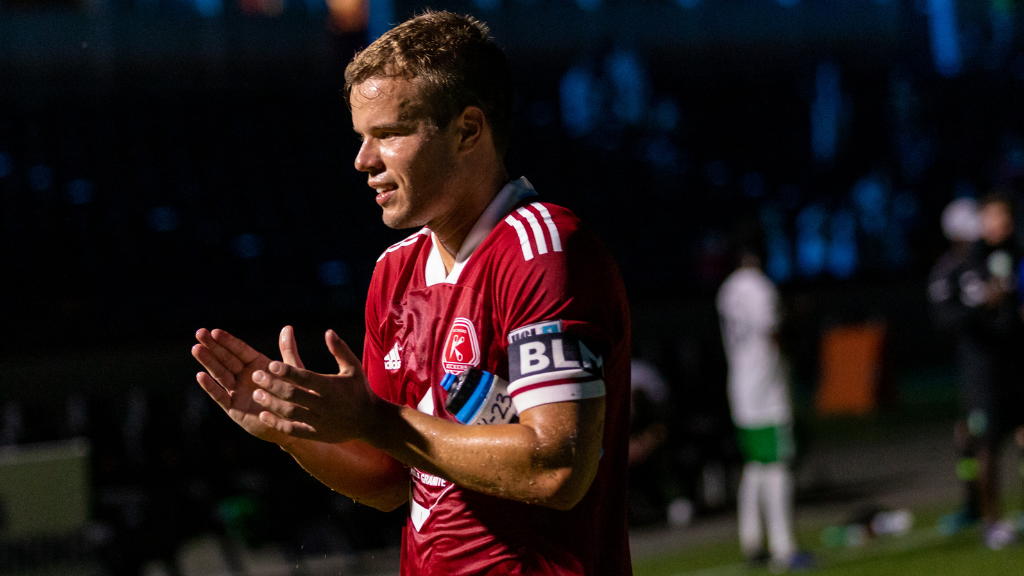 Falck led the Kickers in minutes in his rookie season. (Photo courtesy of the Richmond Kickers).

The Richmond Kickers have re-signed midfielder Victor Falck for the 2021 season, the club announced Wednesday.

“Victor had a good rookie season for us last year and we are happy with his progress,” said Chief Sporting Officer and Head Coach Darren Sawatzky. “He had an impact in games in ways that do not always show up in the statistical columns. His willingness to do the hard work behind the scenes made him an important piece to bring back to our puzzle for 2021."

In his first professional season, Falck started all 16 matches for the Kickers and led the side in minutes played with 1,383. Falck was consistent on both sides of the ball throughout his rookie season and ranked first on the team in ball recoveries in the opponent’s half, and was second on the team in pass completion, tackles won, duels won, aerial duels won and interceptions. The Swedish midfielder scored his first professional goal to salvage a point for Richmond in stoppage time at FC Tucson on September 5, 2020.

“I'm happy to be back in Richmond for a second season,” said Falck. “Last season was a good learning experience for me that ended in huge disappointment as we lost our spot in the final. I'm back to try to win as many games as possible and with Darren at the club, my chances for that are good. The City Stadium crowd played a massive part supporting us last year and I'm excited to be back on City Stadium creating great memories with them.”

Falck started his collegiate career at the University of Virginia before transferring after his freshman season to the University of California, Irvine. He played three seasons at UC-Irvine, making 59 appearances, starting all but one match and tallying four goals and seven assists. Falck was named to the All-Big West First Team and was honored as the Big West Co-Midfielder of the Year following his senior season.

After making the move to Virginia from Landvetter, Sweden, Falck joined Richmond United in 2014 during the club’s inaugural season, playing two years with the Development Academy side. Living in Virginia Beach, he would drive over 100 miles each way, four days a week for practices and games. During his time with United, Falck was given the opportunity to train with the Kickers pro team. He became the first Richmond United graduate to sign a professional contract.

Making the transition from Richmond United to college to the professional level, Falck shared his thoughts of what current United players can do to prepare for their next steps.

“First of all, figure out if soccer is really what you want to do. If so, commit to it whole-heartedly. Most college players don't make it to the professional level, so it's important to not fall into the habits of the ‘normal college soccer player.’ Being a college athlete is already a great achievement and very time consuming, but if playing professionally is important enough for you then you will find time to do the details right -- eat healthy, sleep enough, extra training sessions, work hard in training, etc. Consistency over a period of time guarantees results. Although it does not guarantee you will sign a professional contract, I guarantee that it will raise your chances of signing one by a lot.”