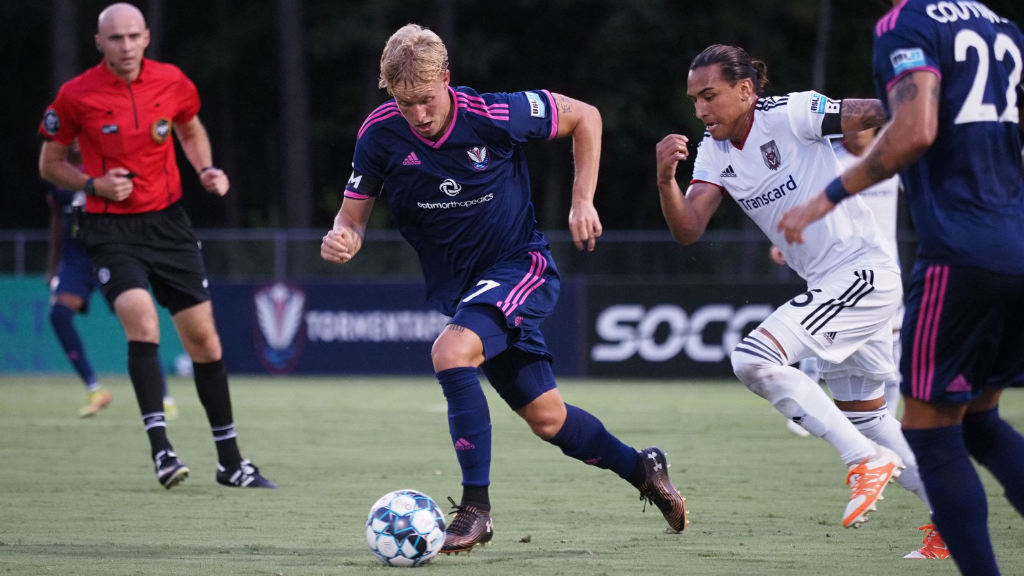 Mayr finished tied for second in scoring for Tormenta FC in 2020 with three goals. (Photo courtesy of Aaron Cranford/Tormenta FC).

South Georgia Tormenta FC has re-signed Luca Mayr-Fältén, picking up the midfielder’s one-year option, the club announced Tuesday. The 2021 season will be Mayr-Fältén’s third with the Tormenta FC organization and second in the professional ranks.

Mayr-Fältén started 15 of Tormenta FC’s 16 matches in 2020, scoring three goals and recording an assist during his rookie campaign. The Austrian midfielder’s three goals saw him tied for second on the team in scoring, while his 16 chances created were good enough for third on the Tormenta FC squad behind fellow returners Marco Micaletto and Stefan Mueller.

"We're delighted to have Luca back playing for Tormenta in 2021,” said Tormenta FC Head Coach Ian Cameron. “Midfielders who have an eye for goal are hard to find, and Luca is always hunting for opportunities to create and score.

“With a revamp of attacking options being recruited for the upcoming season, the staff are intrigued to see how Luca can develop into a more complete and balanced player. Having worked with him in USL League Two play and now his first pro season, I'm confident that he will make strides this season, and he's a player our fans will continue to get excited about."

Before signing with the professional side, Mayr-Fältén notched eight goals and five assists for Tormenta FC 2 in 2019, leading the team to both Deep South Division and Southern Conference titles.

Collegiately, Mayr-Fältén scored 15 goals and tallied 15 assists across four seasons at the University of South Carolina. He also has high-level experience at the youth level after playing for the U-16 and U-18 Austrian National Teams and SV Reid in the Austrian Football Bundesliga.

“I’m excited to play here for Tormenta for another year,” Mayr-Fältén said. “I feel like we have unfinished business, and I’m looking forward to another great year. We all came here to win a championship. I also want to thank the owners, the coaches and everyone associated with the club for trusting me another year.”