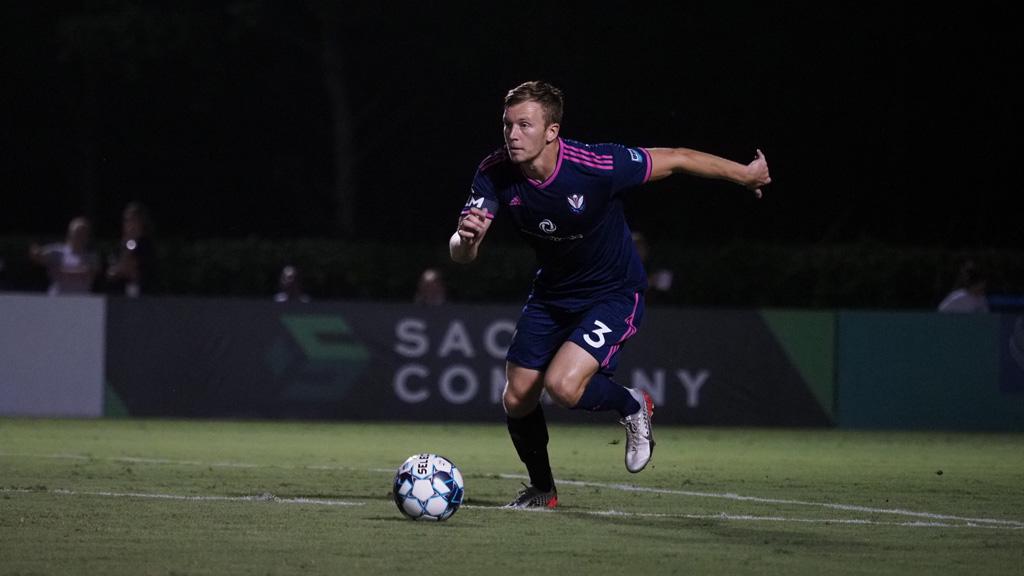 Mueller was one of two players to play every minute for Tormenta FC in 2020. (Photo courtesy of Aaron Cranford/Tormenta FC).

South Georgia Tormenta FC have re-signed defender Stefan Mueller to a two-year contract, the club announced Wednesday. The 2020 season was Mueller’s first in the professional ranks in the United States.

“It's extremely exciting coming back to a club where the ownership, staff, and fans place so much belief and trust in you,” Mueller said. “2020 was a special year for me, and I'm grateful for the opportunity to continue to help grow the beautiful game in South Georgia. I'm looking forward to getting back with the group and working towards an even more successful 2021.”

Mueller played every minute for Tormenta FC in 2020, proving to be a reliable left back willing to work at both ends of the field. In addition to finishing as joint leader in minutes played, the 6-2 defender created the second-most chances on the team with 21, led the side in successful crosses with 26 and finished in the top three in clearances (37) and interceptions (19).