Golden Boot Winner set to return to Richmond in 2021 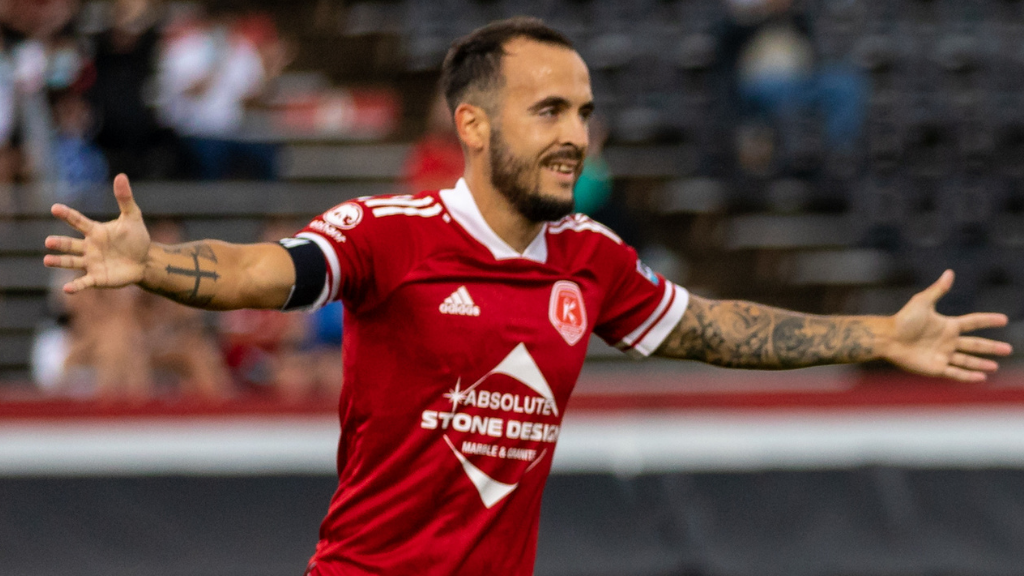 Terzaghi scored 10 goals in his first season in League One, capturing the Golden Boot and earning the MVP award. (Photo courtesy of Richmond Kickers/Jessica Hendricks)

The Richmond Kickers have re-signed 2020 USL League One Most Valuable Player and Golden Boot Winner Emiliano Terzaghi, the club announced Tuesday. Terzaghi will return to Richmond on a multi-year contract that will keep him at the club through the 2022 season.

"Emiliano was very dynamic this past year for us and he was rewarded with recognition from the league and from our supporters,” said Richmond Chief Sporting Officer and Head Coach Darren Sawatzky. “He is a leader in our locker room and we are happy that he, his wife Ornella, and his daughter Josefina are committed to Richmond and what we are building here. He is a top professional and a lethal goalscorer; it's very exciting to build on the 2020 season with the MVP of USL League One".

Terzaghi initially signed with the Kickers in January of 2020 after an extensive career in his home country of Argentina. In his first season in the United States, Terzaghi made 15 appearances for the Kickers, starting in all but one of those matches.

Terzaghi opened his account in the first match of the season, scoring in his Kickers debut on the road at Greenville. From there he would go on a streak of scoring eight goals in seven matches between August 8 and September 23, shattering the league record for consecutive games with a goal.

“I must say we have a great coach with all his work with the team,” expressed Terzaghi. “Darren is also a great person, I have no doubt that we will give everything again to achieve great goals for this team!”

In addition to winning the Golden Boot, Terzaghi earned 2020 All League First Team Honors and was named 2020 League One MVP by technical and leadership staff from clubs around the league.

“We are thrilled to have re-signed Emiliano for the 2021 and 2022 seasons,” added Kickers Chairman Rob Ukrop. “Emi made an immediate impact on our Kickers team with his goalscoring as he helped to lead us within minutes of qualifying for the 2020 USL League One Final. We look forward to seeing his wife, Ornella, and his young daughter, Josefina, cheering him on at City Stadium for the next two years.  We appreciate the way the RVA community has embraced Emiliano and his family, and look forward to more success on and off the field in 2021 and beyond.”